Posted on December 4, 2014 by lmharnisch 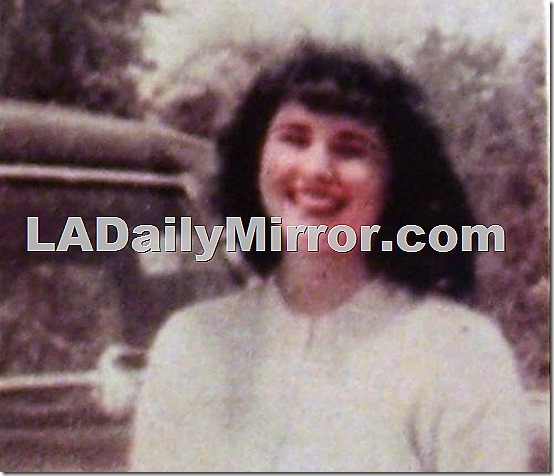 At long last, we finish our examination of the Georgette Bauerdorf case with many questions unanswered. Without more information, we can only speculate about many aspects of the killing. For that matter, we can merely guess about what Georgette’s life might have been like had she not been killed.

I undertook this little project primarily to demonstrate the differences between Georgette’s case and the 1947 killing of Elizabeth Short. Following the lead of some of the more sensational newspaper coverage of the era, several crime books have attempted to link the cases to more murders of the era to show that there was a serial killer at work in Los Angeles. But a close and careful examination of the Bauerdorf and Short cases shows that there was no relationship.

Consider the sharp differences between the two victims:

They were close in age: Georgette was 20 when she was killed; Elizabeth Short was 22. But they were on opposite ends of the socioeconomic scale.

Georgette was a wealthy, upper-class young woman who came from a well-to-do family. She attended exclusive girls’ schools. She lived in an upscale apartment in a relatively safe part of Los Angeles. She had a car.

Elizabeth Short was one of five girls raised by a single mother under severe financial hardships. The Short family was so impoverished that they couldn’t afford a telephone. Elizabeth Short never finished high school.  When she was in Los Angeles, she was leading a transient, semi-homeless existence, living wherever she could find someone to take her in for a month or two. She was known to spend the night in an all-night movie theater because she had nowhere to live. She used the streetcar and the bus or got a ride from someone. She often walked.

Georgette was raped on the floor of her bedroom and strangled with a piece of fabric rammed down her throat. The killer later put her body in a bathtub and ran hot water; he tried to clean up the bloodstain on the rug and attempted to remove the fabric from her throat, tearing it because her jaws were clenched in rigor mortis. He took an undetermined amount of money and the car keys from her purse, which was otherwise undisturbed, then stole the car and abandoned it 10 miles away.

Elizabeth Short was killed in an unknown location and died of shock and loss of blood. She was struck in the forehead multiple times and her mouth was slashed. The killer engaged in extensive postmortem mutilation and cut her body in half, draining it of blood – a process that required running water. The two sections of the body were transported to another location and left just off the sidewalk.  According to the coroner’s examination, she had not been raped.

Georgette Bauerdorf and Elizabeth Short had this in common, however: They were both high-risk victims.

Georgette had brief encounters with a large number of servicemen passing through Los Angeles, either on leave, en route to their next assignment or in town for training. She gave these men money, she took them to nightclubs and picked up the tab, she gave them rides when they were hitchhiking and she let them spend the night at her apartment.

In her six or seven months in Los Angeles, Elizabeth Short had brief encounters with a large number of servicemen, ex-servicemen and random other men who felt sorry for her. These relationships usually consisted of a meal, a ride, a night on the town, or some sightseeing  and then it was over. She frequently asked these men for money on the pretense of having trouble cashing a check or on some other pretext, but not always.

With this behavior, possibly motivated by patriotism in Georgette’s case and by the need to survive  in Elizabeth Short’s case, both of these young women raised the odds significantly of encountering one man who would react the wrong way.

And, tragically, they did.

A special thanks to the Los Angeles Public Library for use of its photos and to Steven Bibb, for his generosity with photos and clippings.