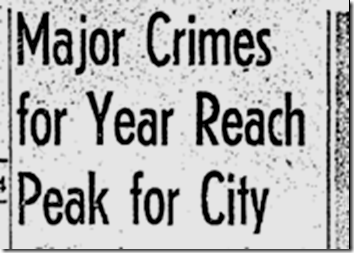 There are many ways to portray 1944 in Los Angeles, when Georgette Bauerdorf was killed. We might talk about the upcoming presidential election in which Democrat Franklin Roosevelt would defeat Republican candidate Thomas E. Dewey for a fourth term. Or the current movies, although it’s likely that only the most hardcore TCM viewers have seen “Wilson,” “The Merry Monahans” “Maisie Goes to Reno” or “I Love a Soldier.” Much of the Daily Mirror has been devoted to the popular culture for 1944 and Life magazine has provided the basics of World War II, so there’s a fair amount of context.

So before getting into the Bauerdorf case, let’s focus on crime in 1944.

One of the major trends in the year of Bauerdorf’s death is the expectation that World War II would be ending soon. Of course, it did end, but not as quickly as some people thought. Newspapers were posting daily items on how many miles the Allies were from Berlin, but the Battle of the Bulge was still coming up in December.

In examining the papers for 1944, we find many stories speculating about what life would be like for returning servicemen. As you may recall, Life recently devoted an entire issue, intended for service personnel overseas, examining all the ways America had changed while they were gone.

The mental condition of these returning servicemen was of particular concern to the nation’s police administrators, who were worried that former GIs would come back with lots of firearms as war trophies — which is exactly what happened.  But police officials’ concerns were well placed: By March 1946, a year and a half after the Bauerdorf killing and seven months after the end of the war, 22% of San Quentin’s inmates were World War II veterans.

Los Angeles in 1944 was in the midst of a sharp increase in crime, which eventually prompted the Los Angeles Examiner to post it famous list of daily crime statistics on the front page.

And because the Bauerdorf case was a rape and homicide, let’s take a look at the LAPD statistics on homicides involving sex from 1936-37 to 1946, for a man killing a woman (notice that the LAPD switched from fiscal year to calendar year in 1939):

The Los Angeles County Sheriff’s Department, which investigated Bauerdorf’s death, recorded a similar increase, although the metrics are slightly different because county used the fiscal year (July 1, 1944, to June 30, 1945) rather than the calendar year used by the LAPD.

In 1944-45, Bauerdorf’s killing was the only one recorded by the sheriff’s Hollywood station, and there were no homicides in 1943-44 (one case of manslaughter was reported for each period).

Compared to other sheriff’s stations, West Hollywood was fairly safe:

Seven felonious assaults, compared to 99 in East Los Angeles and 83 in Firestone, but more than Malibu (3).

Here are the leading crimes for the Hollywood station for 1944-45: 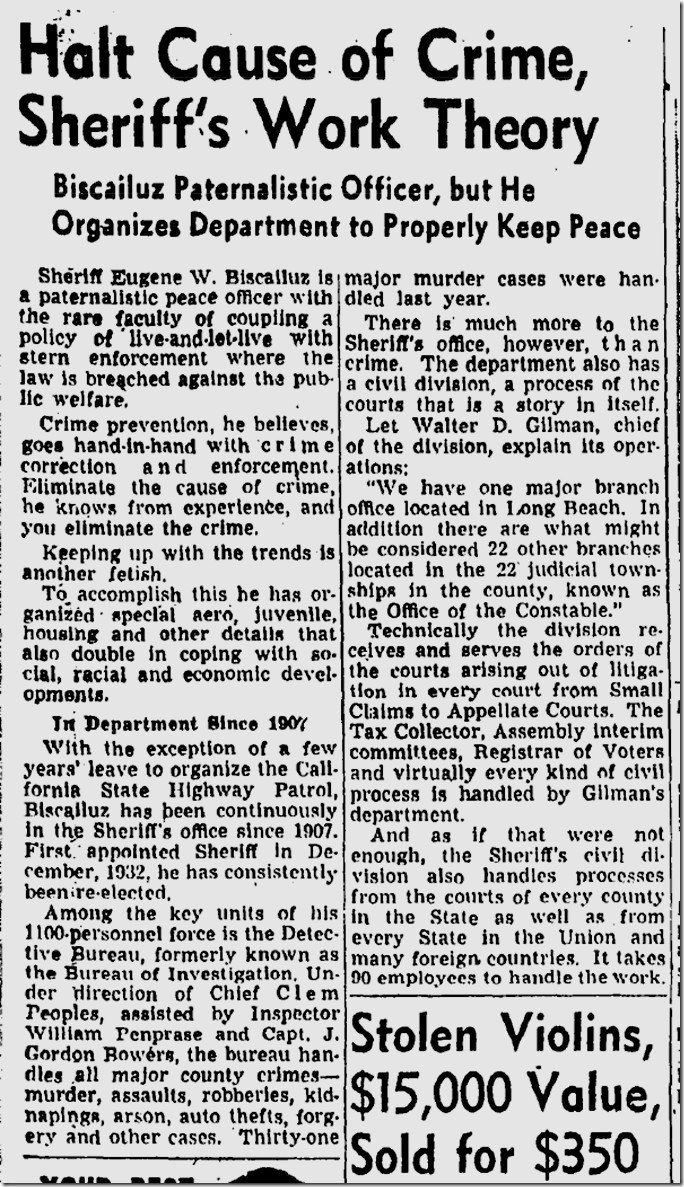 I am retired from the Los Angeles Times
View all posts by lmharnisch →
This entry was posted in 1944, Cold Cases, Crime and Courts, Hollywood, LAPD and tagged #Sheriff's Department, 1944, Cold Cases, crime and courts, Georgette Bauerdorf, hollywood, lapd. Bookmark the permalink.