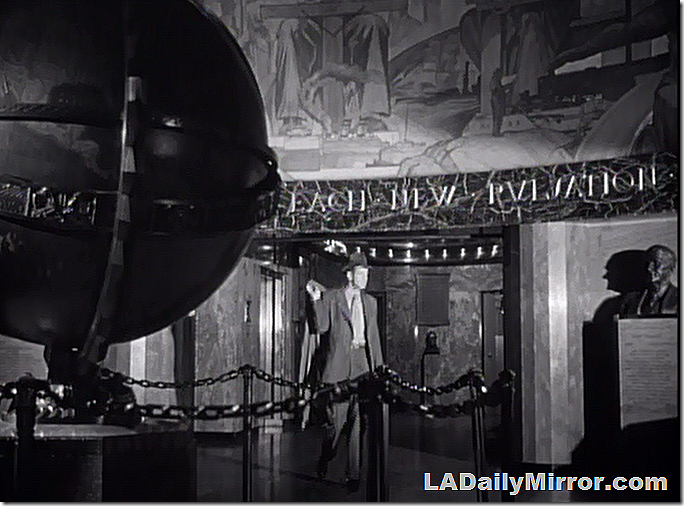 Here’s another sequence from “The Underworld Story,” an especially interesting one that features the Globe Lobby in the old Los Angeles Times Building. Leading man Dan Duryea walks through the lobby. That’s the bust of Harry Chandler in a space that was later occupied by a bust of Otis Chandler.

As I pointed out previously, the Times Eagle wasn’t installed in the niche next to the pay phones when the movie was filmed in 1950. The Eagle was on the roof until it was taken down because of smog damage.

Here’s the second shot. Notice that there appears to be some latticework, no longer present, on either side of the doors.

Duryea looks up and lights a match on The Times ode to “industrial freedom” (the open shop).

Duryea walks out onto the sidewalk on 1st Street (across from the California State Building seen in “Illegal.”)