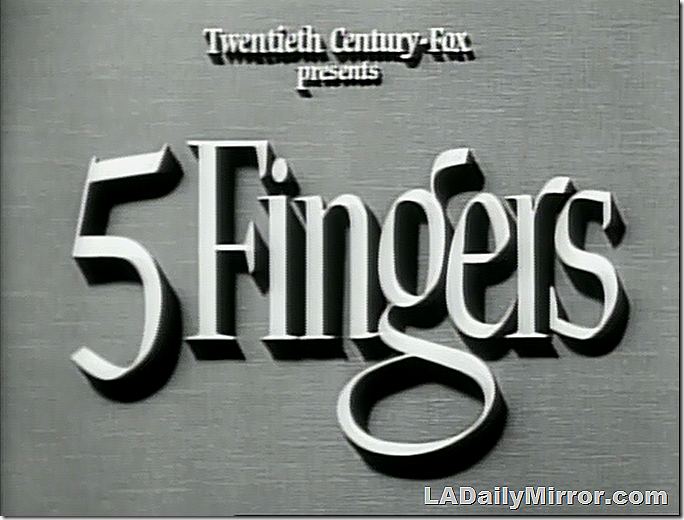 “5 Fingers” is available on DVD from TCM.

Those who may fear that the old days of silken spy films are as dead as the gone days of diamond tiaras and princely diplomacy can now settle back in the comfort and the tingling satisfaction to be had from Twentieth Century-Fox’s “Five Fingers,” which arrived at the Roxy yesterday. For here, in this literate entertainment Joseph L. Mankiewicz has made with a cast that might well have been recruited at an embassy function in pre-war Berlin, is as dandy an espionage thriller as ever went through the polished hands of a Grahame Greene or an Alfred Hitchcock — or for that matter, an E.P. Oppenheim.

And what’s more, added to the relish of this spicy adventure that is played in a particularly suave and crafty manner by James Mason in the central spy role is the fact that the story of it is almost a literal account of a fantastic piece of spy work that was accomplished in Ankara, Turkey, in 1944. The story has since been recounted by a former attache of the German Embassy there in a book called “Operation Cicero.” It is this book by L.C. Moyzisch upon which the film is based.

…. Mr. Mason and Miss Darrieux are magnificently poised and efficient. He embraces entirely the manners and air of a devilishly clever European who is an unmitigated rascal at heart, and she is as stirring but elusive as an indescribably elegant perfume.

For Tuesday, we have a mystery gent. He is skeptical about such goings-on.

Update: This is Oskar Karlweis.

For Wednesday, Tuesday’s mystery gent has a mystery companion – who does NOT approve of such goings-on.

Update: This is Oskar Karlweis and Herbert Berghof. (And a better picture of Berghof).

And also this polished mystery gent.

Update: This is Walter Hampden.

For Thursday, we have a not terribly mysterious gent. The leading man has been cropped out due to his insufficient mysteriousness. He will appear Friday, as will our leading lady.

Update: This is Michael Rennie. Here’s a better picture him, after “Day the Earth Stood Still.” 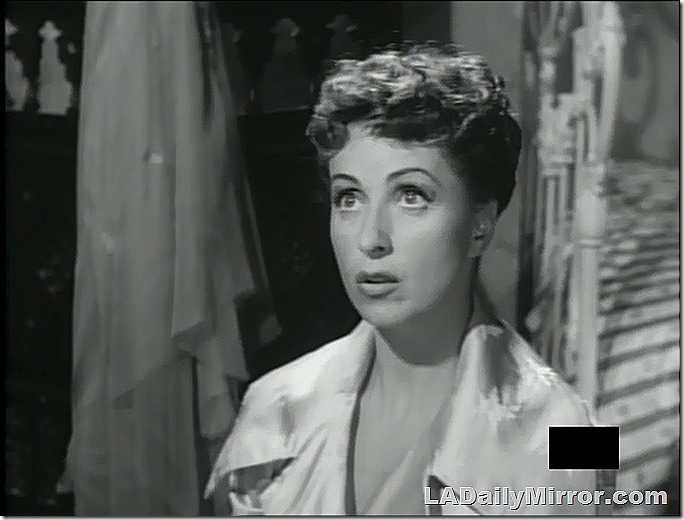 For Friday, we have our non-mysterious leading lady….

Update: This is Danielle Darrieux.

… and our even less mysterious leading man.

Update: This is James Mason.