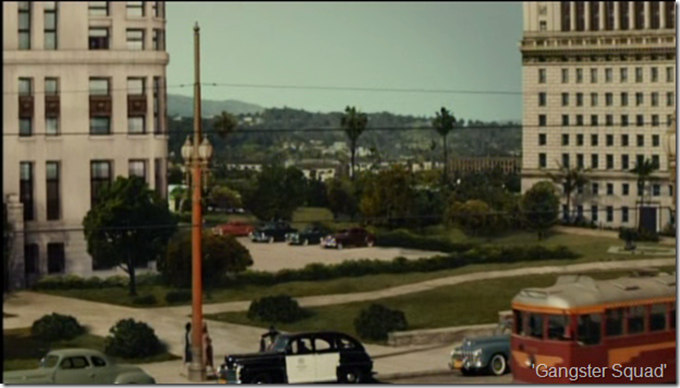 If you are cursed with the memory of having seen “Gangster Squad,” you may recall this ridiculous shot of Spring Street from City Hall. In last week’s mystery movie, “Illegal”  (1955) we have the actual location, now occupied by Grand Park. 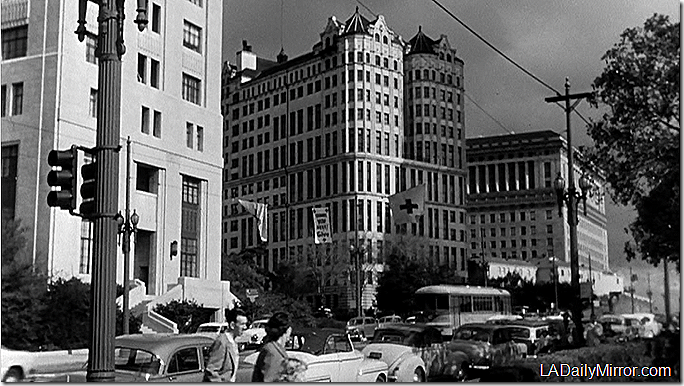 At the left, we have the California State Building, the Hall of Records and the Hall of Justice.

Fortunately, the California State Building is used as a court building in the film, so there are several shots of the exterior and interior. 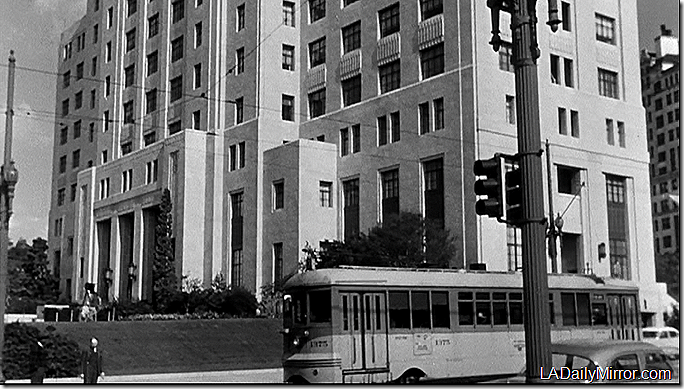 The exterior of the California State Building. 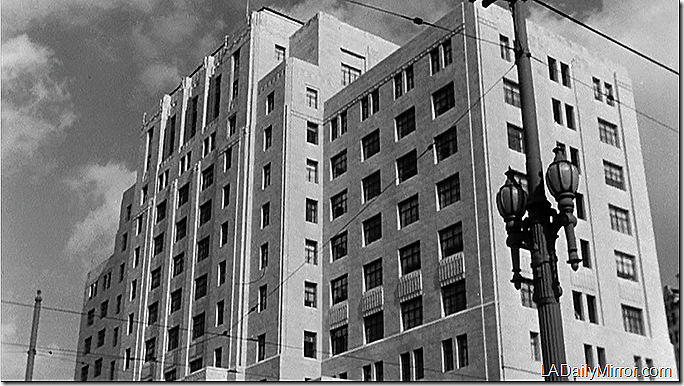 The camera pans up to show the top of the building. 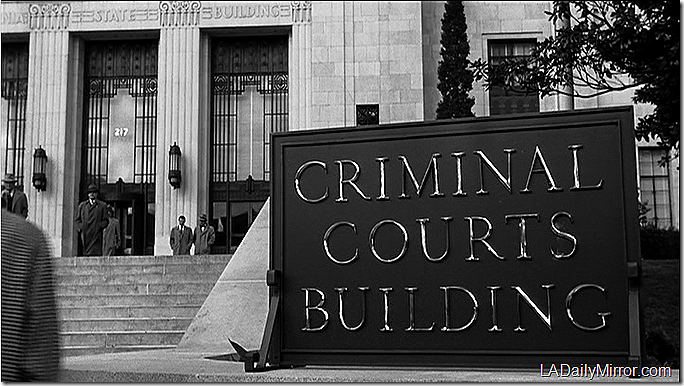 Here’s the front of the building, with “State Building” clearly visible above the entrance. 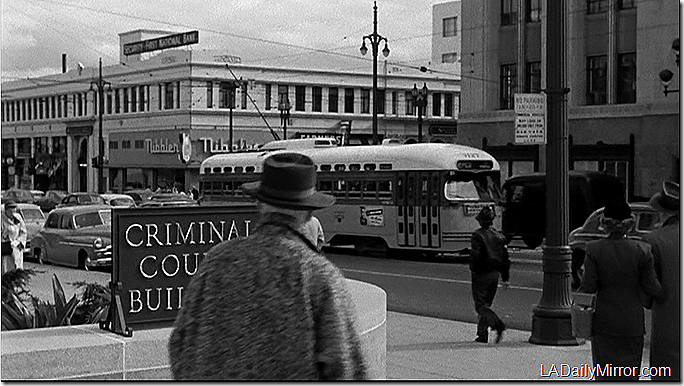 The reverse angle shows 1st and Spring with the Nibbler on one corner (now the site of the Police Administration Building) and the Los Angeles Times Building. 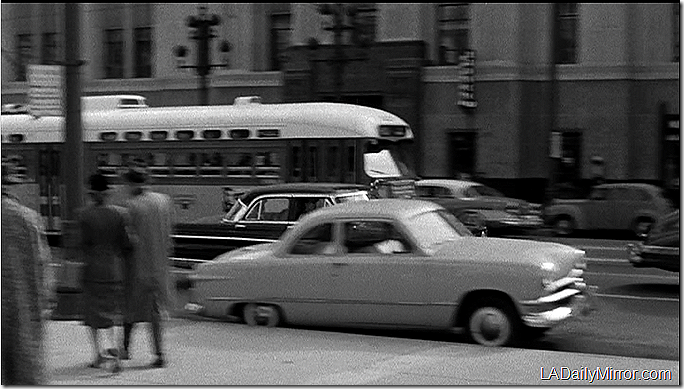 The camera pans to show the entrance to the Globe Lobby (blocked by a streetcar). Note the barbershop sign. 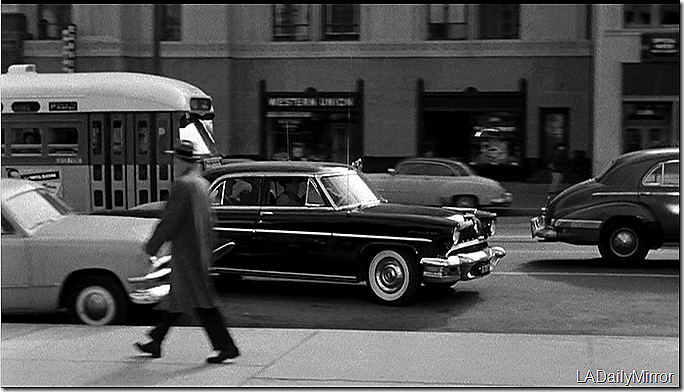 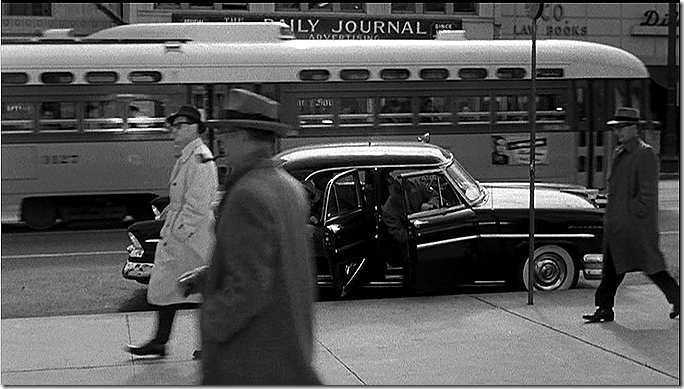 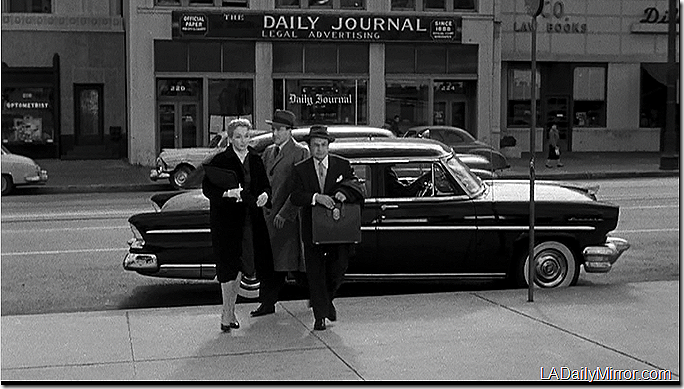 And next to The Times, the Daily Journal and a bookstore. 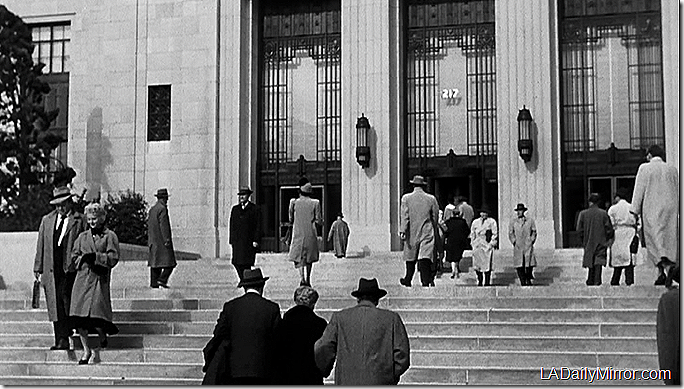 And a reverse angle showing the entrance of the building.

And here are their stand-ins.

Next: The interiors of the California State Building.