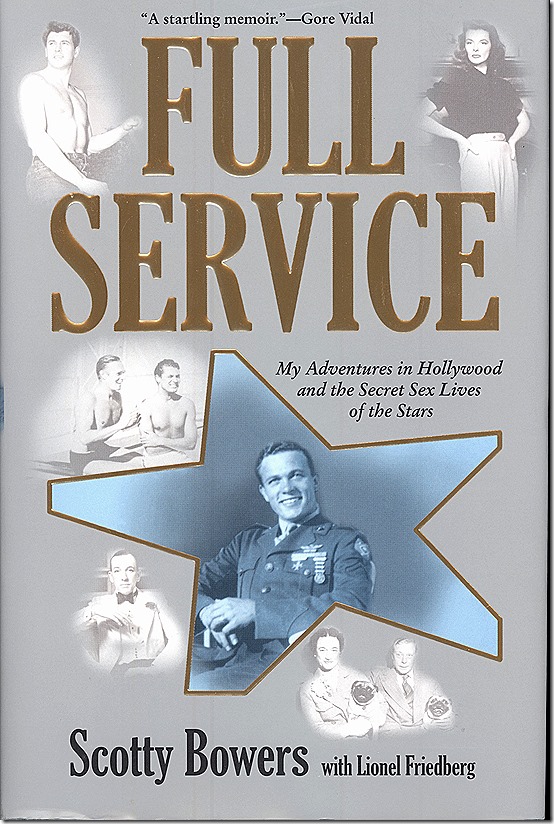 Scotty Bowers has left the building. Reminder: Everything he said is a lie.

Scotty Bowers’ mountain of lies is not the hill I care to die on. But be assured that he has told a mountain of lies. Have you seen even one photograph of him with one of his alleged amours? Scotty and Spencer Tracy? Scotty and Katharine Hepburn? Scotty and, well, any A-list celebrity, really? Rin-Tin-Tin? Trigger? Flipper? Nellybelle?

His book (and I refuse to waste my time on the movie) is full of lies and anachronisms: In the days before cars had air conditioning, Walter Pidgeon tools around Hollywood in the summer with the windows rolled up. A car crunches up the gravel driveway of a house that doesn’t have a driveway. Scotty hides in the closet of a bedroom that has no closets.

On and on and on.

Impressionable and naive audiences (and reporters lacking the essential skepticism of their trade) may be impressed by the old coot who tells whoppers about Hollywood in the Golden Age, but for the rest of us, life is just too short for such nonsense. See also: Kenneth Anger, Darwin Porter, E.J. Fleming, John Gilmore, and the five-foot shelf of Hollywood trash.