Black Dahlia: A New ‘Suspect’ (Who Isn’t Dr. George Hodel) and a New Dimension in Lunacy

Nobody does “true” crime stories quite like the Brits. And the Daily Mail is all over this one.

And that it WASN’T Dr. George Hodel?

That is the totally crazy theory of “retired cold case detective” John Cameron, who calls himself “Cold Case Cameron” and is the author of “IT’S ME, Edward Wayne Edwards, the Serial Killer You Never Heard Of.”

I’ve seen a lot of crackpot stuff written about the Black Dahlia case but this takes it to a whole new level of absurdity. And the sad thing is that somewhere, someone is going to take this nonsense seriously. He’s a retired police detective…. he must know what he’s talking about. (Does that remind you of anyone else?) 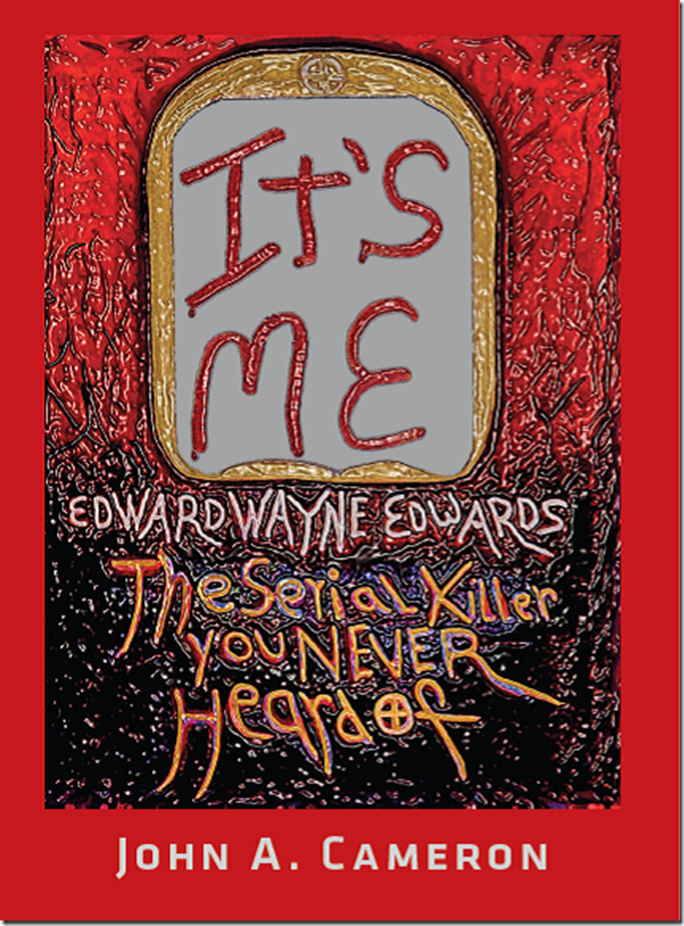 Let’s do some elementary math.

Elizabeth Short was killed Jan. 15, 1947, when Edwards was (wait for it)  13 years old. Which, if it were true, would surely be a record in the annals of crime. Except that when Suzanne Degnan was killed in January 1946, Edwards was 12.

And in case you are wondering what Edwards was actually doing in October 1946, according to his autobiography, he had vandalized a church. And burned a Bible. Never mind that according to “Cold Case Cameron,” he had already killed three women. 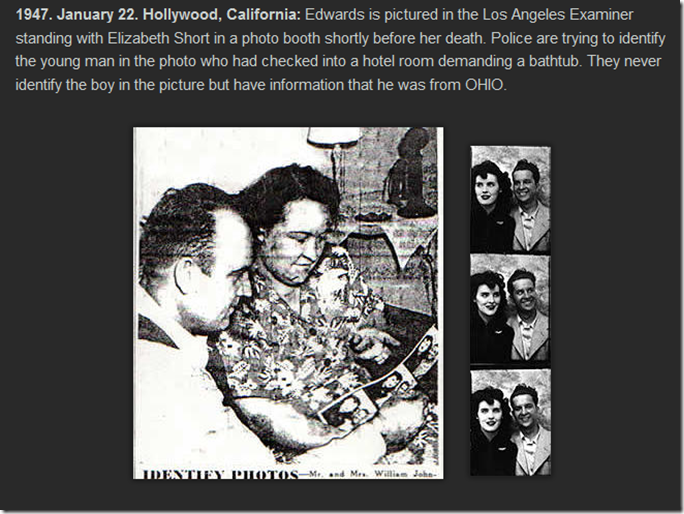 According to “Cold Case Cameron,” the strip of photos on the right shows his subject Edward Wayne Edwards. Who was 13 years old at the time.

Wow. I don’t know how anybody could look at these two pictures and and say that they are the same person. I, for one, am thankful that “Cold Case Cameron” has retired.

This book is listed on Amazon. I think the reviews are my favorite part: 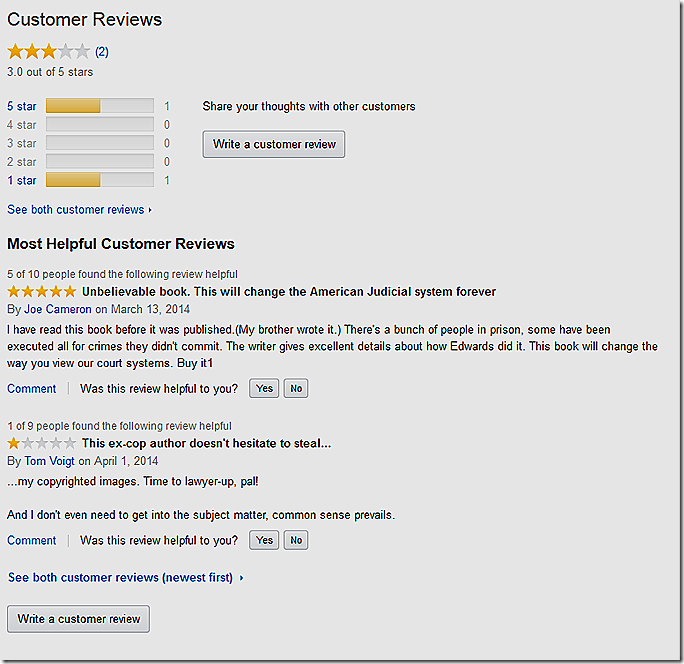 A five-star review from the author’s brother and threats of a lawsuit.

Another illustration of what I have said for years: It is impossible to say something so outlandish and ridiculous about the Black Dahlia case that it won’t attract at least a few followers.

12 Responses to Black Dahlia: A New ‘Suspect’ (Who Isn’t Dr. George Hodel) and a New Dimension in Lunacy