The Death of Ted Healy — Part 7

Before going further into the death of Ted Healy, I thought it would be interesting to look at the club where the incident occurred,  The Trocadero, which opened in 1934 and closed in 1940. Previously the Colonial Tea and Gift Shop (1925) and briefly the Chateau Trianon (mid-1934), the club was popular with Hollywood celebrities from the opening and was featured regularly in The Times in Kendall Read’s Around and About Hollywood and the Chatterbox society column.

And then there’s the Thelma Todd connection.

The exterior of the Cafe Trocadero in a photo from Security Pacific National Bank collection, now at the Los Angeles Public Library.

The vicinity of the Cafe Trocadero, via Google Street View.

An Oct. 14, 1934, feature on the pastimes of the the movie stars (midget auto races, roller skating and drive-in movies were also popular) noted: 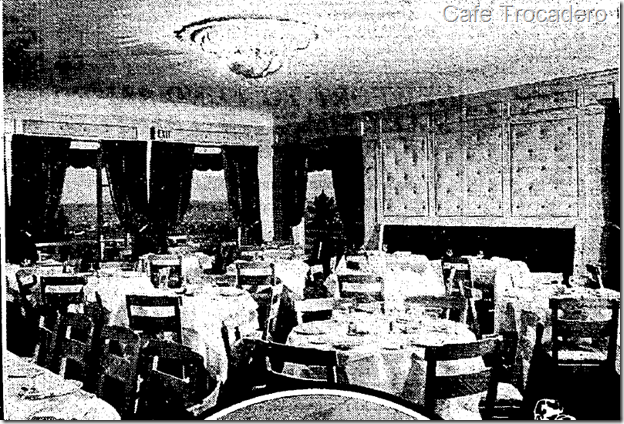 This is the “main dining and dancing salon,” according to a full-page ad.

Phil Ohman and the Trocadero Orchestra on the cover of “Lost,” from the Los Angeles Public Library’s sheet music collection.

Jan. 27, 1935: It was the spot where Greta Garbo either did or did not snub Marlene Dietrich: 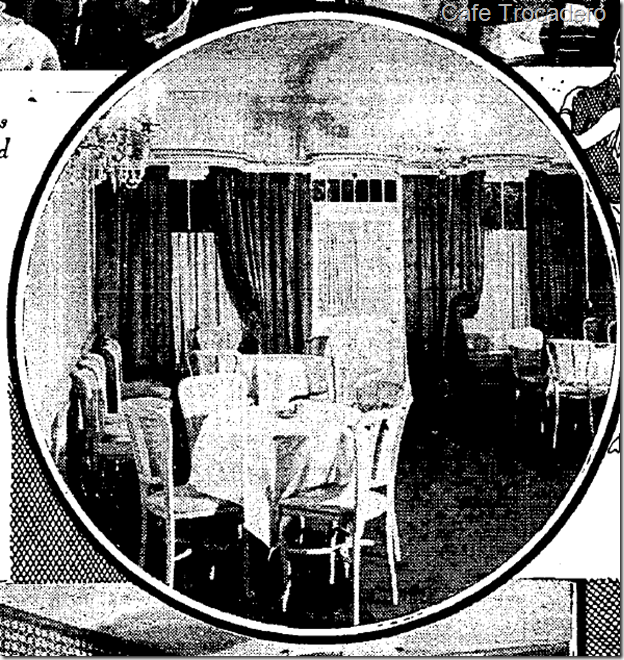 And it was the site of an occasional fracas:

April 26, 1935: Who threw the glass on New Year’s Eve that knocked out film writer Lon Young?

The stairs to the French Grill…

Dec. 17, 1935: Thelma Todd is seen at a party at the Trocadero shortly before her death. 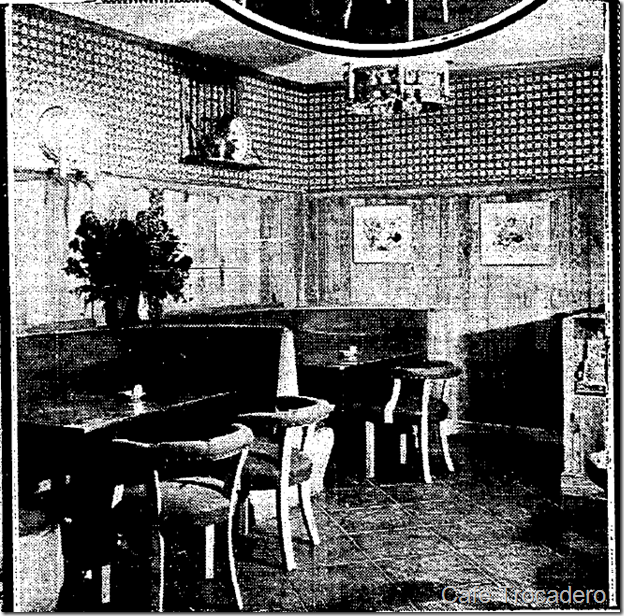 The only image I can find of the bar is this line drawing from a 1934 ad in The Times.

And then it was over.

I am retired from the Los Angeles Times
View all posts by lmharnisch →
This entry was posted in 1934, 1937, Film, Food and Drink, Hollywood and tagged #Wikipedia, 1937, Ted Healy, Thelma Todd, Three Stooges, Trocadero. Bookmark the permalink.

9 Responses to The Death of Ted Healy — Part 7