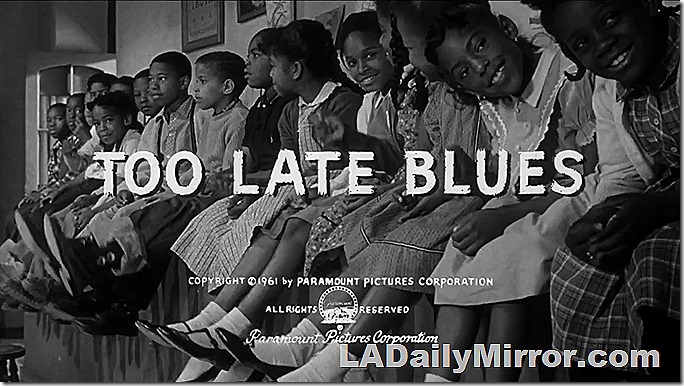 Produced and directed by John Cassavetes.

Too Late Blues is available on disc and streaming from Amazon.

Be sure to read E. Yarber’s extensive comments on the film!

Too Late Blues was another random selection. I’ve had a soft spot for John Cassavetes since a family acquaintance appeared in Faces (1968). Plus Shelley Manne, Benny Carter and David Raksin? I’m in.

All that Too Late Blues needs to make it one of the best movies ever about jazz musicians is substance. Granted, this is a mighty big “all.” Furthermore, the romantic attachment of an arrogant, hardheaded young pianist and a lippy wanton, their ricocheting in and out of grubby bars, pool halls and hotel rooms with the man turning to a moneyed paramour and the girl to outright prostitution couldn’t be more sunless or dismal. Or more penetrating, we might add.

Bobby Darin and Stella Stevens are co-starred in this curious but sordidly fascinating fragment of a film that Paramount unveiled yesterday in neighborhood theaters…. Very little happens, even less than in Paris Blues, in a film about five times uglier. 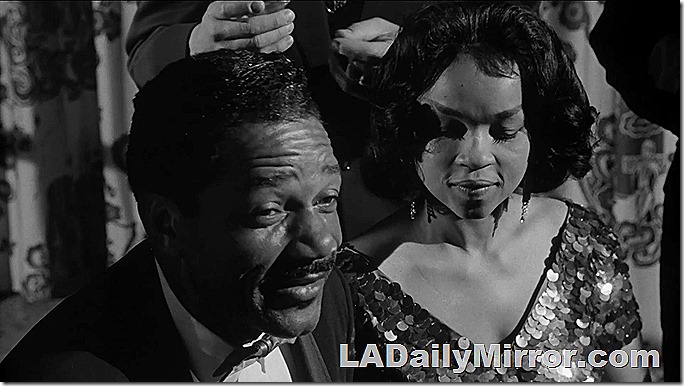 For Monday, we have two mystery guests.

Update: This is Slim Gaillard. The woman is as yet unidentified. 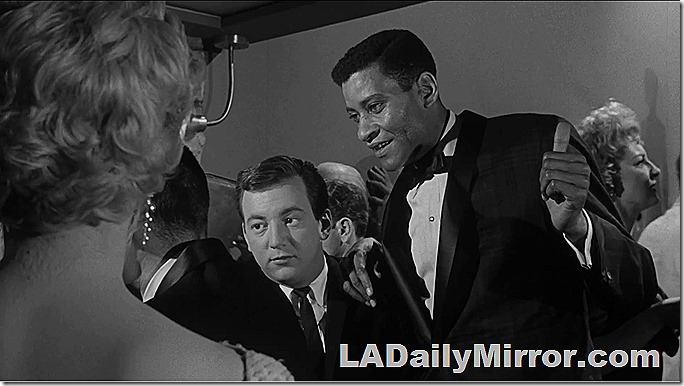 For Tuesday, we have a mystery fellow. His companions have been cropped out due to insufficient mysteriousness and will appear Friday.

Update: For Friday, we have our mysterious leading man.

Update: This is Bobby Darin, left, and Rupert Crosse. Stella Stevens is Back of the Head Woman. 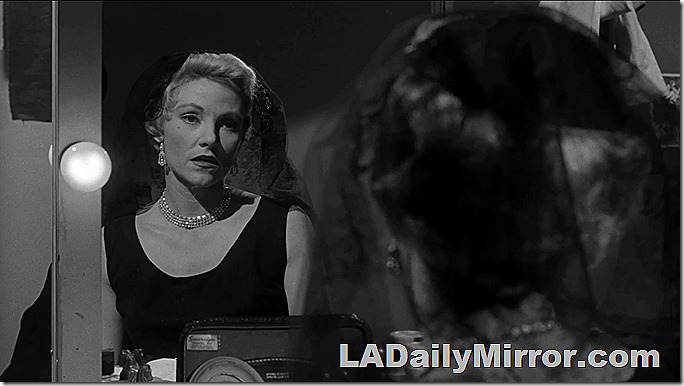 For “Hm Wednesday,” we have this mystery woman in an arty mirror shot.

Update: This is Marilyn Clark. 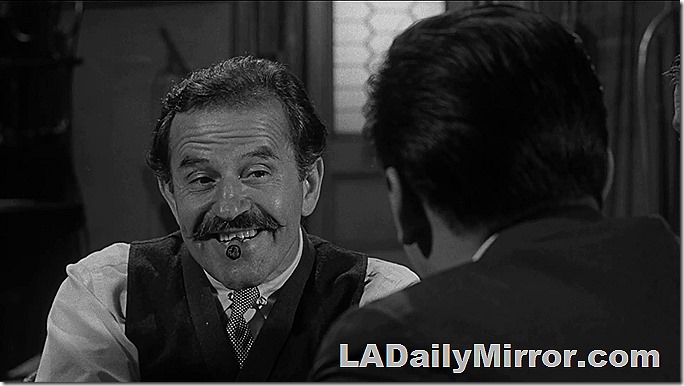 And we have this mystery fellow with Back of the Head Guy.

Update: This is Nick Dennis and Bobby Darin as Back of the Head Guy. 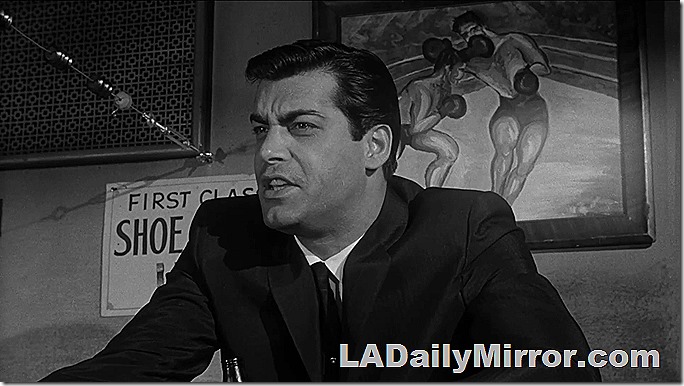 For “Aha Thursday,” we have this mysterious fellow.

Update: This is Cliff Carnell. 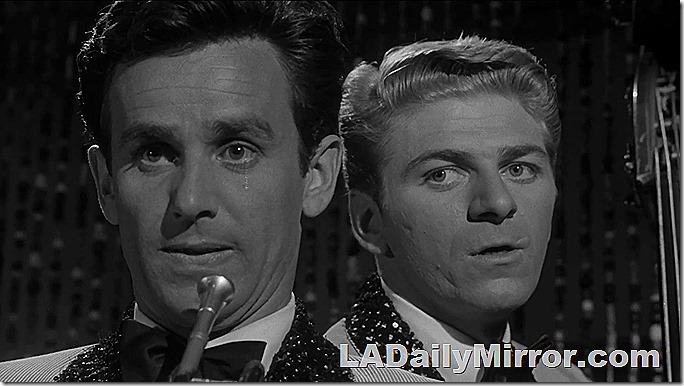 We also have these mysterious musicians.

Update: This is Richard Chambers and Seymour Cassel. 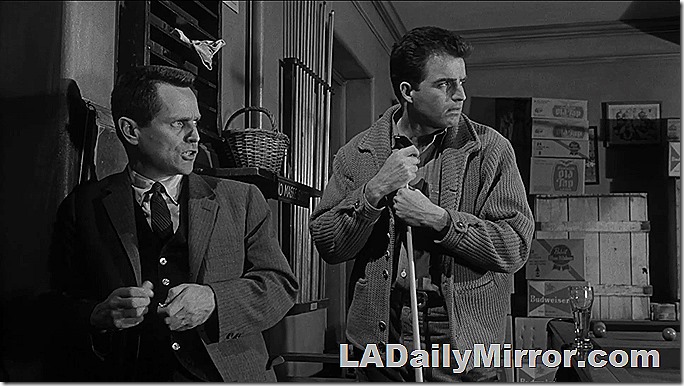 And finally, these mystery gents.

Update: This is Everett Chambers and Vincent Edwards, just before Edwards got the starring role in Ben Casey, one of the hit TV shows of the 1960s. 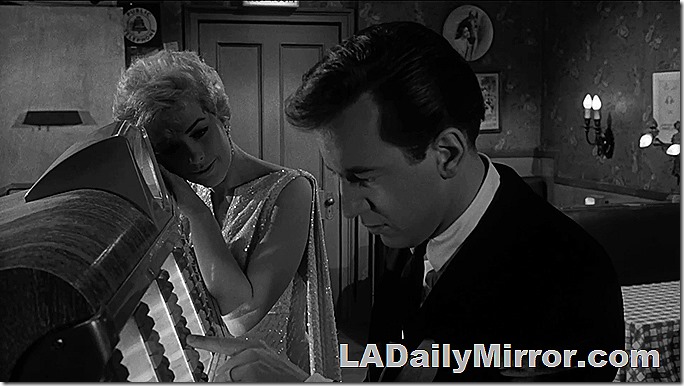 For Friday, we have our mysterious leading man and leading lady.

Update: This is Stella Stevens and Bobby Darin.

I am retired from the Los Angeles Times
View all posts by lmharnisch →
This entry was posted in 1961, Film, Hollywood, Mystery Photo and tagged #Jazz, 1961, Bobby Darin, film, hollywood, John Cassavetes, mystery photo. Bookmark the permalink.