“Fear” is available on DVD from TCM.

Trivia note: Monogram switched titles on “Fear,” which was produced and advertised as “Suspense.” The studio took the title for a film starring Belita and Albert Dekker, originally produced as “Glamour Girl.” The original “Suspense” was then released as “Fear.”

The New York Times didn’t bother to review “Fear,” so we must turn to the trades.

Except for a contrived trick ending, which may disappoint and even displease some picture-goers, this psychological murder melodrama is a fairly good program picture of its type. Revolving around the frustration of a poor but brilliant medical student, who resorts to murder to finance a discontinued scholarship, the story arouses one’s interest from the start, and it is filled with many suspenseful situations. The ending, however, where it is revealed that what happened had been a dream, gives the spectator a sharp letdown, as well as a feeling that he had been cheated, for it had not been established that the student had fallen asleep. obviously, this trick ending is an imitation of the one used in “Woman in the Window,”
but unlike that picture, the device is disappointing instead of surprising. Otherwise the picture has many praiseworthy assets, such as good direction and acting.

Gripping murder story well played, directed and produced. Should lure them to the box office.

This is a gripping murder story that has been well directed, produced and acted. It has good performances by its co-stars, Peter Cookson, Warren William and Anne Gwyne, with Nestor Paiva, a coin-tossing detective, Francis Pierlot, James Cardwell and Almira Sessions heading the supporting case.

Alfred Zeisler not only handled the direction, but also co-authored the original story and co-scenarized the screenplay.

For Monday, we have a quite formal mystery gent and his less formal mysterious companion. For a change, the audience approves of such goings-on!

Update: This is Fairfax Burger. 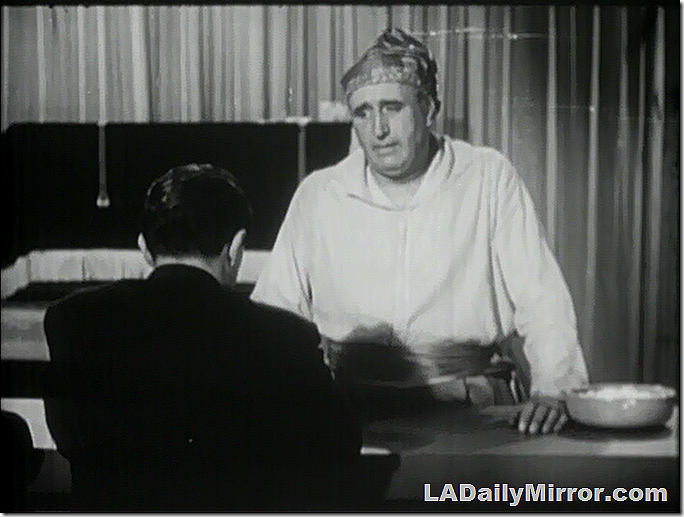 For Tuesday, we have a mystery gent with Back of the Head Guy, who will show his face Friday.

Update: This is Paul Newlan and Peter Cookson as Back of the Head Guy.

For Wednesday, we have Oh Her. She does not approve of such goings-on.

Update: This is Almira Sessions. 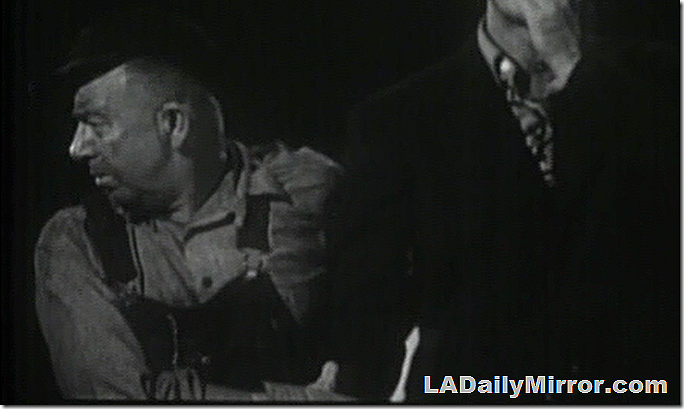 Also for Wednesday, we have a mystery guest. The leading man has been cropped out due to his lack of mysteriousness.

Update: This is Chester Conklin and Peter Cookson. 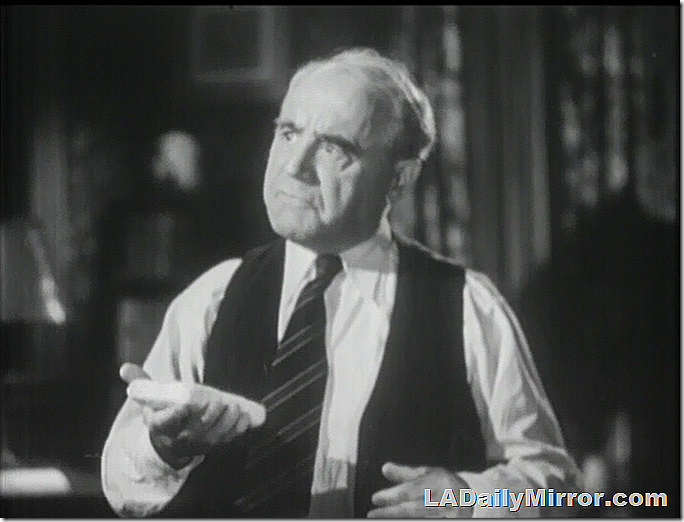 For Thursday, we have a mystery guest who does not approve of such goings-on.

Update: This is Francis Pierlot.

Also, we have this not terribly mysterious guest.

Update: This is an incredibly young Darren McGavin. 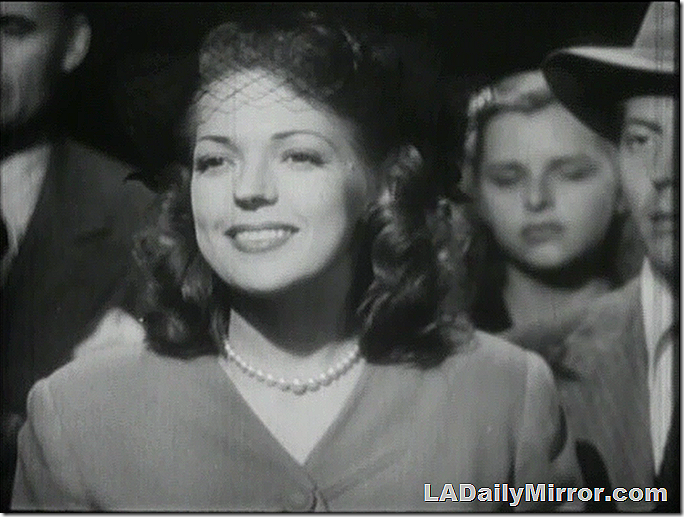 For Friday, we have our mystery leading lady….

Update: This is Anne Gwynne. 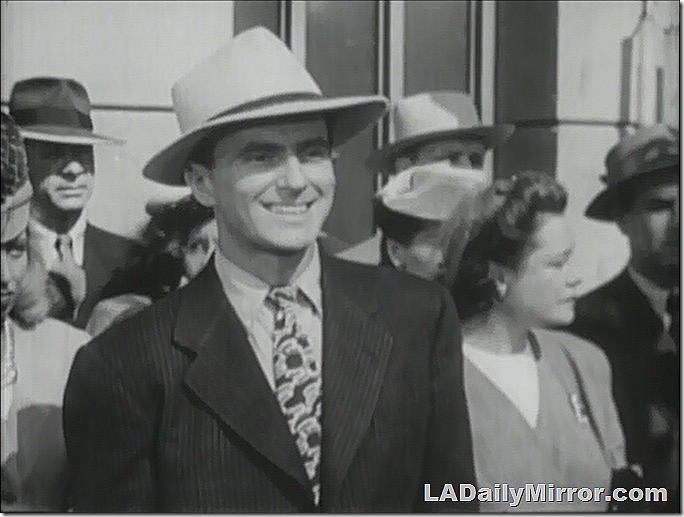 Update: This is Peter Cookson.

Update: This is Warren William in his next to last film. He died of multiple myeloma in 1948.