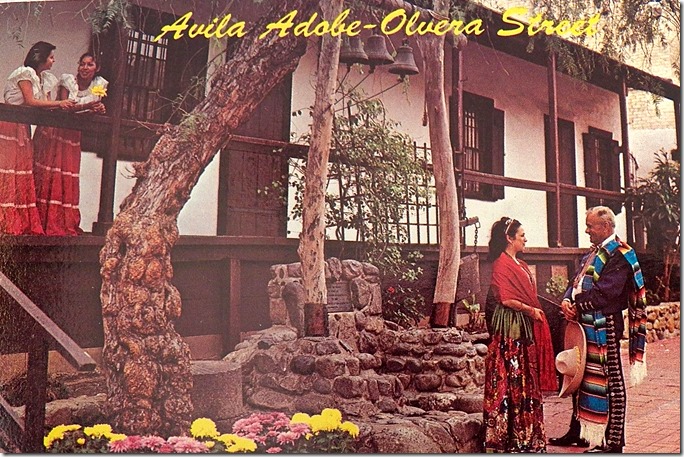 “A people that has lost touch with its historical past, forgotten its traditions and wasted its heritage is as unfortunate as a man who has lost his memory. Without knowledge of the past, both the present and the future are meaningless.”

Long before Los Angeles or Hollywood possessed any historic preservation organizations fighting to save architectural, cultural or historically significant buildings, Los Angeles Times Editor and Publisher Harry S. Chandler astutely summed up what preservation is all about: saving structures that help define a sense of identity and place, showing where we as a society and people come from.

Throughout its history, the city has often turned a blind eye to its past, demolishing buildings reflecting the daily lives of both ordinary and powerful citizens trying to make an impact on their own time and place. These sites and buildings often reveal the history of less powerful citizens of the time, those of other races, cultures, and orientations that are often written out of historical texts.

The Avila Adobe in 1929, via the Los Angeles Times.

It took the overpowering passion of a transplant from Northern California, Christine Sterling, to save and then rehabilitate in a new form what is now Olvera Street in the Plaza, promoting what was is now called adaptive re-use. Taking the story of Olvera Street to the media and people of Los Angeles, Sterling acknowledged the Spanish history of our city in this one street in a romanticized fashion, remembering the multicultural and ethnicity of the people that originally populated the area.

Olvera Street had originally begun as Wine Street, thanks to vineyards and wineries nearby. In 1877, the short throughway was renamed Olvera Street in honor of Agustin Olvera, Los Angeles County’s first judge and supervisor who fought for Alta California in the Mexican American War and helped negotiate peace with the Americans in 1847. By the 1920s, the area had been abandoned by ruling white elites as they moved the city center south and west, leaving the street and area around the Plaza neglected, filthy, and down on its luck, home to bootleggers and machine shops.

Sterling, born Chastine Rix in San Francisco in 1881, discovered the area when she, her husband, and two children moved to Los Angeles in the early 1920s, coming to love the Spanish and somewhat romanticized version of the city’s past. Saddened and disappointed in what was left of the original section of the city in 1928, she began speaking out about its dilapidated appearance, particularly the forlorn condition of the Avila Adobe.

Built by one of the original pobladores and twice mayor of Mexican Los Angeles, Francisco Avila, in 1818, the city’s oldest extant residence, the home had become has rundown as the area surrounding it, full of holes and cracks letting rainwater leak through the roof. City fathers condemned the structure to demolition, but Sterling spoke out to preserve it.

Drawing on American history to entice white Los Angeles save the adobe, Sterling erected a sign on the roof, per the December 12, 1928, Los Angeles Times. The sign noted that the home was once the headquarters of Commodore Robert Stockton and Gen. John C. Fremont, and acknowledging the bravery of Kit Carson and others in defeating Gen. Andres Pico in 1847, leading to the American annexation of California through the Treaty of Cahuenga on January 13, 1847.

By February 15, 1929, Civic organizations and women’s clubs pledged their assistance to Sterling to restore the building, and Los Angeles Parlor No. 45 of the Native Sons of the Golden West offered to help. The Henry-Weaver Roof Company donated fine roofing paper that the Advance Roofing Company placed on the adobe while money was raised to replace the roof.

Sterling reached out to historic groups and the general population, giving talks to organizations like the Historical Society of Southern California while also giving interviews to local newspapers. She began promoting the idea of reconstructing the street a la Santa Barbara’s State Street to create a colorful open-air bazaar selling goods by local artisans from various Mexican states. Harry Chandler, editor and publisher of the Los Angeles Times, and president of Times-Mirror Company, rallied to her cause, printing many stories supporting her efforts to restore both the Avila Adobe and create a Mexican-style mercado.

On May 26, 1929, the Times ran a full page story wholeheartedly extolling “A Mexican Street of Yesterday in a City of Today.” Lavishly illustrated by Charles H. Owens, the piece noted that cleaning up Olvera Street and creating a romantic Spanish shopping area “…will be the painting on the canvas of today of a picture in the romantic manner,” an imagination of old Mexico and model for future simalcrum like the Grove and Disneyland.

Leading politicians and industrialists joined her cause over the summer as she held fundraisers and get-togethers at the Avila Adobe. Many saw this as a way to create a picturesque tourist attraction just across the street from what was intended to be the main train station for the city, though much of Chinatown would be demolished to make way for Union Station.

The City Council approved shutting the short street to vehicular traffic and allowing it to be tiled that summer, and later overturning Mayor Porter’s vetoes of these items in September. The few property owners not supporting the idea of turning Olvera Street into an open-air market appealed to the City Council, but once again the Council recommended closing the street and renovating the area. The Mexican Consul wholeheartedly supported the plan as well.

To help gain public approval and support for restoring Olvera Street, Sterling promoted a campaign to raise funds for paving the street with padre tiles costing 10 cents each, thereby costing the city of Los Angeles nothing. Prison labor would be employed in digging up the street and laying the tile.

Surveying and grading began on November 7, 1929, with city workers quickly finding a forgotten section of the zanja madre, the city’s original water supply. After excavating it, officials decided to create a special tile to be laid diagonally across the alley to represent the old water way.

On January 3, 1930, Constance Simpson sued the city and Sterling, asking for an injunction against closing the street and laying decorative tiles to exploit the “Spanish atmosphere.” Judge Gates allowed paving and work to continue, and finally rules against Simpson on September 30, 1931, noting that she was now receiving higher rents for her properties after the restoration and renovation work gentrified the area.

Called charming and quaint, newspapers around the country praised the shopping area for its beauty and suggestion of old Mexico, what the October 25, 1930, Washington, D. C. Evening Star called “Just the good old Spanish days in a condensed version.” Sterling herself wrote in her diary, “Olvera Street holds for me all of the charm and beauty which I dreamed for it because out of the hearts of the Mexican peoples spun the gold of Romance and Contentment.”

While some call Sterling the “Mother of Olvera Street,” others denigrate her for maternalistically romanticizing and sprucing up the history of the area, mostly without the participation of the actual peoples she hoped to memorialize. She would go to create a fake, cheap China recreation area called “China City” in 1938, which failed miserably and later was burned to the ground.

Sterling’s public shaming of the city for allowing its city center to virtually disintegrate did achieve important results in preserving some of the earliest buildings and history of the city. Then as now, historic preservation relies on dedicated and passionate history and architectural lovers tirelessly promoting vintage structures to remind the public of how they define the city’s past and evolution. Without historic preservation, future generations will be unable to feel a strong connection to Los Angeles’ past, and how former generations of residents defined their times and their city, connecting then and now.