The movie is available on DVD and Blu-ray from Amazon.

Billy Wilder’s “Fedora” is a fabulous relic, a grand old villa fallen slightly into disrepair. And if it seems outmoded, well, that is very much Mr. Wilder’s intention. “Fedora” is old-fashioned with a vengeance, a proud, passionate remembrance of the way movies used to be, and a bitter smile at what they have become.

It is rich, majestic, very close to ridiculous, and also a little bit mad. It seems exactly what Mr. Wilder wants it to be, perfectly self-contained and filled with the echoes of a lifetime; no one could mistake this for the work of a young man. Indeed, it has the resonance of an epitaph. That, too, seems a part of Mr. Wilder’s design.

For Monday, we have a distinguished mystery guest.

Update: This is Ferdy Mayne.

For Tuesday, we have a mystery child and Back of the Head Woman.

Update: This is Christine Mueller and Marthe Keller. 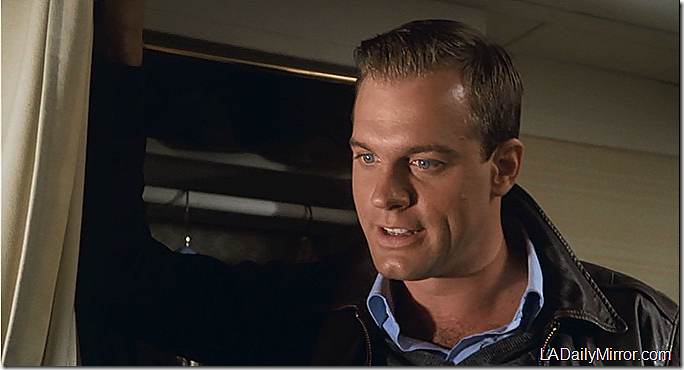 And for Wednesday, we have a mystery gent.

Update: This is Stephen Collins.

For Thursday, we have a mystery woman.

Update: This is Hildegard Knef.

Note to Lee Ann, Megan and Thom: This was a theatrical release, not a TV movie.

For Friday, we have a mystery woman and a (not) mysterious companion.

Update: This is Marthe Keller and William Holden.