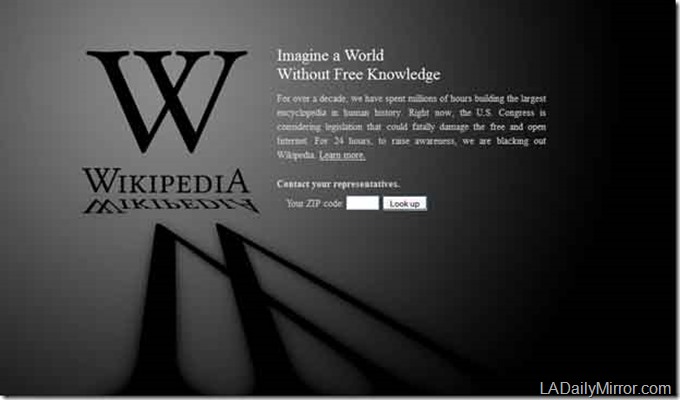 A regular reader forwarded the following post to me, regarding our go-to source for misinformation: Wikipedia.

Writing in The Daily Dot, E.J. Dickson describes surprise in discovering that a 2009 edit made to a Wikipedia entry as a college prank had spread all over the world.

“we were stoned out of our minds” and had just come from the McDonald’s drive-thru to get chicken selects when we decided to edit Wikipedia pages for various semi-obscure children’s book authors. (I think we also did one for R.L. Stine, but Evan says no.)

It was total bullshit: We knew nothing about Amelia Bedelia or the author of the series, Peggy Parish, let alone that she’d been a maid in Cameroon or collected many hats. It was the kind of ridiculous, vaguely humorous prank stoned college students pull, without any expectation that anyone would ever take it seriously. “I feel like we sort of did it with the intention of seeing how fast it would take to get it taken down” by Wikipedia’s legion of editors, Evan says.

The “Amelia Bedelia was a maid in Cameroon” factoid had been cited in a lesson plan by a Taiwanese English professor. It was cited in a book about Jews and Jesus. It was cited in innumerable blog posts and book reports, as well as a piece by blogger Hanny Hernandez, who speculated that Amelia Bedelia’s tendency toward malapropisms was inspired by Parish’s experiences in Cameroon, as “several messages can be misinterpreted between a Cameroonian maid who is serving an American family.”

One blogger even speculated that Amelia Bedelia wasn’t a maid, but a slave. It was cited in the Amelia Bedelia entry on the website TV Tropes and Idioms, and Peggy Parish’s Find-A-Grave page. It was even cited by Mr. Amelia Bedelia himself: Herman Parish, Peggy’s nephew and author of the books after his aunt passed away in 1988, who apparently told a reporter from the Waterloo-Cedar Falls Courier that his aunt based “the lead character on a French colonial maid in Cameroon.”

As longtime readers will recall, I have written at length about the problems with Wikipedia, and Google’s insistence on “white-listing” it as a source that can do no wrong.

One of my favorite Wikipedia entries: The Tin Foil Hat.

Previously on the L.A. Daily Mirror:

The ‘Decline’ of Wikipedia.

Wikipedia, Murder and Myth — about the death of Ted Healy as covered in Wikipedia.

I am retired from the Los Angeles Times
View all posts by lmharnisch →
This entry was posted in Libraries, Wikipedia and tagged Libraries, Wikiepedia. Bookmark the permalink.

6 Responses to Another Wikipedia Hoax Exposed