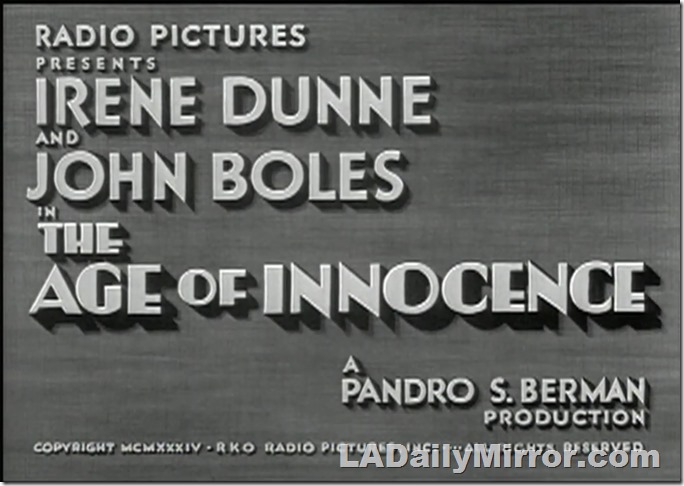 From the novel by Edith Wharton and the play by Margaret Ayer Barnes.

More on the history of the film is available from the AFI Catalog.

The Age of Innocence is available on DVD from Amazon.

I picked The Age of Innocence because it got good reviews in the trades. I thought it was a bit maudlin and campy, and the constant use of Tchaikovsky’s None but the Lonely Heart reminded me of the Spike Jones recording.

I’m guessing this will be a Mordaunt Hall review and that he liked it. Let’s see!

If this were an ideal world,  Mrs. Wharton’s distinguished novel would fill the screen with tragic emotion as it filled the stage six years ago in the impassioned acting of Katharine Cornell. For Philip Moeller’s screen drama of The Age of Innocence has been managed with all possible dignity and sincerity. The players stagnate expertly against the suffocating background of fashionable New York in the solemn Seventies. The age of wax flowers and horse cars, of conservatories, paper collars, plush ladies and codified amour, of cotillions and silk-stockinged footmen, lives again on the screen.  It provides a technically skillful setting for Mrs. Wharton’s gallant drama of the lovers who were crushed by the cruel and artificial standards of the day.

Yet the photoplay at the Music Hall leaves the spectator curiously cold and detached from the raging emotions of the story. It seems to have everything but the ability to quicken the pulse and mist the eye.

In Mr. Moeller’s garrulous and faintly ponderous production the tragedy touches you cerebrally rather than emotionally. Nor do the principals succeed in charging it with the stuff of high despair. Mr. Boles is such a handsome and facile actor that it is difficult for him to convey a sense of interior drama. Miss Dunne is more effective, possibly, but it requires a more profoundly moving skill than hers to etch the tragedy brilliantly against the background.

For Monday, we have a mystery mummy. Yes, this is a first. And yes, it’s a plot point in the mystery movie. I’m not giving away too much to say that the title does not include the words “Aztec,” “dawn,” “Kolchak,” “mummy,”  “return,” “revenge” or “Scooby-Doo.” Update: Or “Meets the Three Stooges.”

Label copy on the artifact. Really.

For “tricky Tuesday,” we have our leading man in heavy age makeup.

Update: This is John Boles.

Update: This is Inez Palange.

Sylvia: Yes, this is a mystery movie, not a mysterious TV show.

Update: This is Julie Haydon.

Update: This is Helen Westley.

And finally, a couple of mystery fellows. 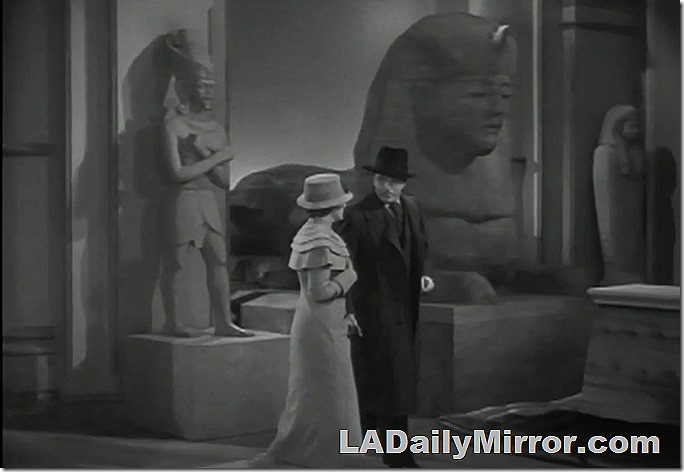 For Friday, first we have the mystery museum setting. Notice the Egyptian statuary. 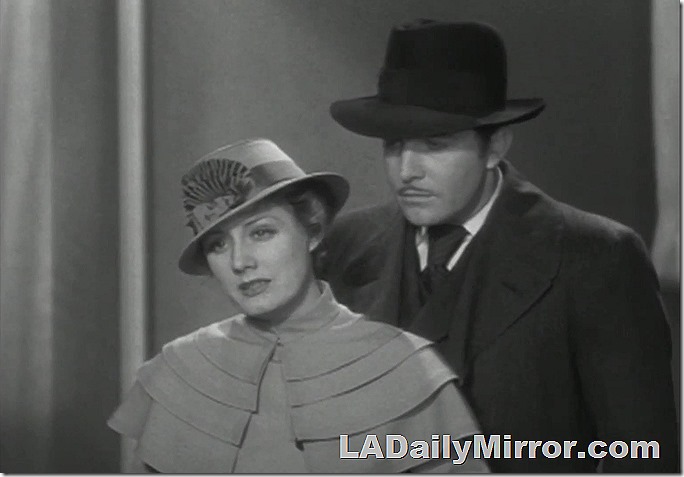 And here are our leads. Our mysterious leading lady is speculating about the love life of the mummy in the display case.

Update: This is Irene Dunne and John Boles.