More information on the film is available from the AFI catalog.

No More Orchids is available on DVD from Critics’ Choice Videos.

I picked this week’s mystery movie by going through the trades and settled on No More Orchids because it hasn’t been shown on TCM since 2014.  I’m trying to branch out from TCM because most of the Daily Mirror vault has been recorded from that channel, which has become increasingly repetitive.

As Harrison’s Reports says, without the leads (that is to say, Carole Lombard), No More Orchids would be a very ordinary and predictable film. She’s terrific. Lyle Talbot is passable. One particularly eerie element is the conclusion of the film, in which a character is killed in a plane crash – a bit unsettling given the way Lombard died.

I’m going to guess this was in Mordaunt Hall territory and that he liked it – sort of.

Walter Connolly gives another excellent characterization in the Roxy screen contribution No More Orchids, an unimportant but frequently entertaining picture. Carole Lombard, whose attractive shadow is adorning the Paramount film No Man of Her Own, is also the principal feminine player in No More Orchids.

The versatile Mr. Connolly supplies to this present offering a very definite personality, that of an agreeable and self-sacrificing father, C. Aubrey Smith, who is seen invariably as a genial old man, here acts an irascible, hard grandfather, who is bent on his granddaughter, Anne Holt (Miss Lombard) becoming the bride of a Prince Carlos.

Well. It is amazing to me that a movie critic would generally ignore Carole Lombard to heap praise on Walter Connolly, who is in his adequate, but typical father mode. Especially since he got second billing after Lombard.

For Monday, we have a mystery guest. For a change, he approves of such goings-on.

Update: Many questions about this fellow. I had a hard time picking a Monday person and he was the best I could do. The actor gets solo screen time and some lines so by today’s standards ought to get a credit but he doesn’t. Howard suggested Chic Sale and Sheila guessed Tom Ricketts. Both good guesses, though I’m not sure either is correct. It is always my hope that someone will recognize these unidentified, very minor folks.

For Tuesday, we have a mystery fellow. The leading lady has been cropped out due to her complete lack of mysteriousness and will appear later in the week.

Update: For Friday, adding our mysterious leading lady. She’s great in this role.

Update: I love this photo of Lombard giving the stink eye to Harold Minjir.

Brain Trust roll call: Sheila and Howard have interesting guesses. Our mysterious flagman has a tiny role and isn’t credited, so he truly is a mystery. Let’s see how the week develops once people figure out our mystery picture.

For “Hm Wednesday,” we have these mysterious women.

Update: This is Louise Closser Hale and Ruthelma Stevens.

We also have this mysterious fellow – he does NOT approve of such goings-on!

Update: This is Jameson Thomas.

For “Aha Thursday,” we have this mysterious fellow. His companion has been cropped out due to lack of mysteriousness and will appear Friday.

Update: For Friday, adding our mysterious leading man, who is quite interested in the model of a boat.

Update: This is Lyle Talbot, left, and Walter Connolly. 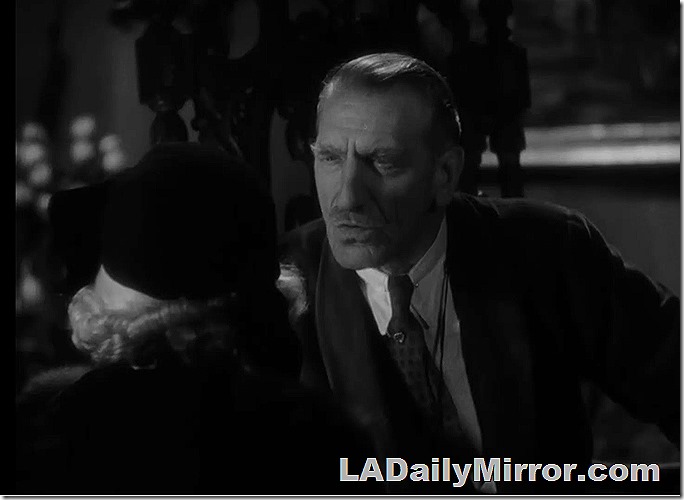 We also have this mysterious fellow. And the enigmatic Back of the Head Woman.

Update: This is C. Aubrey Smith in a change from his typical role as a genial elder of the film. 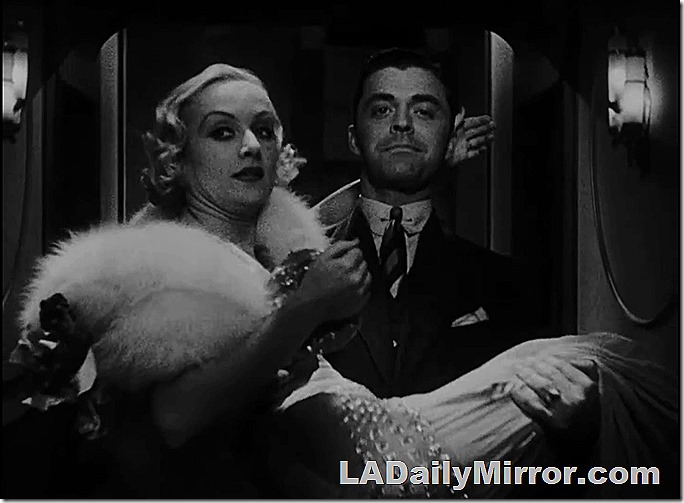 For Friday, our mystery leads.