Behind the scenes, I had all sorts of trouble with this week’s mystery movie. The main problem was that my trusty blogging software stopped talking to WordPress so everything had to be done manually. If you’re not on WordPress you won’t know this, but it recently rolled out a “blocks” toolbox that is Clippy but for blogging (“Hi!! It looks like you are trying to do a blog post!!!! Would you like help with that??!!!”). Another complication was that many images from Hoffmann are in various reverse-image search engines. I had some wonderful images that I had to scrap because they show up online. I had also been on the road for the last 10 days, covering 2,000 miles and I was beat. Frankly, I was about to pull the plug on WordPress and move to a new platform, maybe even give up the mystery movies, I mean I was really fed up with what had gone from a two- or three-step process into something like 10 steps. Fortunately, I resolved the problem by going to another blogging program that works – at least for now, so my apologies for this week. It was tough.

I chose The Tales of Hoffmann after a recent chat with a member of the Brain Trust.  I noticed that the film had only aired once on TCM and, fortunately, I had a copy. Notice that the running time listed in Motion Picture Daily is 138 minutes, while the version that aired on TCM runs just over two hours. It’s a wild movie visually, with lots of elaborate makeup and some modernistic scenery mixed with period settings. It is an opera, sung throughout in English. The voices are fine (it’s all lip-synced) but the movie is so visual that I wasn’t especially conscious that Hey! These people are singing! And let’s see if The New York Times reviewed it and if so, who hated it. Bosley Crowther: That’s your cue! Writing April 5, 1951:

The inevitable question about this picture is how close does it come to matching the beauty and excitement of the same producers’ The Red Shoes? Although the two films are basically different, a comparison is fair to this extent: The Red Shoes had warmth and vitality, Tales of Hoffman is splendid and cold. 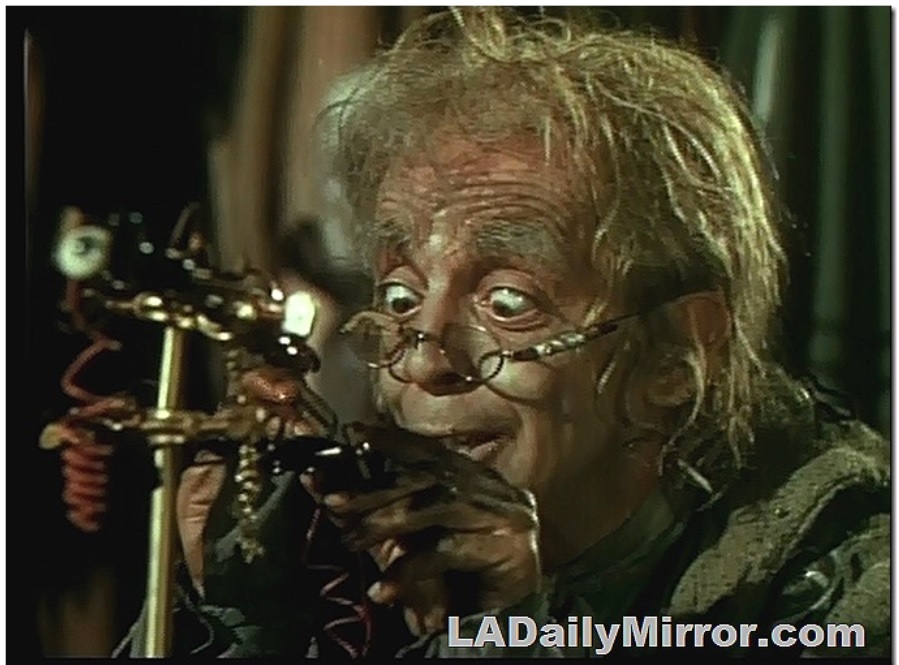 For “Aha Thursday,” we have a mysterious gent who is not Jerry Lewis. Update: This is Robert Helpmann. 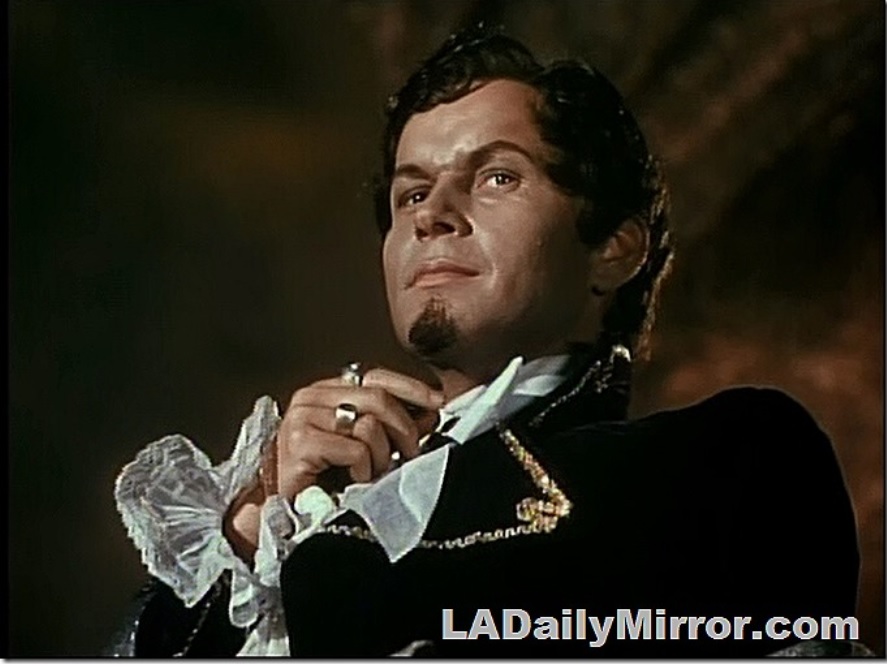 For Friday, we have this imposing mystery guest. Update: This is Robert Rounseville.

I am retired from the Los Angeles Times
View all posts by lmharnisch →
This entry was posted in 1951, Film, Hollywood, Mystery Photo and tagged 1951, film, hollywood, Moira Shearer, mystery photo, Powell and Pressburger. Bookmark the permalink.