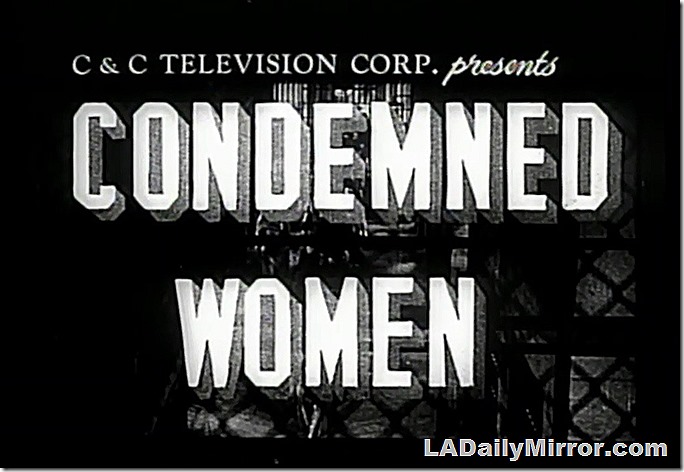 “Condemned Women” has never been commercially released on VHS or DVD. It last aired on TCM in 2017. Copies of unknown quality are available on the gray market.

Alexa suggested an RKO film and Howard wanted a “women in prison movie” and so here we are: A rarely seen RKO movie about women in prison. It’s an oddball movie with a small role for Jack Carson, and Esther Dale in one of her many, many appearances as a prison matron. I had no idea Dale made so many prison movies – an unintended challenge for the brain trust. And Lee Patrick as the boss lady of the prison? It’s a strange one. Barbara Stanwyck, last seen here in “Forbidden,” turned down the film.

A really good prison picture, this time using a woman’s prison. Exceedingly well directed by Lew Landers. Lacks outstanding box office names, but Sally Eilers gives her best performance to date, and the agreeable Louis Hayward will please your customers. Graphic presentation of prison routine, softened somewhat by well developed romance. More for thoughtful people than for those who take their entertainment on the run. Exploit it for what it is and your people will be satisfied.

It seems that this one is too depressing to stack up as ideal entertainment in a world filled with cash customers already weighed down with their own troubles. For the thrill fans, it of course has its appeal with plenty of suspense and a fair amount of excitement. But the idea of the girls in prison staging a jailbreak, with the leader holding a gun, and the matrons also swinging firearms, strikes the spectator odd to say the least. Sally Eilers does the best she can with a tough assignment and that goes for Louis Hayward, Anne Shirley and Lee Patrick.

There are classics in the smaller fields, the same as in the large. Hollywood, especially, is a place of categories, each with its peculiar — oftentimes very peculiar — excellence, and any one who denies it is not only a spy, a wrecker, a saboteur, but slightly quixotic. In the generous spirit of the London Naval Treaty, therefore, we are happy to state that “Condemned Women” at the Rialto, is a first-rate production in the frankly third-rate, or pulpwood, class. It is one of those dubious achievements of which we can cry “Well done!” to everybody except to the person responsible for doing it at all.

Essentially, it is a restatement of the conventional prison picture in terms of the distaff, or to be more accurate, sewing-machine side. And let it be said, to the credit of RKO-Radio, that in spite of the hempen, or homespun, or whatever it is the girls are wearing in stir these days, Sally Eilers and Anne Shirley are still recognizably attractive (they go in for mutual marceling, it appears) and the other dolls — or is it dames? — who really are a bad lot, in marked contrast to Sally and Anne, are not attractive at all. Another realistic feature, by the way, is that the matrons look even tougher than the prisoners. 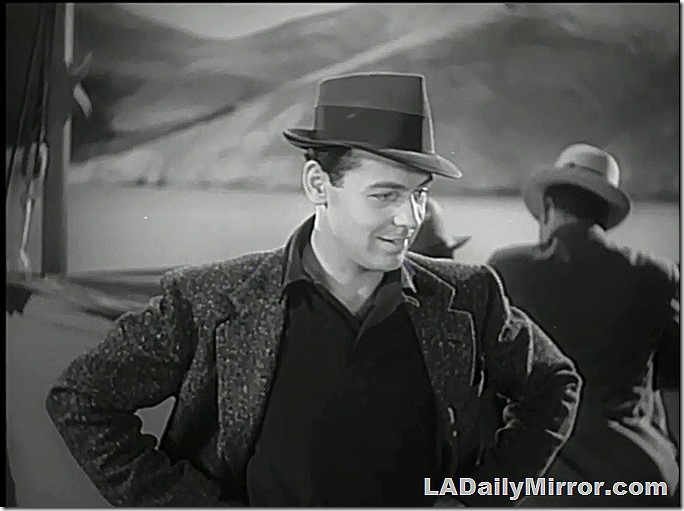 For Monday, we have a mystery gentleman. 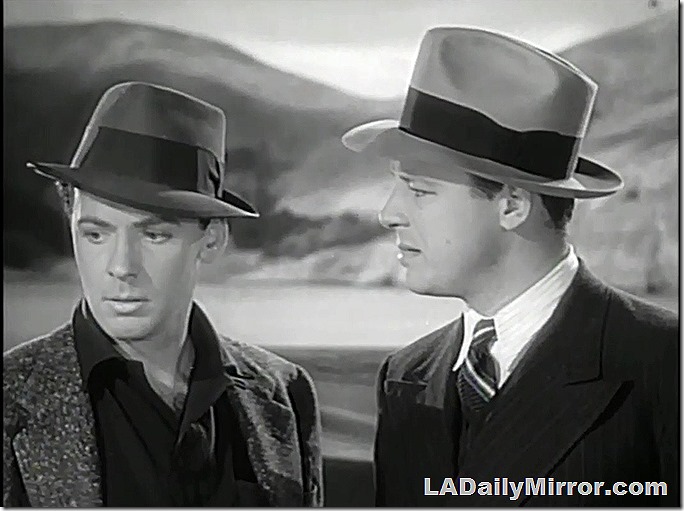 Here’s another shot of our mystery gentleman. His companion has been cropped out due to insufficient mysteriousness.

Update: Here’s the uncropped version of the photo, showing Jack Carson. I’m fairly certain this isn’t Richard Bond, though I gave credit for him. 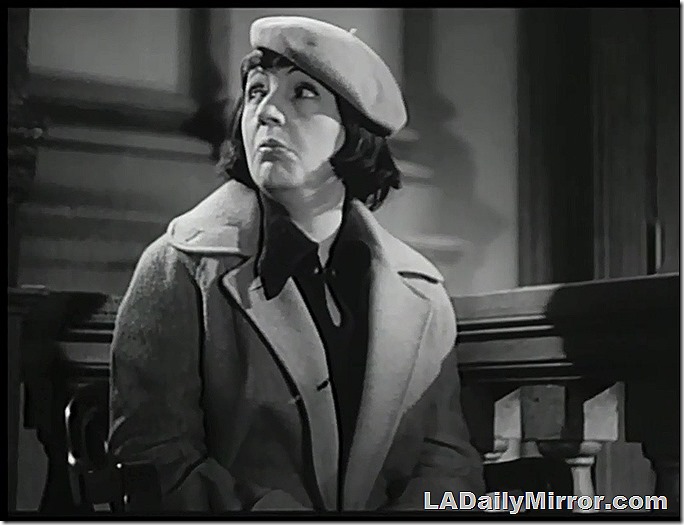 Update: This is Netta Packer. 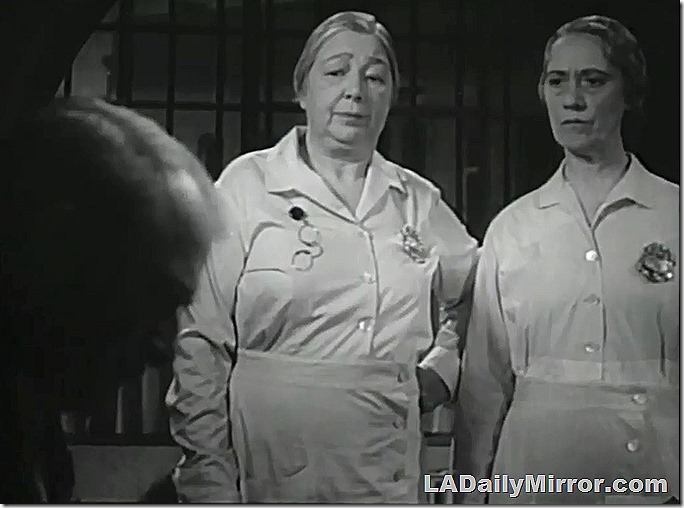 For “Hm Wednesday,” we have these two mystery women, and let me tell you, they do not approve of such goings-on.

Update: This is Esther Dale, left, and Kathryn Sheldon. 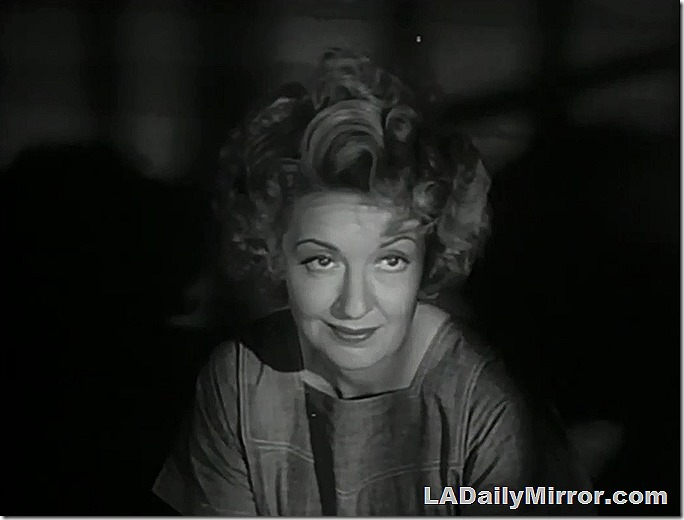 Update: This is Lee Patrick. 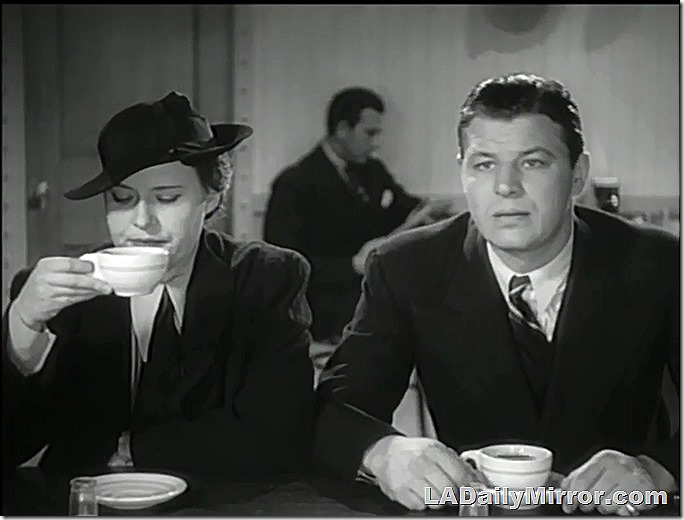 For Friday, we have these mystery guests ….

Update: This is Jack Carson, but I’m not sure about his mystery companion. Here’s a better look at her. 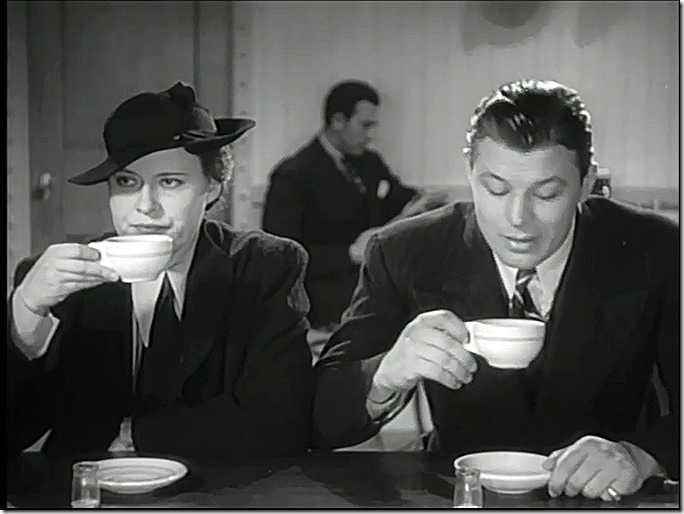 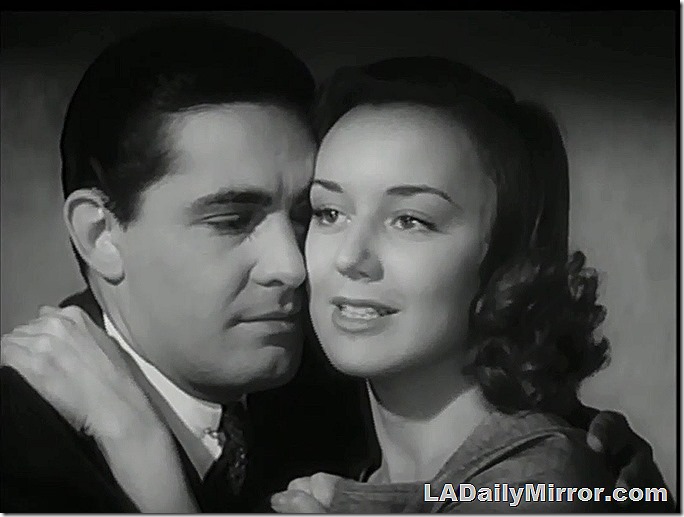 And this mystery couple ….

Update: This is Richard Bond and Anne Shirley. 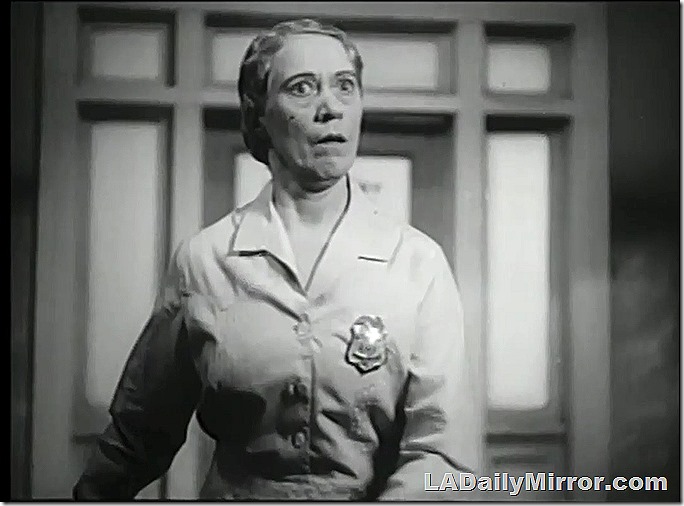 Romance behind bars? Our mystery matron does not approve of such goings-on.

Update: This is Kathryn Sheldon again. 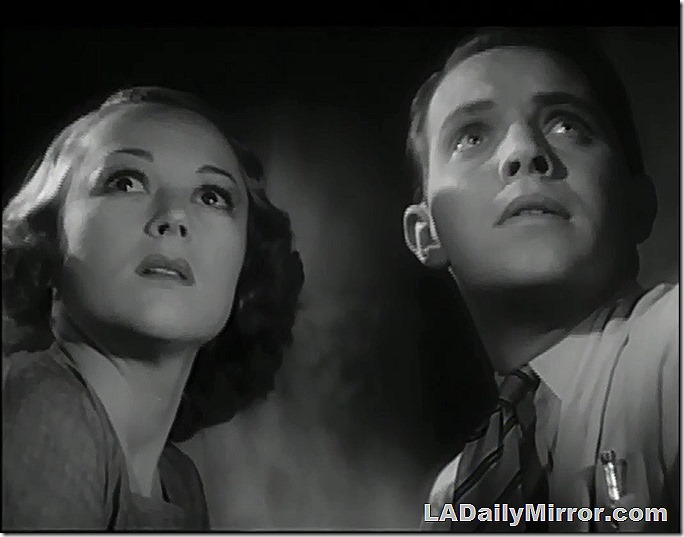 Update: This is Sally Eilers and Louis Hayward.

Note to Sylvia: Yes, she played an amazing number of prison matrons. I had no idea until I started checking. There ought to be a book there someplace: “The Prison Movies of E.D.”