Screenplay by Dalton Trumbo, based on the novel “Brave Cowboy” by Edward Abbey.

“Lonely Are the Brave” is available on Blu-ray from TCM.

“Lonely Are the Brave” is a heavy-handed message movie by Ed Abbey via Dalton Trumbo from the waning days of the Westerns in the early 1960s. “Bonanza,” “Gunsmoke” and their like would survive on TV into the 1970s, but on the big screen, the genre was fading, except for stalwarts like John Wayne, who would continue with films like “McLintock!” (1963), “El Dorado” (1967) and even Wayne finally realized Westerns were heading into the sunset with “The Cowboys” (1972) and “The Shootist” (1976). And yes, “Lonely Are the Brave” was released about the same time as “Ride the High Country,” showing that there was still some life in Westerns.

In this vein, “Lonely Are the Brave” explores the same ground as “Butch Cassidy and the Sundance Kid” (1969): Changing times are catching up with cowpoke, except that “Lonely” imagines the cowboy – the rugged individual adhering to his personal code – transplanted from the mythical West to the modern era rather than Bolivia. One story described it as a sort of Western “Death of a Salesman,” which is a bit of a stretch.

If the L.A. public library weren’t closed for the quarantine, I’d probably hunt down a copy of Ed Abbey’s “Brave Cowboy” out of curiosity. I lived in Tucson when Abbey published “The Monkey Wrench Gang” (1975) and he achieved a sort of grizzled desert rat sainthood among people who opposed uncontrolled growth sprawling across the open desert. “Monkey Wrenching” became a synonym in Tucson for people burning down homes under construction, and he lost me there.

In truth, there isn’t much brave about the “brave cowboy.” Kirk Douglas seems perfectly cast in the role of the cowboy who returns from sheep herding to find that a friend has been locked up and after an abortive jailbreak is pursued by a modern posse using jeeps and a helicopter. The character of Jack Burns is quite unappealing and it’s hard to understand why anybody puts up with him. He is a hardheaded loner who picks fights and puts his personal code of honor above everything and everyone else. Several people try to talk Burns out of his plan for a jailbreak, pointing out the severe consequences, but he ignores them all, proclaiming his opposition to fences, borders and other obstructions to his notion of freedom.

As for symbolism, we have the cowboy sleeping under open skies, disturbed by jets overhead; a beautiful horse that’s afraid of cars; an obvious play on “a tooth for a tooth”; and especially the cowboy with his lever-action rifle downing a helicopter. What brings an end to our brave cowboy and his horse? A semi hauling a load of toilets. Message received.

On the good side, the photography is excellent, and is particularly notable in that many sequences were filmed in rugged terrain and the camera is rock steady. There seems to have been very little hand-held camera and if there was, the operator had nerves of steel.

Jerry Goldsmith’s score is excellent. I’m a huge Goldsmith fan and his music really helps the film. Even when he channels Aaron Copland’s Americana style, he does a good job of it.

“Lonely Are the Brave” already is in release, and reports are that it bucked off the “soft” boxoffice of recent weeks reasonably well. Indications are that this suspenseful Western adventure about a rebellious cowboy struggling to survive in the modern age will garner its share of the summer trade when vacations start.

“Lonely Are the Brave” was part of Universal’s celebration of its 50th anniversary, headed by the Cary Grant-Doris Day vehicle “That Touch of Mink,” along with the Rock Hudson film “Spiral Road” and the Hammer remake of “The Phantom of the Opera” with Herbert Lom.

A fascinating, ironic and off-beat Western about an individualist at war with the regimented Jet Age, this Universal-International release stands an excellent change of amassing some solid returns in the general market. Boxoffice power Kirk Douglas is the only name for the marquee, but word of mouth should aid it greatly. Several notches above the average Western and far superior to the current TV oater crop.

There have been bigger and more expensive Westerns, but none lately has been half as good as “Lonely Are the Brave,” which must have cost Universal comparative horsefeed. This perfectly swell little Western drama, with Kirk Douglas giving one of the best performances of his career, opened yesterday on the circuits, with a broad, harmless serving of British slapstick called “Nearly a Nasty Accident.” With a tiny cast, the simplest of story situations and a sure understanding of human behavior, this quietly penetrating film is a joy to watch.

Despite good reviews at the time, the film vanished from theaters by August and the New York Times headlined a story on the film (Aug. 19, 1962) “Hollywood Flop.”

The New York Times quoted Douglas: “What broke my heart was that they tossed the picture into a theater and let it die. I don’t say they should spend a lot of money on it. Try it in the smaller theaters, in the art houses so people can see it. The studio saw the picture long before it was released. I assumed it would get a special kind of treatment — and I don’t mean an expensive one.

“I asked them to put the picture in an art house. I thought this was the kind of picture people would discuss. I don’t believe in ramming a picture down anyone’s throat. What can you do?  I can kill myself trying to argue. Everybody out here (in Hollywood) is so quick nowadays to blame the stars for everything. Why doesn’t a studio admit it goofed?” 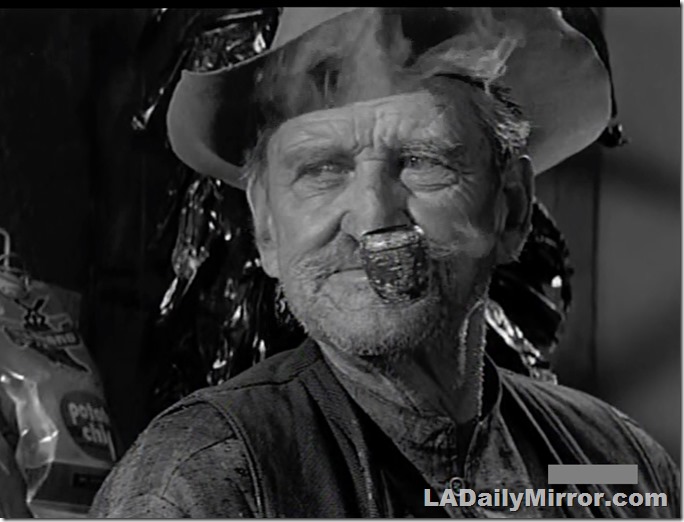 Update: This is Martin Garralaga.

For Tuesday, we have a random photo of a mystery horse, who is a major plot point in the mystery film.

Update: This is Whisky.

We also have this mystery woman. She does not approve of such goings-on.

Update: This is Rosa Turich.

For “Hm Wednesday,” we have this mystery gent. Is that a fake mustache? Why I believe it is.

Update: This is Walter Matthau.

We also have this mystery gent. He does not approve of such goings-on.

Update: This is Bill Raisch.

For “Aha Thursday,” we have a mystery pinball machine. Also a bar fight.

Update: This is the “Thing” pinball machine, made by Chicago Coin Machine. 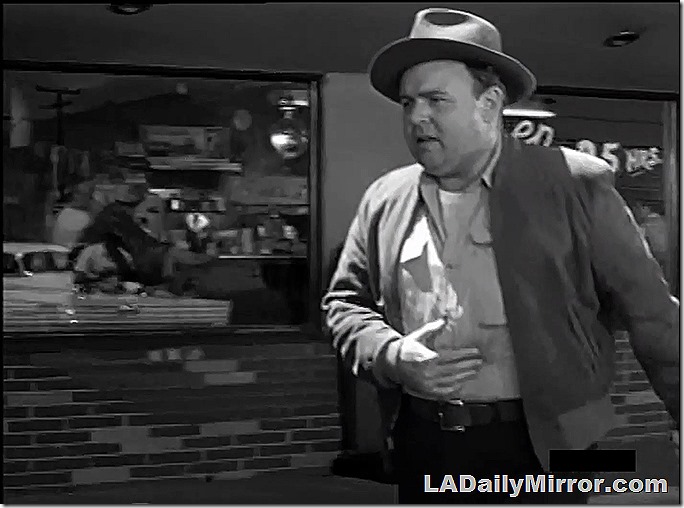 We also have this mysterious gent, who has a little gastric unpleasantness.

Update: This is Carroll O’Connor. 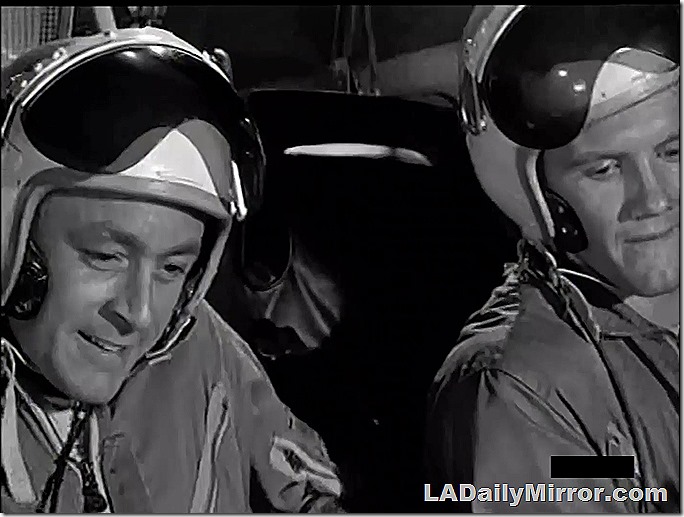 Update: This is Bill Bixby on the left. His co-pilot will take more research than I have time for this morning.

And finally, this mystery lawman.

Update: This is George Kennedy and possibly Jimmy Dime.

For Friday, we have this mystery gent. Also Back of the Head Guy.

Update: This is Michael Kane and Kirk Douglas as BOTHG

And here’s our mystery leading lady….

Update: This is Gena Rowlands.

…And finally, our mystery cowboy.