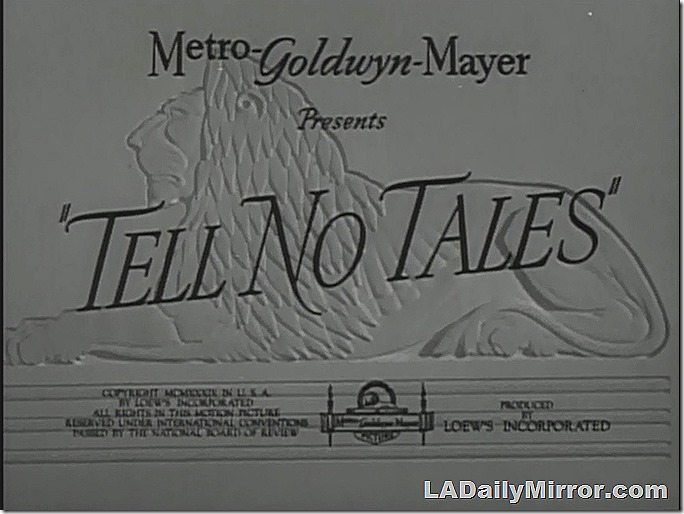 Screenplay by Lionel Houser, based on a story by Pauline London and Alfred Taylor.

“Tell No Tales” has never been commercially released. It airs occasionally on TCM and there is a funky print on YouTube.

I couldn’t resist another newspaper movie after “Fighting Father Dunn,” so I picked “Tell No Tales,” a fast-paced B movie of a newspaper editor facing the demise of his paper rushing to track a $100 bill used as ransom money. Will Michael Cassidy (Melvyn Douglas) save The Guardian? Will various villains be punished? Will evil newspaper owner Matt Cooper (Douglass Dumbrille) prevail in killing the Guardian in favor of his disreputable scandal sheet?

“Tell No Tales” is a fun movie and a different sort of role for Douglas, and Zeffie Tilsbury has great fun as the spritely, elderly copy editor with an eye shade. Douglas cons his way into the highest and lower rungs of society and puts out a final edition of the Guardian, dictating his story to the composing room foreman (Harlan Briggs) on a Linotype machine (that’s Hollywood for you) and then rushing through the process used in hot-metal days to get the plate on the press (a rather tiny press line for a big paper) and letting it roll.

Note: I went through the film several times looking for Clayton Moore, who plays “Wilson.” I thought I found him, but I was wrong.

Fast-paced melodrama should do well with all types of pix audiences.

It has zip and action that anyone would care to see. Leslie Fenton deserves a lot of bows for his fine direction of his first feature length picture. He kept the pace of the action moving along without any dull moments. Edward Chodorov has in this picture a good budget production that will support any bill.

… This picture should do well at the box office.

A director who can take such a thin and unimaginative story as the story of “Tell No Tales” (at the Capitol) and still cause it to walk along a knife-edge of suspense and melodramatic excitement, is doing a big favor for everybody concerned, notably, of course, for the author. Not only does Leslie Fenton perform a brilliant technical tour de force of this nature with his first directorial assignment, but here and there he even admits a few fascinating glimpses of reality into a movie camera, a machine into which the light of human experience seldom infiltrates these days.

Update: This is Madame Sul-Te-Wan.

For Tuesday, we have a mystery woman. She does not approve of such goings-on.

Update: This is Theresa Harris.

For “Hm Wednesday,” we have this mystery fellow. His boss does not approve of such goings-on.

This is Ernie Alexander as Johnny, a reporter who missed an important update on a death watch because he was got drunk and ended up in the drunk tank. 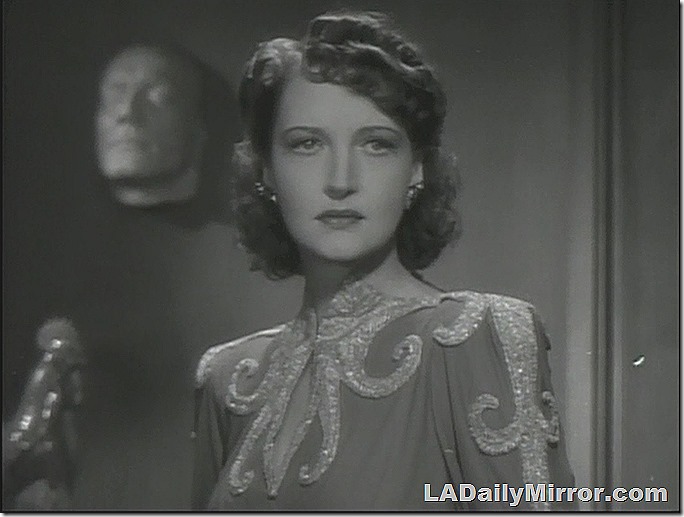 We also have this mystery woman. A significant other disapproves of her goings-on. Hovering in the background is a life mask of some actor that is probably too fuzzy to identify.

Update: This is Jean Fenwick, as the wife who spent the $100 bill on a cigarette case for a paramour. 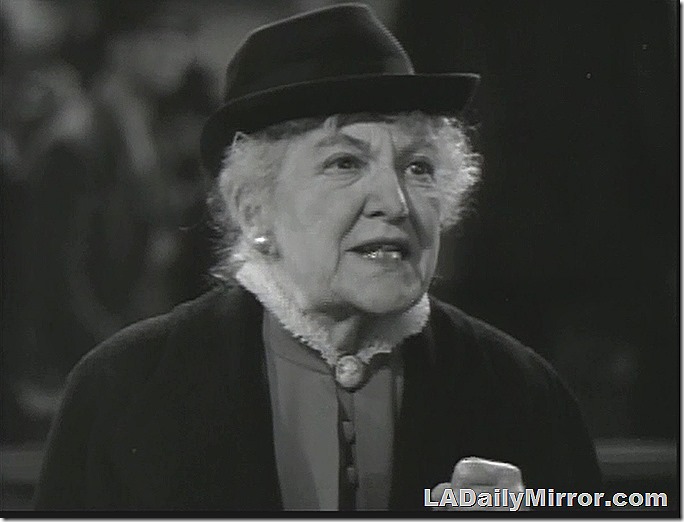 And finally, we have this mystery woman.

Update: This is Zeffie Tilbury as the spritely copy editor of the Guardian. And yes, she was Grandma Joad in “The Grapes of Wrath.”

For “Aha Thursday,” we have this mystery gent. And no, he does not approve of such goings-on.

Update: This is Halliwell Hobbes, who does not approve of his wife buying expensive cigarette cases for paramours. 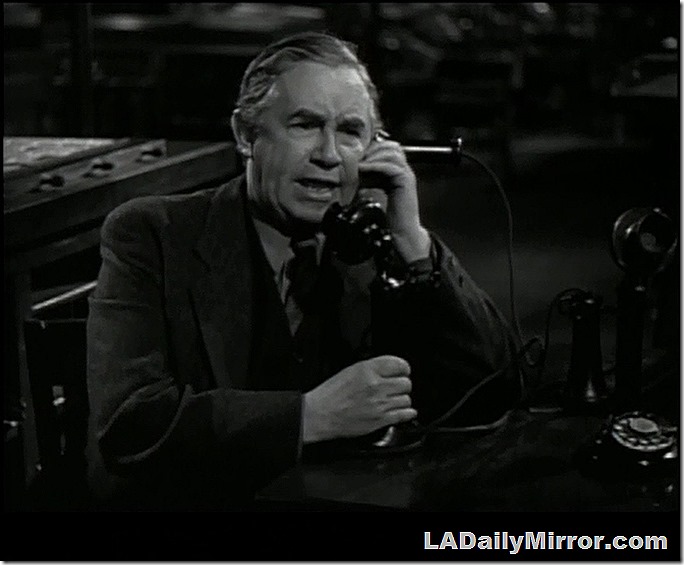 Our second mystery gent doesn’t approve of such goings-on either.

Update: This is Harlan Briggs as the composing room foreman.

Our third mystery gent is finely attired. Back of the Head Guy will appear Friday…

Update: This is Gene Lockhart as casino boss Arno. On the side he collects birds. 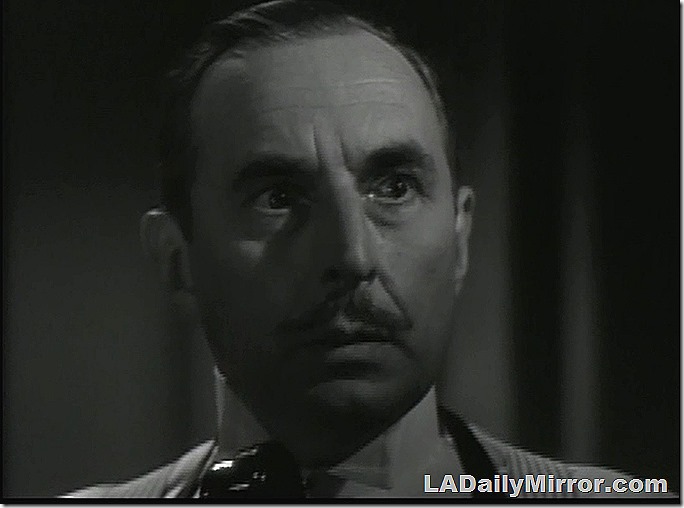 Our final “Aha” guest for Thursday especially disapproves of such goings-on.

Update: This is Douglass Dumbrille, hearing that editor Mike Cassidy has the goods on him. As the publisher of the sleazy Record, he wants to shut down the Guardian. 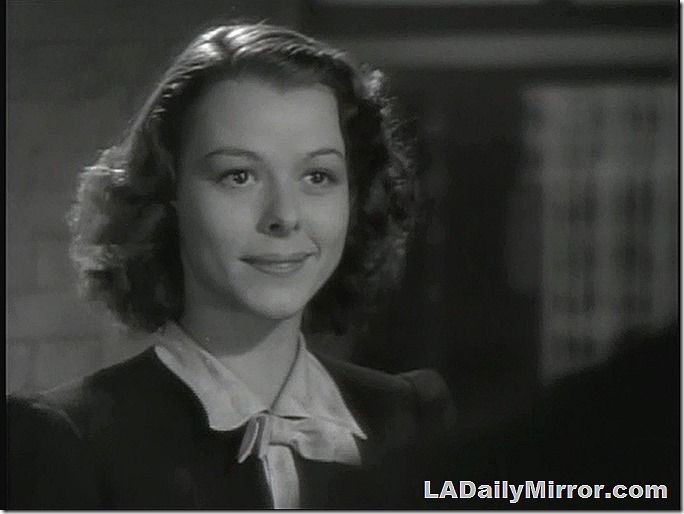 For Friday, we have our mystery leading lady.

Update: This is Louise Platt, the only witness to the kidnapping for which the ransom was paid. 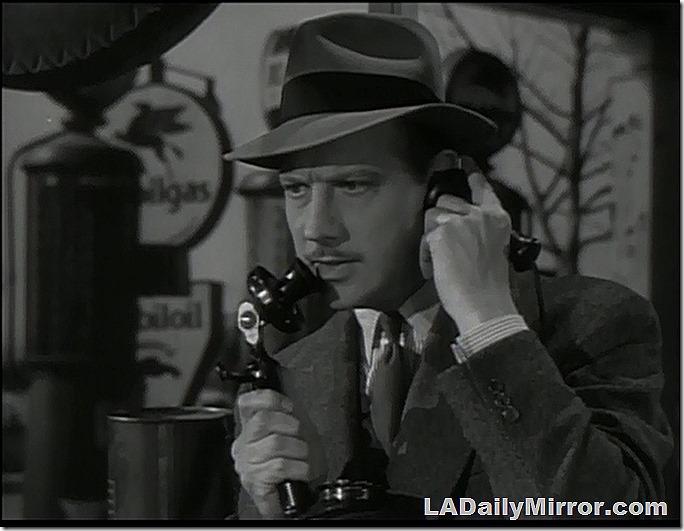 And finally, our mystery leading man.

Update: This is Melvyn Douglas.