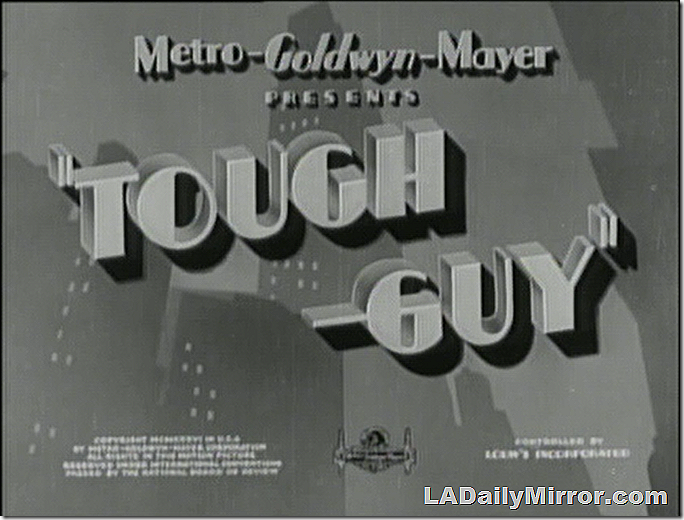 “Tough Guy” is available on DVD from Warner Archive, but TCM has a slightly better price. 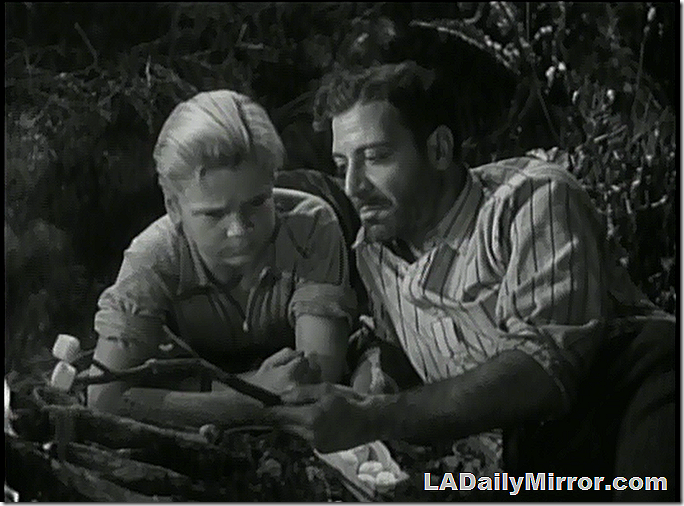 Howard Mandelbaum points out that the close relationship between Cooper as the runaway boy and Calleia as the tough gangster with a soft spot, “would never go over today.”

Also notice the large map on the wall. At one point Robert Warwick says “Altadena?” the way Robert Morley says “Africa?” in “The African Queen,” and the police refer to the Arroyo Seco as Arroyo Sick-o.” 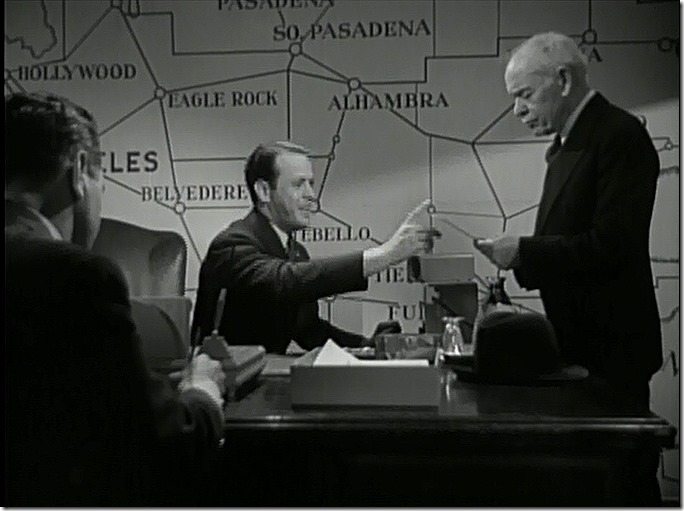 And how often does Eagle Rock get screen time?

Rin Tin Tin Jr. does lots of stunts in “Tough Guy,” but this may be my favorite shot in the entire film.

Even without the excellent Joseph Calleia, probably our favorite public enemy, “Tough Guy would have pleased this reviewer mightily, because he is an assured success for any story about a boy and a dog.

The dog, incidentally, is Rin Tin Tin Jr., a recent graduate from the serials and, if his performance in “Tough Guy” is any criterion, well fitted to pad along the first-run trail in the footprints of his illustrious ancestor…

Jackie Cooper is getting to be quite a husky young fellow these days, and the way he stood up and called the dread Salerno [Joseph Calleia] a “palooka” should be an inspiration to boys planning to run away from home and mix up with gangsters this spring.

The story was well paced, and the director, Chester M. Franklin, wisely let action replace the flood of sentimental dialogue that usually flows through boy and dog stories. 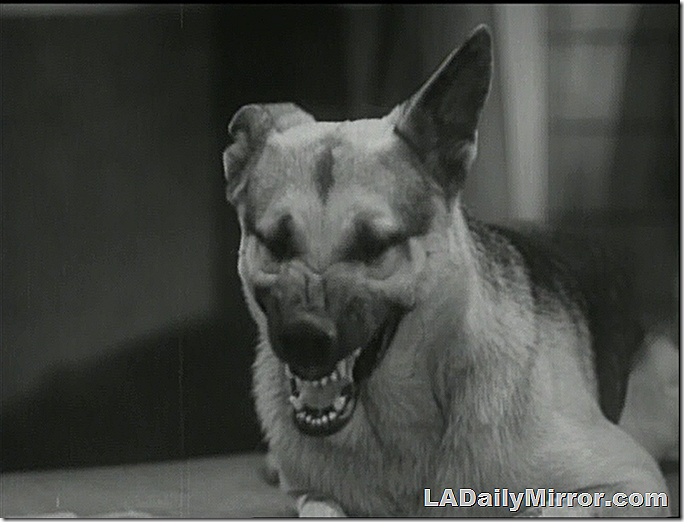 For Monday, we have a mystery dog. And as incredible as it may seem, our mystery pooch does NOT approve of such goings-on.

For Tuesday, a newsboy cap is the perfect headgear for our mystery guest to peruse display ads for the Broadway.

Update: This is William Tannen.

For Wednesday, our mystery chap is bewildered by such goings-on.

Update: This is Billy Dooley, who starred as a sailor in a series of comedy shorts. 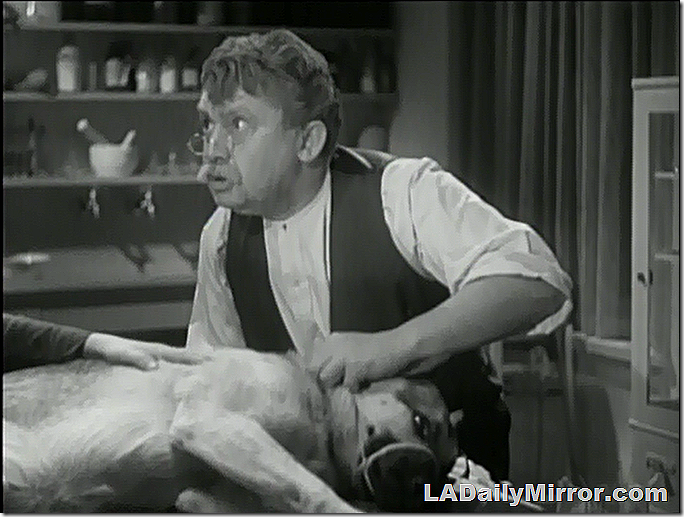 For Thursday, our mystery pooch has a touch of lead poisoning and is treated by our mystery vet.

Why yes, our mystery movie is set in Los Angeles.

Update: This is Harvey Stephens.

Thursday’s mystery guest No. 3 does not approve of such goings-on. 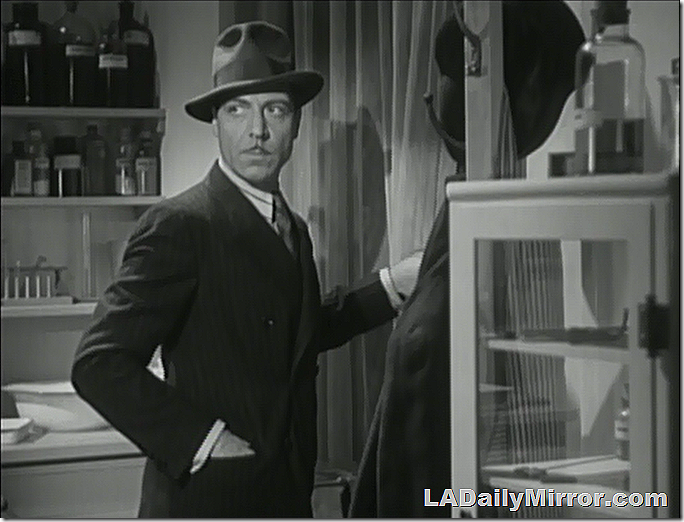 For Friday, an unmysterious hoodlum who knows how to wear a hat.

Update: This is Joseph Calleia. 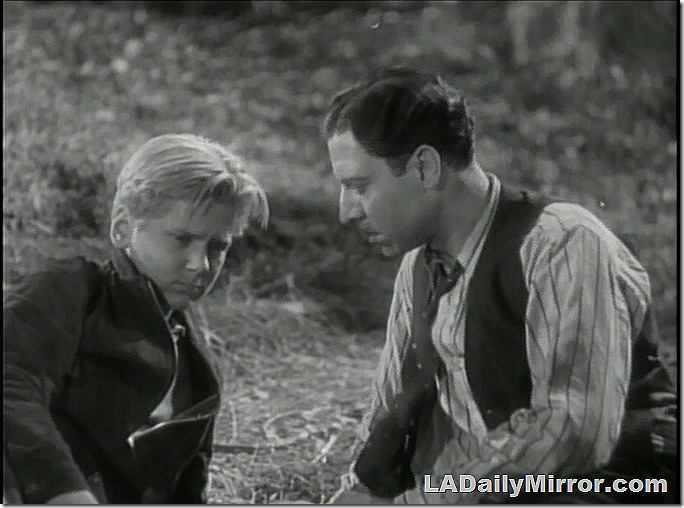 Our unmysterious hoodlum has an even less mysterious young companion.