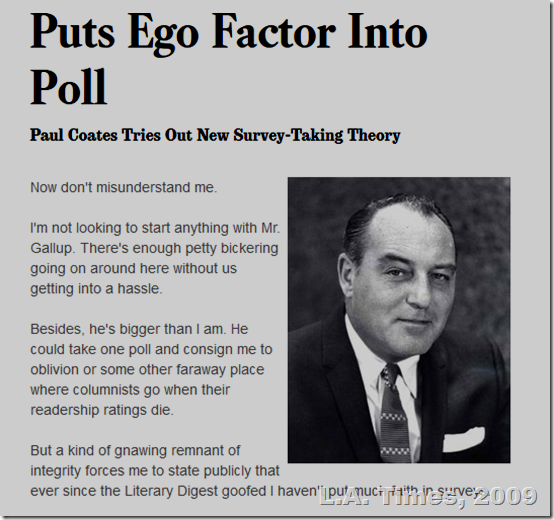 Jan. 2, 1959: Long before Nate Silver launched 538, Paul Coates was skeptical of polls and to prove his point formed his own polling concern: the Los Angeles Survey Institute. His question: “Do you think the Mann Act deters or helps the cause of organized labor — and if you feel it deters, would you vote for its repeal?”

Coates entire column is at Archive.org.

I am retired from the Los Angeles Times
View all posts by lmharnisch →
This entry was posted in 1959, 2009, Columnists, Paul Coates. Bookmark the permalink.