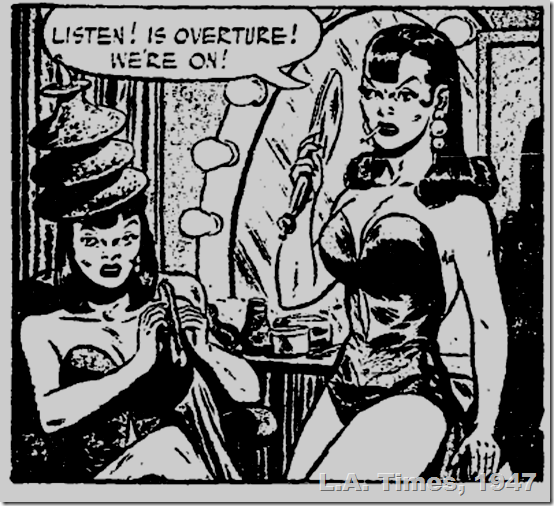 It’s hard to reduce so many important stories to three-bullet items … like blood flowing in the streets of Jerusalem and Jaffa … Earl E. Kynette trying to get out of a 20-year prison sentence for the Harry Raymond bombing … Lewis M. Terman of Stanford examining what becomes of gifted children as they reach adulthood (no, they’re not all dysfunctional misfits, he says, but rather the elite).

Herman Steiner, author of The Times chess column, interrupted his report of matches and strategies to solicit help for an aging master of the game, Geza Maroczy. Throughout the fall, The Times had run ads for canned food that people could ship to their friends and loved ones overseas who were struggling to rebuild Europe, just as President Truman had asked Americans to restrict their diets to send meat and grain abroad.

But this was a personal plea. “Our friends in Europe reveal that Grand Master Geza Maroczy is ill again and in dire need of food and medication. Your editor urges the chess-loving public again to help this grand old master, who has contributed so much to chess in his long and colorful career. He is nearly 80 years old. All contributions will be acknowledged through the column…. Mr. Maroczy has offered to send all those sending him [assistance] a package of his books.

One Maroczy donor wrote: “It has always seemed to me that fate has treated chess masters unfairly. Successful painters and sculptors and other artists are able to sell their creations and live well while he who donates his life to chess must attempt to eke out a living writing about the game, giving lessons and exhibitions and occasionally winning a share of the meager prize money offered in most tournaments. Yet many thousands of chess players throughout the world derive great pleasure from playing over his games—frequently as beautiful and on a higher intellectual plane than the work of orthodox artists—with no financial benefit to their creator.”

A biography of him is here (link rot ahoy!): http://www.chesscafe.com/text/kmoch08.txt

Quote of the day: “That’s because you didn’t bring me that train you promised last year.”
“A belligerent youngster whose red-faced mother hustled him away before anyone could get his name,” after the 6- or 7-year-old boy slugged a department store Santa Claus in Moultrie, Ga., according to United Press.

I am retired from the Los Angeles Times
View all posts by lmharnisch →
This entry was posted in 1947 and tagged 1947, chess, Geza Maroczy. Bookmark the permalink.