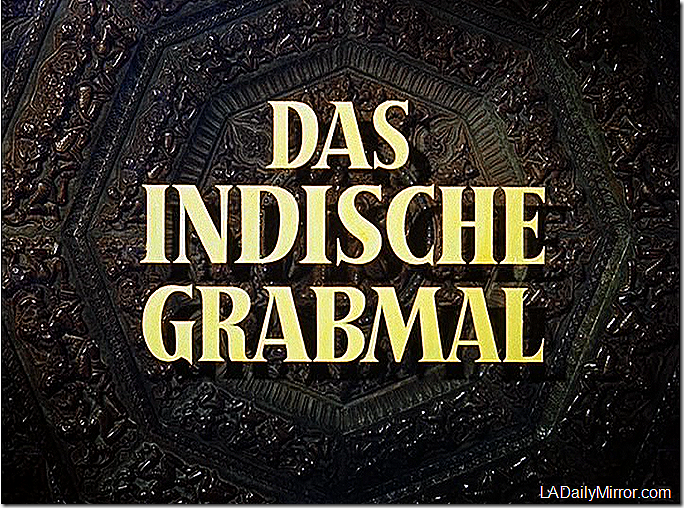 “The Indian Tomb” is available on DVD from Amazon.

“The Indian Tomb” is the continuation of “Der Tiger von Eschnapur” and the two films were combined by American International Pictures as “Journey to the Lost City.”

“Journey to the Lost City” should have genuine appeal for children under 12 years and for the most esoteric connoisseurs of cinematic technique. Viewing the new import yesterday at its neighborhood theater opening, a more reasonable majority of filmgoers found it merely ridiculous….

This exhilarating nonsense — astonishingly set in a remote province of contemporary India — is played in appropriate deadpan style by its cast, particularly Miss Paget, who at one point performs a temple dance with all the bumptious flair of a latter-day Sally Rand. 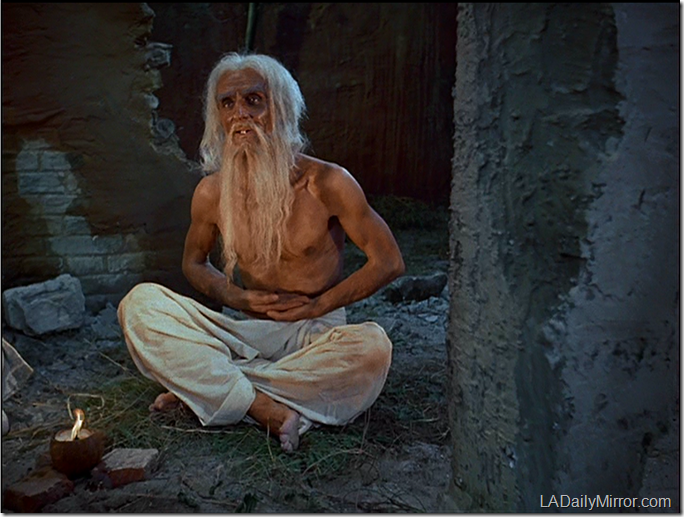 Update: This is Victor Francen.

For Tuesday, we have two mystery gents.

Update: Many apologies to Mary Mallory and Tucson Barbara. I made a mistake while previewing the movie in German in assuming that the mystery fellow on the right was Gen. Dagh (Guido Selano). After going through the horribly dubbed English version, I have identified our mystery gents as Jochen Brockmann, right, and Panos Papadopulos. 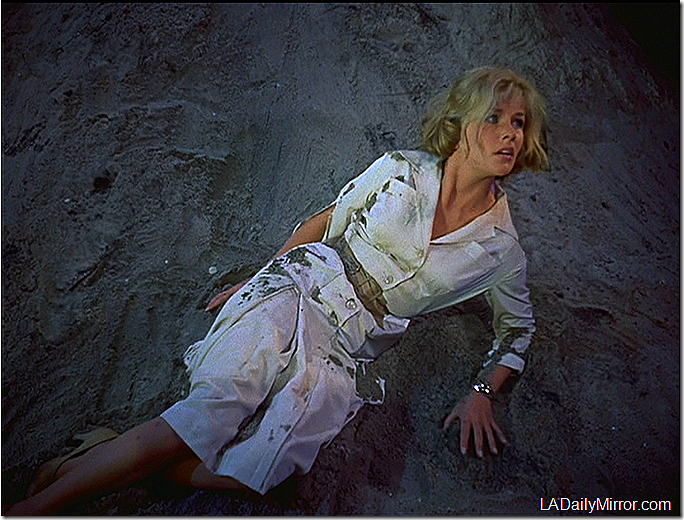 Für Mittwoch, we have a mystery frau.

Update: This is Sabine Bethmann.

For Thursday, we have a mystery snake….

Update: This is Inkijinoff and Walther Reyer.

Note: Our mystery director made two foreign films that were combined into one picture for release in the United States. So I’m giving credit for either of the foreign films or the U.S. compilation. 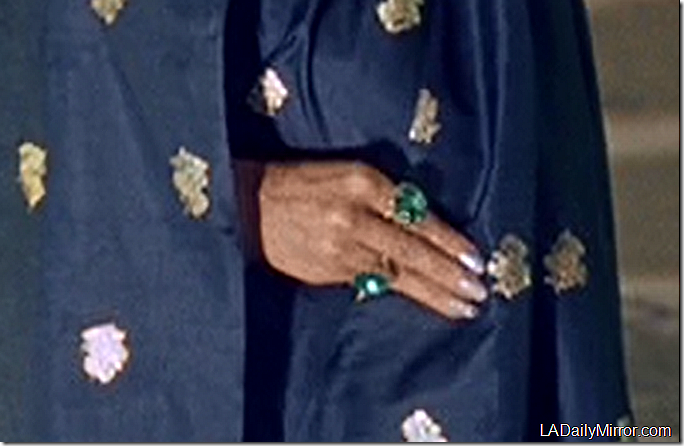 For Friday, we have our mystery leading lady’s hand…. You were expecting something else, perhaps?

Update: This is Debra Paget.