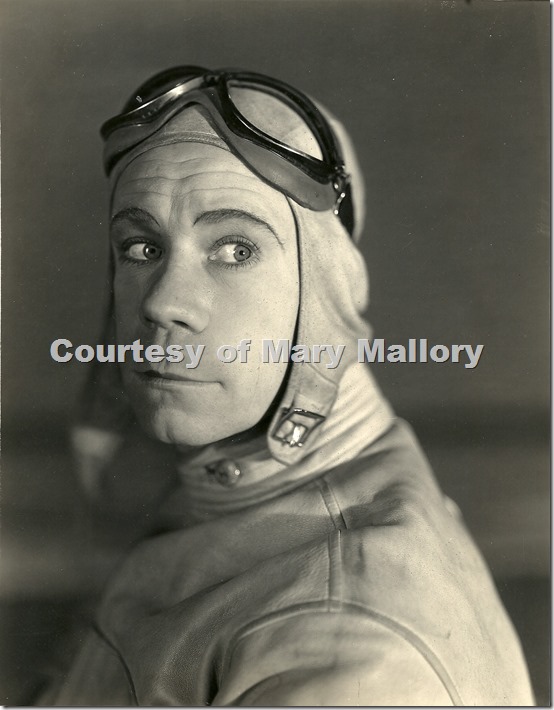 In the last forty years, movie collectors and photography connoisseurs have recognized the art and value of Hollywood still photography, most particularly in the gloriously lit and composed portraits of glamorous stars. For decades, however, many people, including industryites, failed to recognize the skill and talent of the many photographers shaping the public’s perception of celebrities through their skillful work behind the camera.

Early motion picture stills were just that, freeze frames of the actors posing in scenes from a feature film. These early shots, mostly 5×7 images, were photographed by the film’s cinematographer. Studios and stars arranged for publicity portraits with such people as Fred Hartsook, Albert Witzel, Nelson Evans, Melbourne Spurr, etc., for images to be employed by newspapers and magazines in promoting actors.

As the studio system came into place with the advent of talkies, studios hired many stillsmen to take scene stills, off-camera images, and candids of both above and below the line talent. Photographers took massive amounts of stills around the lot, at public events, premieres, at homes, in posed shots, to be widely distributed to magazines and newspapers for free publicity promoting upcoming films, new talent, and established stars. The journals, fan magazines, and newspapers splashed these images throughout their pages, building awareness and star popularity.

Bert “Buddy” Longworth was one of the stills photographers taking these images. Longworth began his career shooting scene stills at MGM for Greta Garbo’s first three films, including “Flesh and the Devil,” with Longworth capturing the passion of Garbo and John Gilbert as they fell in love. He was employed for a short time at Paramount, but from 1929 on, he worked at Warner Bros. as an action specialist, working on Busby Berkeley’s spectacular musicals, crime pictures, off-set candids, as well as portraits. Scholar David Shields calls him “Hollywood’s foremost expressionist, often using unusual perspective, occasional use of multiple exposures.”

One of Longworth’s dreams was to publish a book of his still photography called “Hold Still, Hollywood,” something virtually unheard of for film and Hollywood photography at the time. He sent letters to friends and various stars he worked with over the years, asking for a $10 subscription to a limited run of these monographs. One such person he approached was actress Wynne Gibson, inquiring whether she would help him publish his work. Each edition would be leather bound, consisting of 95 pages of photographs, an introduction page (some signed), a foreword by Mervyn LeRoy, and a biography of Longworth, with the subscriber’s name stamped in gold leaf on the cover. 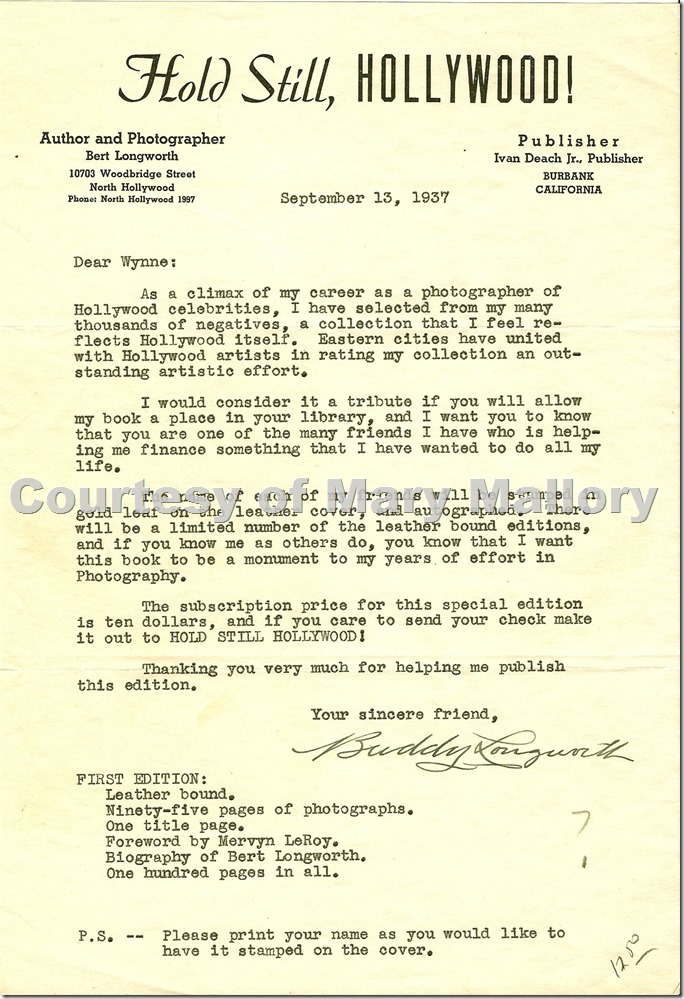 This was basically the first time that a photographer was displaying his output as a work of art to the general public, demonstrating the hard work and artistry involved in creating glamorous and sexy gods and goddesses of the silver screen. “Hold Still, Hollywood” also pointed out to actors how much their onscreen personas and public perceptions were shaped by Hollywood’s lenses.

In late 1937, Longworth published a limited first run edition of 1,000 books, 500 numbered and signed, bound in soft leather. “International Photographer,” the trade journal of Hollywood’s still community and Local 659, noted the book’s release with an excellent review noting his outstanding work. “This achievement by the veteran stillsman, who is known particularly to the folks of the Warner’s lot, serves to bring out in sharp contrast the results obtained under favorable conditions by the expert Hollywood still photographers and the usual experience of the average worker under the present still photography setup in the major studios.”

The article went on to say that there was room for improvement in general stills photography if publicity departments worked more closely with photographers, allowing them a voice in how to print and crop the images and how they should be used.

Longworth hoped to win studio photographers greater recognition and regard for their work. He chaired a committee for Local 659 that presented the first stills exhibit and ball at the Blossom Room of the Roosevelt Hotel on February 21, 1939. John Leroy Johnston, chair of the Academy of Motion Picture Arts and Sciences publicity committee, followed up on this idea by convincing the Academy to host a stills show to honor the outstanding work of photographers in a variety of categories, as a way to improve the work and equipment of the photographers and as a way to publicize the entertainment industry. The Academy Stills Show occurred in 1941, 1942, 1943, and 1947, with the winning photographers in each category receiving gold medals for their work.