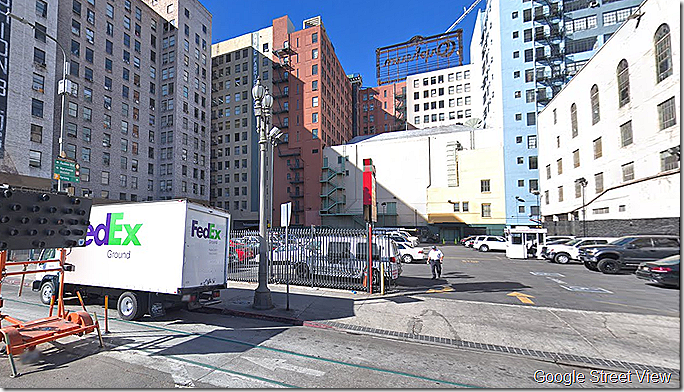 The site of the Avodon Ballroom at 843 S. Spring St., via Google Street View.

Aug. 14, 1947: A drag ball is planned for the Avodon Ballroom, 843 S. Spring St. Although the Sentinel didn’t follow up on the event, drag balls were mentioned regularly in the paper.

The earliest reference I could find in the clips was from 1934, when a drag ball was planned for the Elks Temple, 3616 Central Ave., on Christmas Eve 1934.  Promoter Tony Collins offered a $250 prize ($4,700 USD 2018) for the best impersonator. “Judges will be the leading dressmakers from Hollywood and Los Angeles,” the Sentinel said.

An undated photo of a drag ball at the Club Alabam, image from the Gordon-Beverly Collection at UCLA.

Collins promoted another drag ball to be held in July 1935 at the Club Araby, 55th Street and Central Avenue. Collins said 4,000 people attended his previous drag ball at the Elks Temple.

On Jan. 30, 1947, a reader wrote to the Sentinel regarding a proposal made after the Black Dahlia killing to fingerprint all sex criminals.

The letter says in part:

Halloween night, the Club Alabam gave the sexual dearranged men a chance to parade in splendor and glory at the famous “Drag Ball,” where prizes were given for men dressed like women. There are many exclusive women parties in which sexually deranged women play upon other innocent women. The boldness of some of these is unbelievable. They make no secrecy of their filthy abnormal desires and the list of these would be shocking to the public and common decency.

An undated photo of a drag ball at the Club Alabam, courtesy of the Los Angeles Public Library.

And no, the Los Angeles Times did not cover these events. 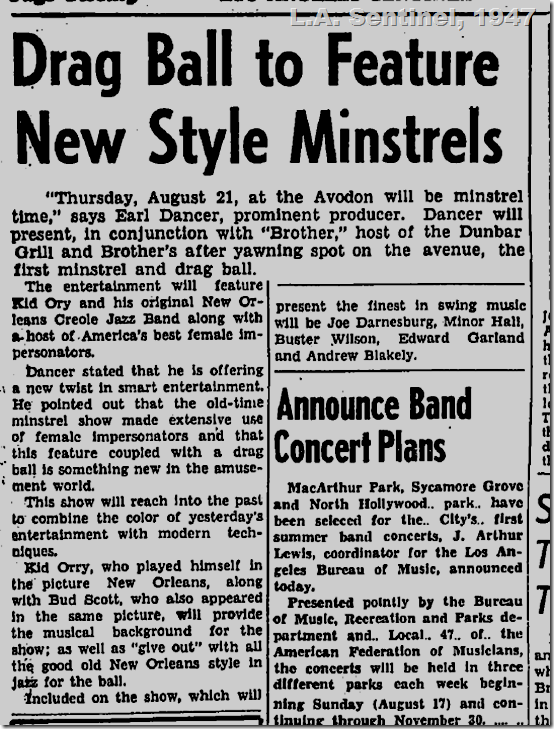 4 Responses to Black L.A. 1947: Drag Ball Planned for the Avodon Ballroom in DTLA