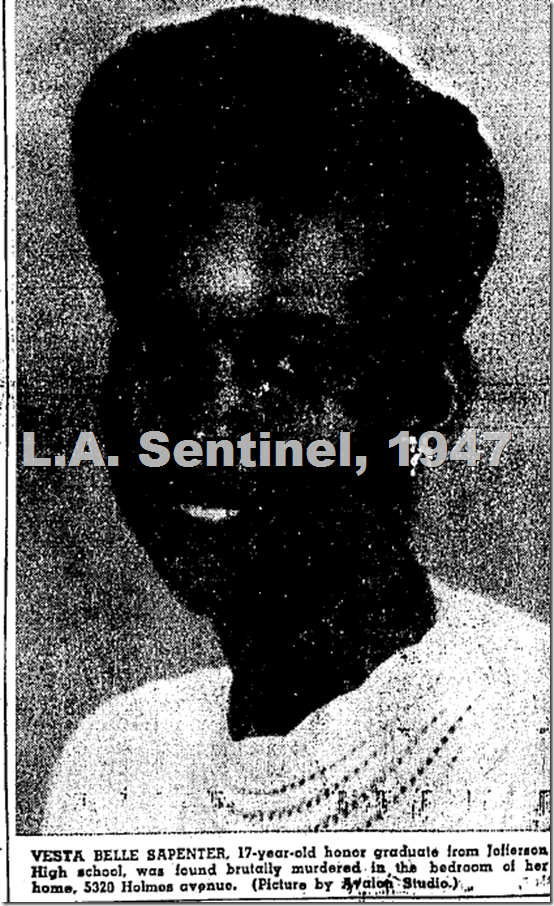 July 24, 1947: The Sentinel reports that Benjamin Allen, 16, of 5217 McGarry St., is being held in the death of Vesta Belle Sapenter. Benjamin had scratches on his hands and was the last person seen with Vesta, the Sentinel said.

The manager said that Claude Sapenter, a barber, insisted on the children being home at night and called every evening to check on them. When there was no answer, he left for home and arrived shortly after the body was found.

Benjamin was later released for lack of evidence. 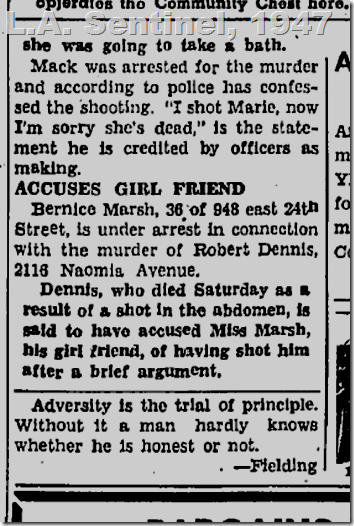