It is not commercially available on DVD and was apparently never released on VHS.

Seven days can be a long time. You begin getting the general idea upon seeing “Seven Days Ashore,” which came to the Palace yesterday. The ingredients of an agreeable — not stupendous, but agreeable — picture are there. Why the ingredients fail to jell is a matter that RKO might take up with the various cooks who ran off this corn-crusted potpourri.

The audience seems to get a goodly quota of enjoyment out of the additional “Seven Days Ashore. Miss McGuire puts plenty of zip into her songs. Alan Dinehart is responsible for some good quips. Laughs are rather well generated.

For Monday, we have a mystery captain.

Update: This is Emory Parnell.

For Tuesday, we have two images of mystery musicians. The mystery singer, above, is not Ernestine Schumann-Heink.

Update: This is Marcy McGuire. 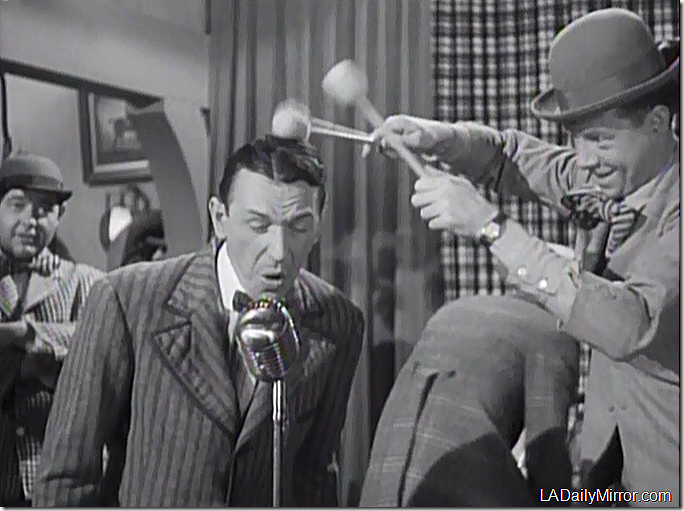 Then we have this mystery duo. They are not performing “Ionization” by Edgard Varese.

Update: Colonel Corn and His Band.

For Wednesday, we have these two debonair mystery chaps.

Update: This is Wally Brown and Alan Carney.

For Thursday…. hey wait, how did you get in here? 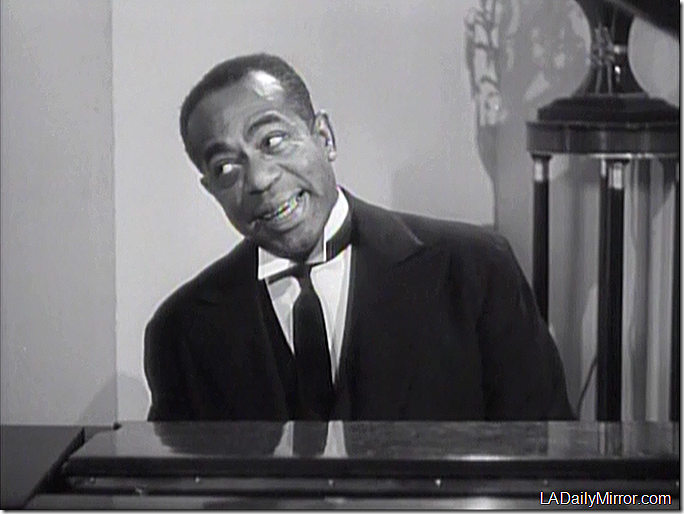 You too! What are you doing here?

Update: This is Dooley Wilson.

For Friday, we have this mystery duo…

Update: This is Elaine Shepard and Gordon Oliver. 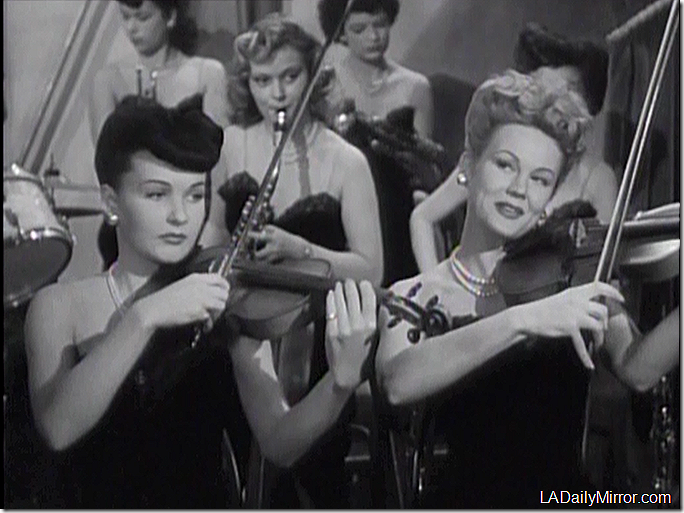 … and these mystery violinists.

Update: This is Amelita Ward and Virginia Mayo. Trivia note: They both appear in “The Best Years of Our Lives.”