This film was the first to be restored by the San Francisco Film Festival and was shown at the festival in 2013.  As far as I can tell, the unrestored version is available on DVD, but I can’t find a DVD of the 2013 restoration. 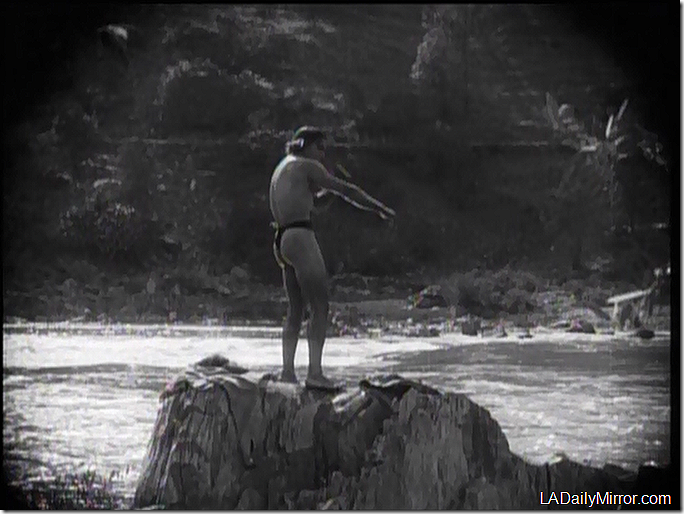 We first see Fairbanks in this establishing shot.

Rob Byrne describes some of the restoration process.

For Monday, we have a mystery guest and a mystery papoose.

Update: So far, this player is unidentified. I was hoping someone in the Brain Trust might recognize him. 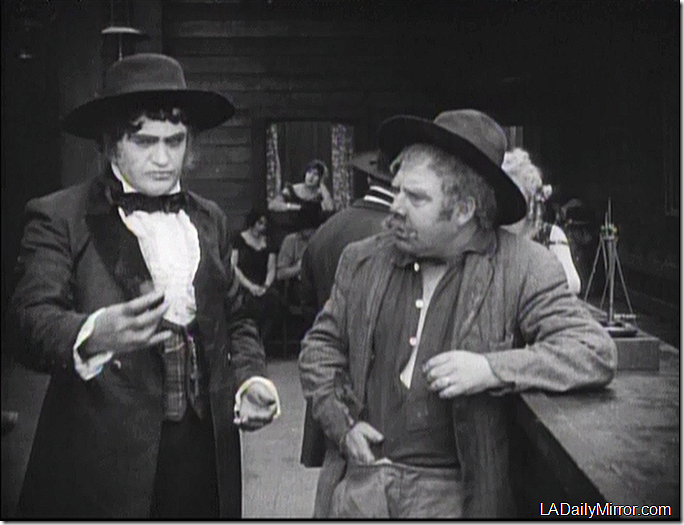 Update: Frank Brownlee on the left. Our inebriated friend on the right is unidentified.

And for Wednesday, we have this fashionable mystery gent with a most striking vest.

Update: This is George Beranger.

For Thursday, we have this sinister mystery gent …

Update: This is Sam De Grasse.

…. and this lovely mystery woman.

Update: This is Jewel Carmen.

All will become clear with our leading man tomorrow. 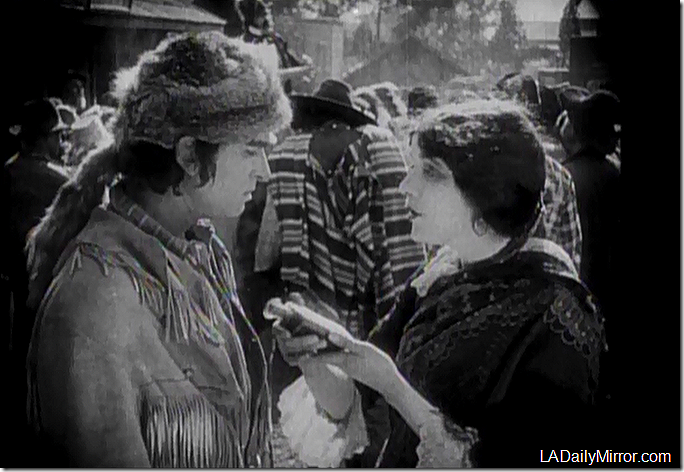 For Friday, our leading lady and leading man. How did he do such fantastic stunts with such little feet?