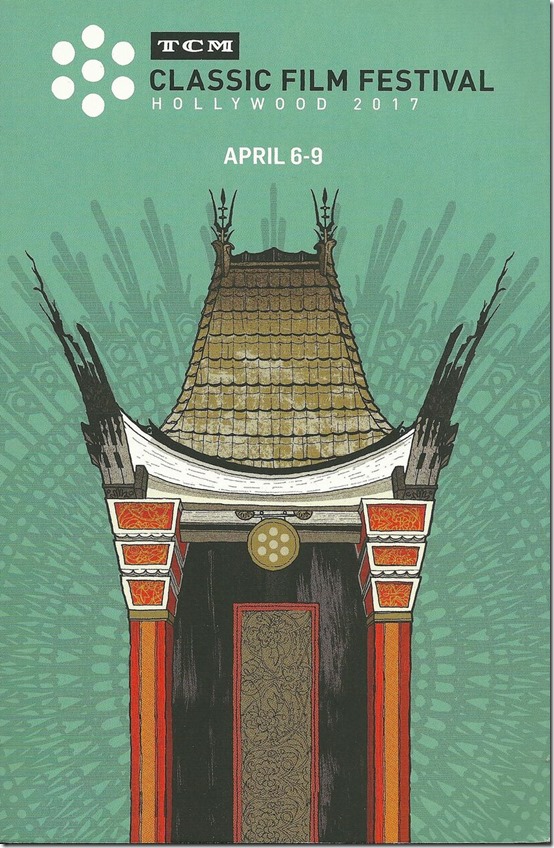 While the TCM Classic Film Festival’s official theme for 2017 saluted comedy, the underlying thread running through this year’s festival seemed to be preservation. Featuring everything from nitrate screenings to preservation talks to archivist introductions, the Festival saluted vintage films that wouldn’t survive without the care and help of film archives and libraries.

This year’s Festival opened Thursday afternoon April 6, with a Memorial Service for Robert Osborne, for whom this year’s event was dedicated. TCM employees spoke about their beloved colleague, and clips of his time on the channel or interviewing stars at the Festival played. A five minute video highlighting Osborne’s TCM career preceded each of the screenings that day.

A reel of film is unearthed in “Dawson City: Frozen in Time.”

Each night of the Festival also saluted the beauty of nitrate films with screenings of the 1934 “The Man Who Knew Too Much,” “Laura,” “Black Narcissus,” and “Lady in the Dark” at the newly renovated Egyptian Theatre, which can now show nitrate. Renowned director Martin Scorsese introduced the inaugural nitrate screening, pointing out how lucky the audience was to see such rare prints from the golden age of Hollywood. Nitrate prints allowed early cinematographers to paint with light, obtaining deep blacks and rich silvers, thanks to the flammable nitrate. Studios switched over to safety film in the late 1940s because of possibilities of fire from the dangerous though beautiful stock. The Egyptian Theatre itself has been restored to its classic glory, with a gorgeous new carpet highlighted with the exploding sun motif hanging over the screen.

Thursday evening I attended the West Coast premiere of Bill Morrison’s fascinating documentary “Dawson City: Frozen in Time.” The documentary reveals the true story of lost but discovered silent films that matches the rise and fall of the gold rush town Dawson City. Dawson City exploded in population in the late 1890s after the discovery of gold, but by 1910 had shrunk by more than half, after wiping out the Indians fishing camp. Silent films provided a lifeline to entertainment and the outside world. After the introduction of sound films, the silent films were buried under a skating rink in a former swimming pool and then forgotten for decades, until found with the demolishing of the property. Many survived thanks to being frozen in permafrost. Director Morrison employs a long list of clips from the discovered films to reveal the evolution of the twentieth century, including scenes from the 1919 World Series, newsreels, and American and French silent films. The clips show various amounts of deterioration, adding an elegiac tone to proceedings. While the piece is moving, the original score becomes distracting and annoying, like the constant running of a dentist’s drill.

A scene from “Black Narcissus.”

Friday afternoon at Club TCM, Eddie Muller moderated a panel discussion of independent DVD/Home Entertainment executives called “Bring ‘Em Back Alive: Tales of Film Restorations,” featuring Amy Heller of Milestone Entertainment, Bret Wood from Kino-Lorber, and Jeffrey Masino of Flicker Alley. Muller asked thoughtful and provocative questions of what it means to “rescue” films from obscurity and make them available to the public. He asked the panelists to describe the process of researching and discovering film elements as well as paper materials to facilitate restorations and release. 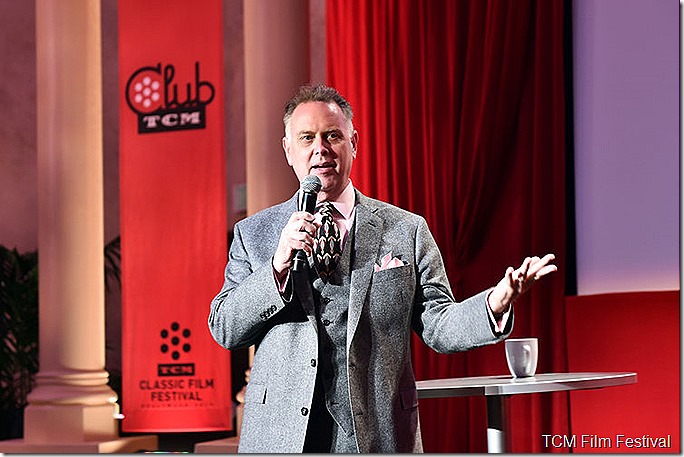 Most came to the business from a love of film, wanting to see prints they had always heard about or help expand the canon to include lost or forgotten filmmakers, particularly people of color or women. It sometimes takes years of persistent work and large budgets to track down and release the films. Each of the panelists showed work they were proud of; Masino displayed a clip from an early Howard Hughes’ silent film, Wood played excerpts of recently restored African American film pioneers’ work, and Heller showed an unknown film by avant garde filmmaker Shirley Clarke that was made for the Brussels’ World Fair, but which never played there.

Saturday afternoon in Club TCM, Randy Haberkamp of the Academy of Motion Picture Arts and Sciences hosted another entertaining Hollywood Home Movies screening, featuring commentary from Robert Koster, Fay McKenzie, and Harry Langdon Jr. Pianist Michael Mortilla gave voice to the silent clips with his understated though lovely accompaniment. Clips came from a wide variety of sources: Alfred Hitchcock home movies from 1928-1930, some with Anny Ondra, Basil Rathbone and other home movies in color during the making of “The Adventures of Robin Hood,” creative and comedic newsreels of celebrity baseball game from the Billy Gilbert Collection, color footage from the making of “Zenobia” in 1938-1939, Richard Brooks’ color home movies showing Humphrey Bogart and Lauren Bacall on their sailboat Santana, behind-the-scenes footage of director Henry Koster with Loretta Young, Celeste Holm, Betty Grable, and Jimmy Stewart, Fred Zinnemann home movie footage of a 1961 European trip, and Gypsy Rose Lee home movie footage from the filming of “The Trouble With Angels.”

An image from “Street Scene.”

That evening, the rarely screened 1931 King Vidor film “Street Scene” played at the TCL Chinese multiplex, the story about one day in the life of residents of a New York tenement building, filmed entirely in front of the large set. The moving film revealed how the country seems to be going backwards; residents of multiple countries sharing the one building, with the neighborhood a virtual smorgasbord of cultures and ethnicites, with talk of accepting refugees and immigrants, unlike today’s growing racism and division. Realistic to its time with the use of ethnic epithets and descriptions, the film introduced Beulah Bondi and John Qualen to the screen and featured a jazzy, almost “Rhapsody in Blue” like score from master composer Alfred Newman, from which excerpts are still used today. 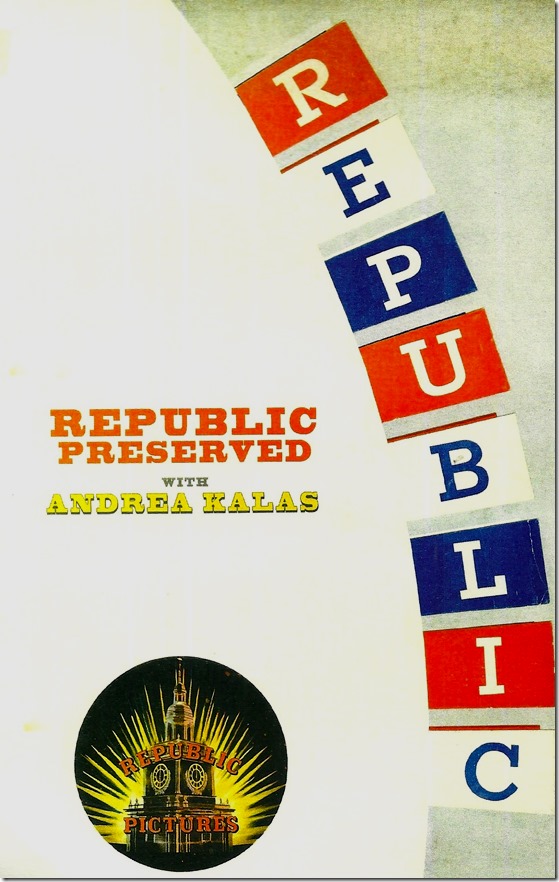 Early Sunday afternoon, Andrea Kalas of Paramount presented the program “Republic Preserved,” showing excerpts of many Republic films the studio is either restoring or preserving. Over the last several decades the studio acquired the vast Republic Pictures’ archive, including everything from features to newsreels to trailers. She described how the studio is rushing to make preservation masters of the large collection, and hopes they eventually be made available to the public. Many of the clips offered a short entertaining slice of the film.

“Yokel Boy” opened with an establishing shot of Hollywood Boulevard circa 1939 in a story about an independent film studio looking to promote itself. Beloved character actor Franklin Pangborn attempted to sell luxurious furs in a clip from “$1,000 a Minute.” “Army Girl” featured a clip of a tank competing against an equestrian outfit at Lone Pine. “The Grand Ole Opry” clip presented a very young Roy Acuff singing and whistling during “The Wabash Cannonball.” “Larceny on the Air” showed devious doings at a radio station. There were clips from Roy Roger films like “Under Western Stars,” “In Old Caliente,” “Twilight in the Sierras,” “Bells of Coronado,” and “Sunset in the West.” Kalas concluded with a medley of clips from Republic serials including “The Tiger Woman,” “The Invisible Monster,” “Radar Men from the Moon,” and others.

“This Is Cinerama” was shown at the Cinerama Dome.

Other special programs during the weekend included the Great Nickelodeon Show combining screenings of one-reel silent films interspersed with live vaudeville acts similar to what audiences would have been entertained with in the early 1910s. Over at the Cinerama Dome, screenings included “This Is Cinerama” and “It’s a Mad, Mad, Mad, Mad World.”