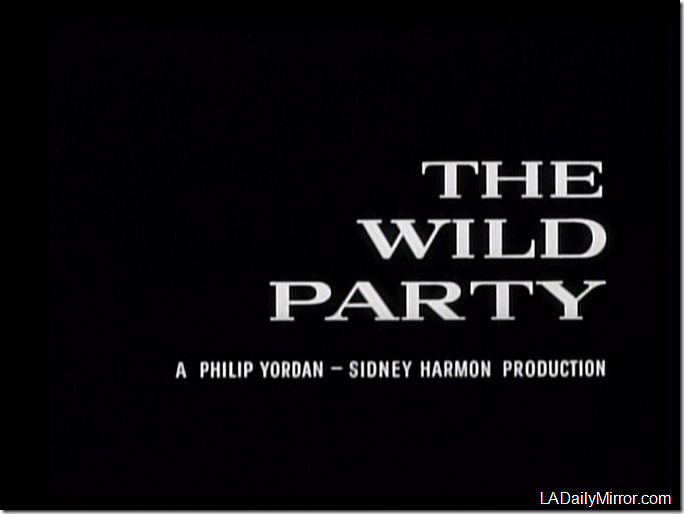 It was written by John McPartland, with music by Buddy Bregman, photography by Sam Leavitt, produced by Sidney Harmon and directed by Harry Horner.

“THE WILD PARTY,” a lurid little melodrama at the World, offers the same kind of diversion as the sight of four pythons teasing a pair of lambs. That is the sum and substance of this United Artists release (presented by Security Pictures) which manages to be weird, worthless and slightly terrifying at the same time.

It has apparently never been commercially released on DVD or VHS. 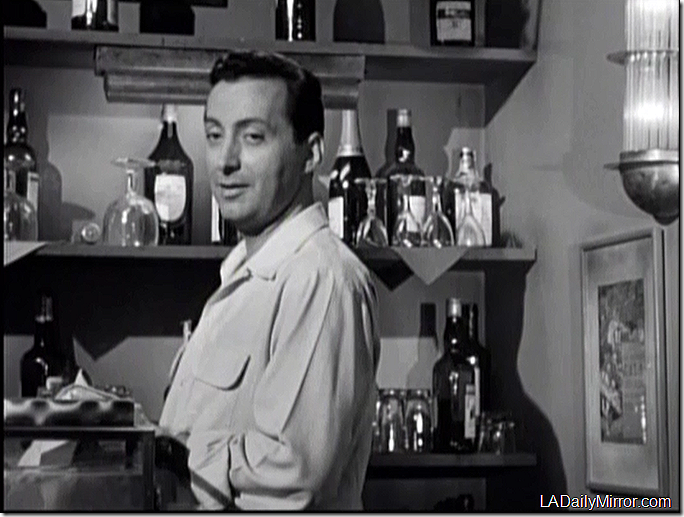 Update: This is James Bronte. 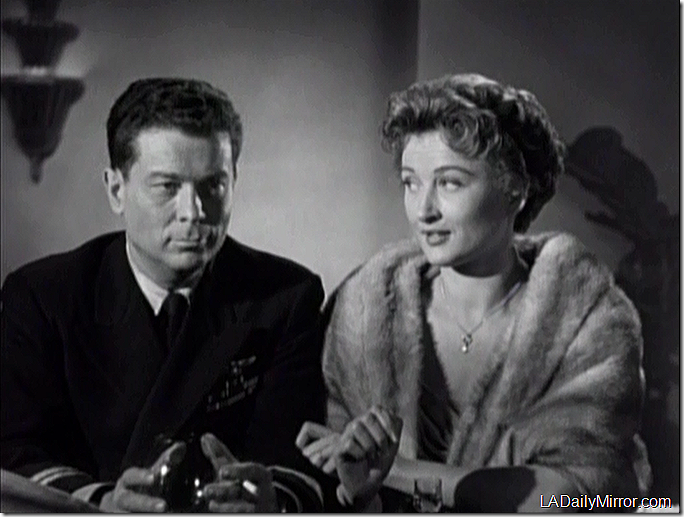 For Tuesday, we have this mystery couple.

Update: This is Arthur Franz and Carol Ohmart. 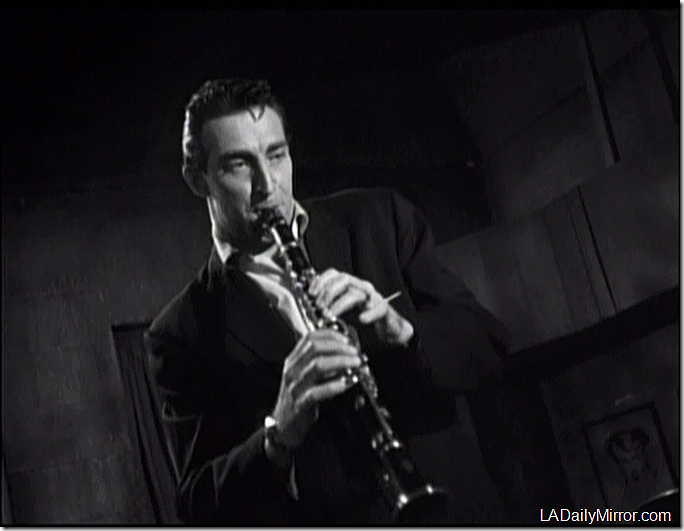 For Wednesday, we have a mystery musician.

Update: This is Buddy DeFranco 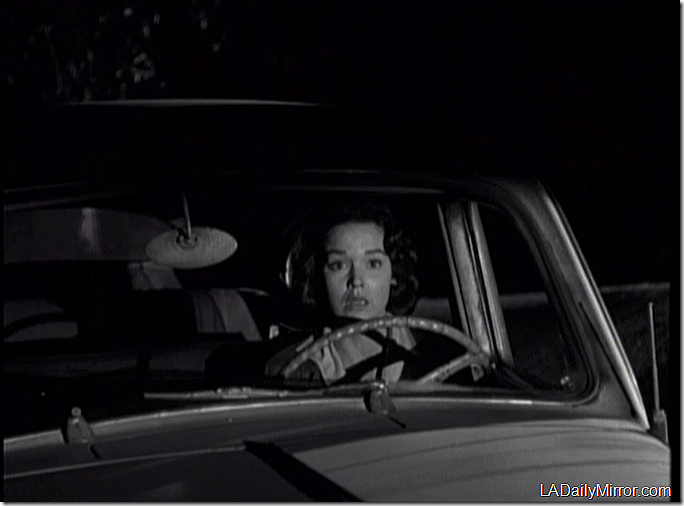 For Thursday, we have a rather alarmed motorist, possibly because someone has removed the split windshield from her 1940 Ford coupe.

Update: This is Kathryn Grant. 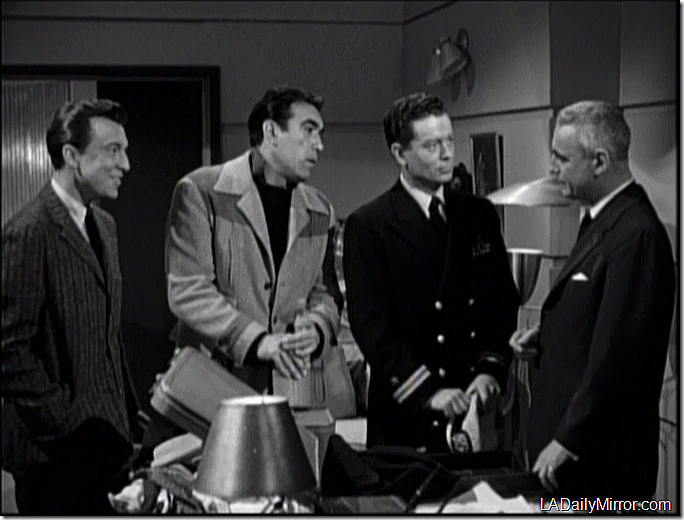 And for Friday, we have four guests with various degrees of mysteriousness.