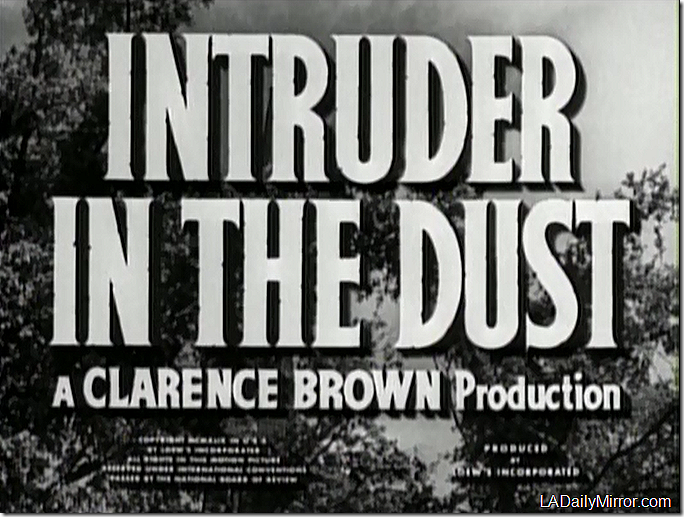 This week’s mystery movie has been the 1949 MGM picture “Intruder in the Dust,” with David Brian, Claude Jarman Jr., Juano Hernandez, Porter Hall, Elizabeth Patterson, Charles Kemper and Will Geer, from a screenplay by Ben Maddow based on the novel by William Faulkner. The movie was photographed by Robert Surtees, with art direction by Cedric Gibbons and Randall Duell, music by Adolph Deutsch, set decoration by Edwin B. Willis and Ralph S. Hurst, and makeup by Jack Dawn. It was produced and directed by Clarence Brown.

“Intruder in the Dust” is available on DVD from Warner Archive for $16.99.

Mary Mallory notes that the Film Noir Foundation recently posted a three-part interview with Claude Jarman Jr. on “Intruder in the Dust.”

The scenes are perhaps among the cruelest and bitterest that have ever reached the screen. The stolid faces, especially of the men, that watch for what might be a crucial event are a strange study of human inhumanism. It is a horrible effect …. But for all its values, which are very high indeed, the picture leaves something wanting in retrospect. We still don’t want to concede that any large segment of our population in this country is that ruthless. We feel that it is undermining to our general spirit in the eyes of the world in general. And we feel also that what the picture had to say does not quite come off, and that it isn’t helped one whit by pretty final speeches about conscience.

Out of the mordant material of William Faulkner’s “Intruder in the Dust,” which told a savage story of an averted lynching in a sleepy Southern town, Producer-Director Clarence Brown has made a brilliant stirring film. Under the title of the novel, it opened at the Mayfair yesterday. And without one moment’s hesitation, this corner, still shaking, proclaims that it is probably this year’s pre-eminent picture and one of the great cinema dramas of our times.

Update: This is Julia S. Marshbanks.

For Tuesday, we have a young mystery guest. Just ignore Back of the Head Guy.

Update: This is Elzie Emanuel with Claude Jarman Jr. as Back of the Head Guy.

For Wednesday, we have a lady with a hat.

Update: This is Elizabeth Patterson.

Note: Tuesday’s Back of the Head Guy was irresistible to the Brain Trust. 🙂 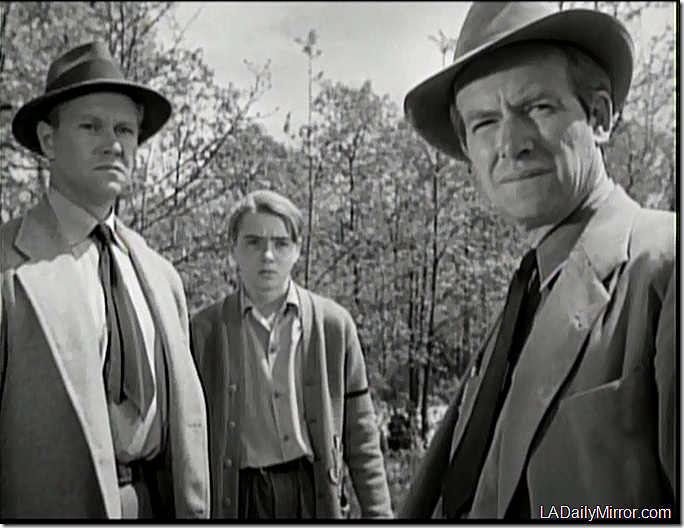 For Thursday, we have these mystery guests. They are talking to this mystery gent: 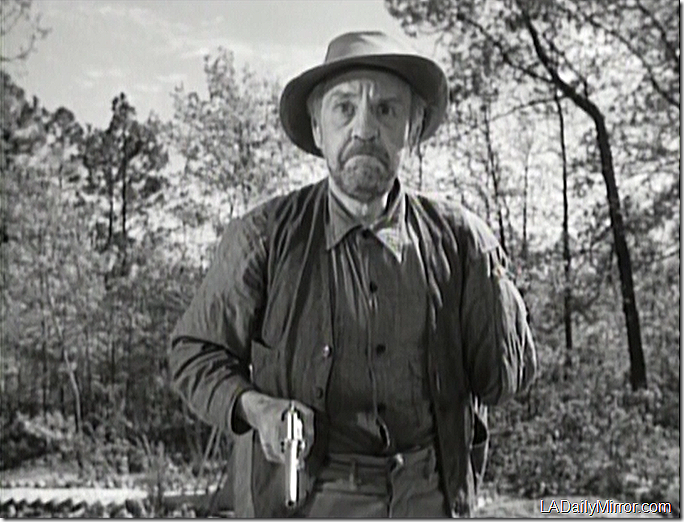 (Hint: This is not Bill Raisch, the one-armed man from “The Fugitive.”)

Update: This is Porter Hall, a long way from “Double Indemnity.”

And for Friday, we have a mystery gent.

Update: This is Juano Hernandez.