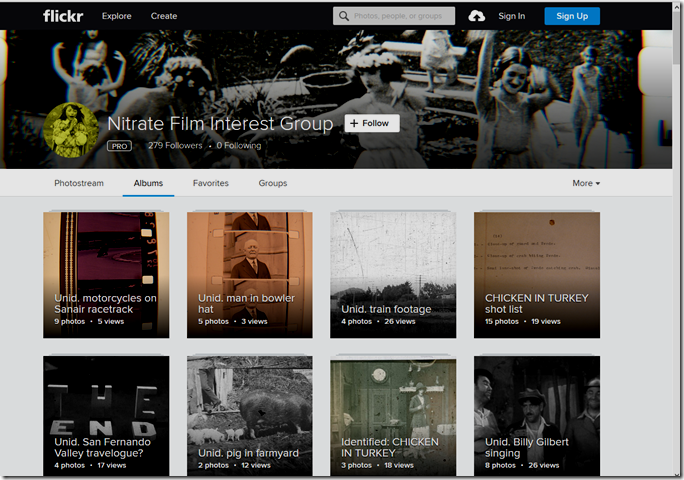 It was a tough week for the mystery photos and here’s why: All of these mystery movies are unidentified films listed on the Nitrate Film Interest Group page – and if you ever feel like testing your mystery movie skills, this is the place to do it. These films were shown in the last few years at the Mostly Lost series presented at the Library of Congress National Audio-Visual Conservation Center, Packard Campus in Virginia.

Many of the movies are silents or are 16 millimeter versions of films intended for home use. Some are short fragments and have nothing but edge coding while some are longer.

Monday’s movie is most likely a chapter of the lost Jack Mulhall serial “Into the Net.”

Tuesday’s movie is unidentified, but probably shot on the East Coast.

Wednesday’s movie is an unidentified samurai movie – I’m fairly certain it aired on TCM in the last year.

Thursday’s movie is about a theft of a string of pearls with intertitles that are apparently in Dutch.

Friday’s movie appears to be an “Our Gang” knockoff with French intertitles and Pathe France edge coding.

I am retired from the Los Angeles Times
View all posts by lmharnisch →
This entry was posted in Film, Hollywood, Mystery Photo, Preservation and tagged film, hollywood, Mostly Lost, mystery photo, preservation. Bookmark the permalink.