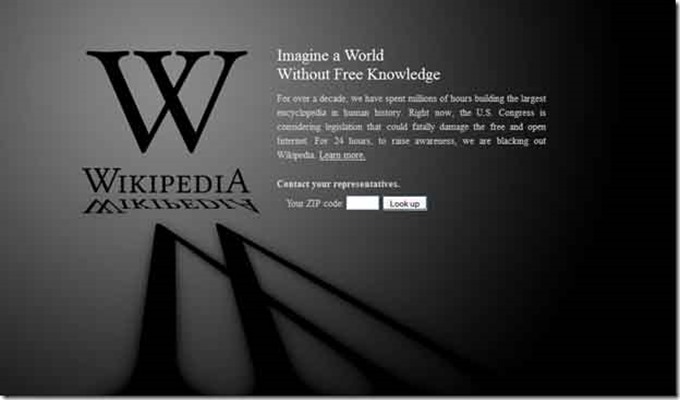 Well, it works for me.

I wanted a quick answer to the date of Aaron Copland’s “El Salon Mexico,” and sure enough, at the top of the Google search there was my old nemesis Wikipedia. I usually exclude Wikipedia from my searches, but this time I read a few paragraphs.

Previously on the Daily Mirror:

Here is the article as it exists at 8:06 a.m. on Oct. 8, 2015, and it’s necessary to quote it because Wikipedia articles are written in sand and can be revised by anyone at any time:

The work is a musical depiction of an imaginary dance hall in Mexico City, which, its name implies, represents the country of Mexico as Copland perceived it. The subtitle was “A Popular Type Dance Hall in Mexico City.”

Copland observed that he despaired of the ability to portray, or even understand, the complexity that is Mexico. He continues to say that what he wrote, and what he knew he was writing, was a portrayal of the “visible” Mexico, to some extent the touristy Mexico. He chose dance as the vehicle for his musical portrayal.[citation needed]

Although Copland wrote in his autobiography that he had been taken to “El Salón México” by Carlos Chávez, he also learned of it from a guidebook:

Perhaps my piece might never have been written if it hadn’t been for the existence of the Salón México. I remember reading about it for the first time in a tourist guide book: “Harlem-type nightclub for the peepul [ sic in the source quoted], grand Cuban orchestra. Three halls: one for people dressed in your way, one for people dressed in overalls but shod, and one for the barefoot.” When I got there, I also found a sign on the wall which said: “Please don’t throw lighted cigarette butts on the floor so the ladies don’t burn their feet.”

…In some inexplicable way, while milling about in those crowded halls, one really felt a live contact with the Mexican people — the electric sense one sometimes gets in far-off places, of suddenly knowing the essence of a people — their humanity, their separate shyness, their dignity and unique charm.[1]

Now here is where it gets interesting:

The above is a series of white lies. In the 75 years since the work’s premiere, there has been no newspaper article about the “original” Salón México. None of the hundreds of Copland enthusiasts who have heard the work and visited Mexico City has succeeded in tracking it down. Even the guidebook, with its “peepul” and “people dressed in your way”, has not been identified. The concept that a commercial establishment would invite peasants who had no shoes (who were doing what, in Mexico City?), and that the well-to-do would patronize the same establishment, even in a separate room (soundproofed?), with a Cuban orchestra, is incongruous, to say the least. Not many mariachis in Havana. No wonder it sounds like a Harlem nightclub.

The work contains three musical styles and goes through the series of three twice, starting each time with the upper-class music, passing through a more vigorous working-class music, and ending with the foot-stomping dance of the peasantry. Divisions between the sections are clear, as if one had walked through a doorway. The upper-class music suggests formal European dancing of the nineteenth century, ugly and even a bit sissified, anything but lyrical. The peasant music is far richer rhythmically and more powerful, with a suggestion of the pre-Hispanic (Indian) in it. The work’s conclusion celebrates this kind of music, not that of the well-to-do. Musically, the work displays beautifully Copland’s populism.

Copland began the work in 1932 and completed it in 1936. The Mexico Symphony Orchestra gave the first performance under the direction of Carlos Chávez in 1937. The piece was premiered in the U.S. in 1938. Although Copland visited Mexico early in the 1930s, he based this tone poem not on songs he heard there, but rather on written sheet music for at least four Mexican folk songs that he had obtained: “El palo verde,” “La Jesusita,” “El mosco,” and “El malacate.” The powerful refrain that appears in the piece three times stems from “El palo verde.” Critics have variously described the piece as containing two, three, or four parts, but many listeners find that it moves seamlessly from one theme to another with no clear internal boundaries.

At least three arrangements of the piece exist in addition to the orchestral score. Copland adapted the work for the 1947 musical film Fiesta, directed by Richard Thorpe for MGM. Leonard Bernstein created arrangements for solo piano and for two pianos, four-hands very shortly after the premiere. In addition, a piano transcription of the score was made by conductor Arturo Toscanini in 1942, when the Maestro included the music on an NBC broadcast concert.

… because we’re going to look at this:

Even the guidebook, with its “peepul” and “people dressed in your way”, has not been identified.

Because with very little trouble — once we exclude Wikipedia —  we can find a snippet of Copland’s account from the “RCA Record Review” of May 1938.

So in five minutes, we are ahead of the anonymous Wikipedia writer by identifying the author of the guidebook in question: Anita Brenner. (And yes, she has her own Wikipedia entry, but we are NOT going to go there.)

With a bit more digging, we can identify the guidebook in question: “Your Mexican Holiday: A Modern Guide.”

A Worldcat search reveals that there are multiple editions of Brenner’s “Your Mexican Holiday: A Modern Guide.”

The book was first issued by G.P. Putnam’s Sons in 1932 and revised in 1935. There was apparently another revision because the 1941 publication is described as the fourth revised edition and the 1947 version is the fifth revised edition.
Obviously, if Copland wrote the article in 1938, that reduces the possible sources to the 1932 and 1935 versions of Brenner’s “Your Mexican Holiday” and possibly the missing one. I will leave it for someone with more time to track down those editions of the book. I would be quite interested to learn if one of those editions does refer to “Salon Mexico.”

Oh, Wikipedia. You make it too easy.

I am retired from the Los Angeles Times
View all posts by lmharnisch →
This entry was posted in Wikipedia and tagged #Wikipedia. Bookmark the permalink.