This week’s mystery movie is “Fast Company,” a 1938 MGM film written by Marco Page (Harry Kurnitz) and Harold Tarshis from a book by Page, directed by Edward Buzzell and photographed by Clyde Devinna. 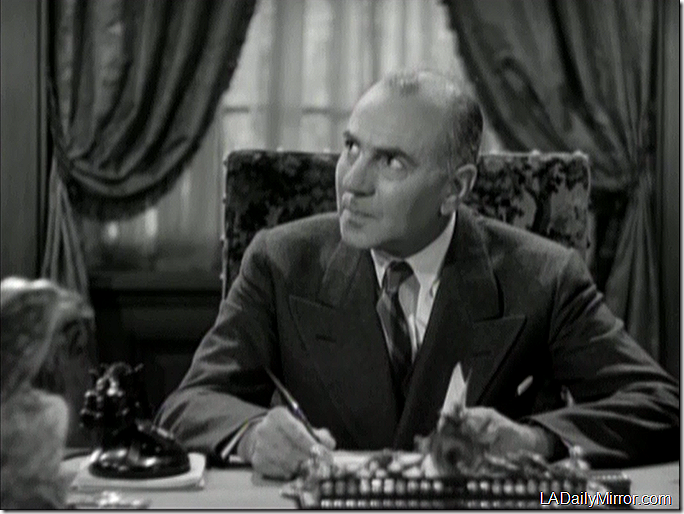 And it has one of my favorite Prof. Moriartys.

And for Monday, we have a mystery woman.

And for Tuesday, a mystery gent.

And for Wednesday, a couple of semi-familiar mystery gentlemen.

Gary Martin says: for Tuesday, XXXXX, with whom i once had the pleasure of working on an After School special (along with Theresa Wright.). He also did tons of theatre in NYC in my day.

And for Thursday,  a mystery woman, who is giving an olive rather a bad time.

LC notes that TCM just aired this for XXXXX’s day, which I overlooked. As you may recall, I try to impose at least a one-year embargo on movies that have been on TCM, but sometimes a movie slips through.

And for Friday, two non-mystery gentlemen.