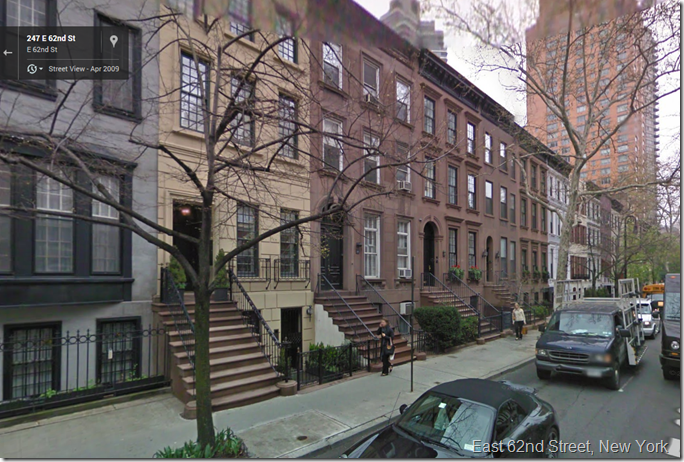 “I stood beside him in the bay window of Laura’s living room. East 62nd Street had yielded to the spirit of carnival…”

In case you just tuned in, I’m using Louella Parsons’ May 15, 1944, item on Rouben Mamoulian being replaced as the director of “Laura” to take a meandering look at the making of the film, which was released in Los Angeles in November 1944. Previous posts have examined the writing career of “Laura” novelist Vera Caspary and the state of the detective story in 1941, when she was writing the novel.

In this series of posts, we’re looking at some of the sites used in the novel. Recall that in “Murder for Pleasure, Howard Haycraft’s 1941 book on the history and art the detective story, Haycraft urged mystery writers to use actual locations: 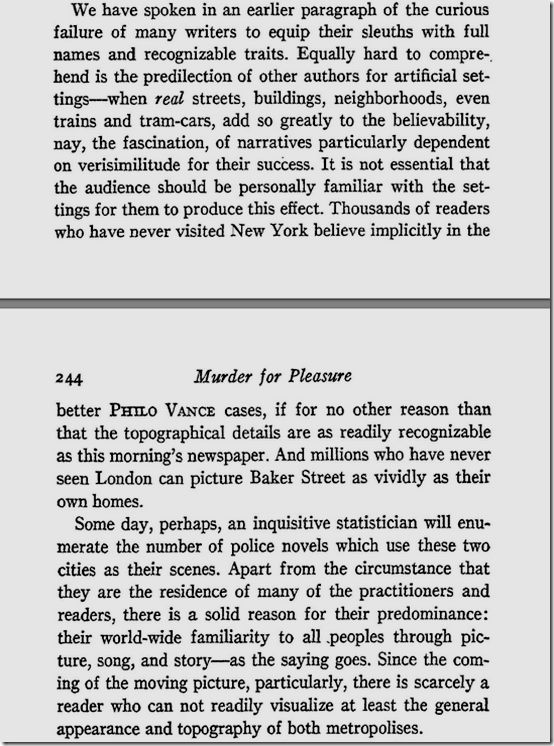 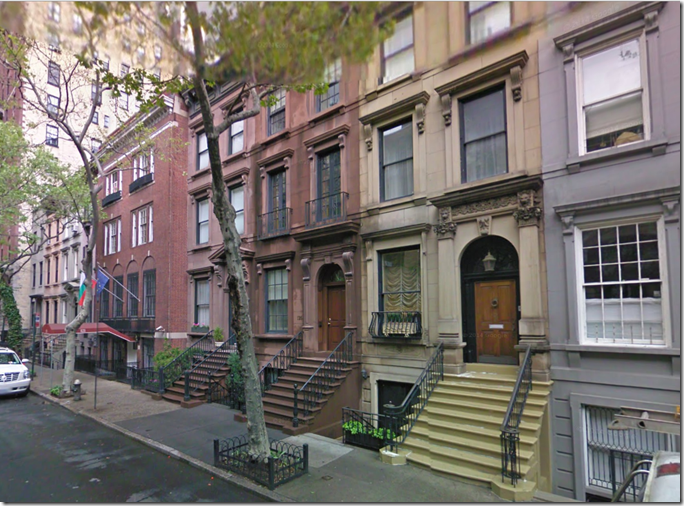 One of Caspary’s strengths was her skill in observing detail and among the best examples in “Laura” is the description (Page 35) of Laura Hunt’s apartment on East 62nd Street as given in the voice of newspaper columnist Waldo Lydecker (played by Clifton Webb in the film). This location is particularly important because it’s the crime scene and because much of the action occurs here:

“The house was one of a row of converted mansions, preserved in such fashion that Victorian architecture sacrificed none of its substantial elegance to 20th century chic. High stoops had given way to lacquer-red doors three steps down; scrofulous daisies and rachitic geraniums bloomed in extraordinarily bright blue and green window boxes; rents were exorbitant. Laura had lived here, she told me, because she enjoyed snubbing Park Avenue’s pretentious foyers. After a trying day in the office, she could neither face a superman in gilt braid nor discuss the weather with politely indifferent elevator boys. She had enjoyed opening the street door with a key and climbing the stairs to her remodeled third floor. It was this taste for privacy that led to her death, for there had been no one to ask at the door if Miss Hunt expected a visitor on the night the murderer came.”

Caspary sprinkles details of the interior of Laura’s apartment throughout the book. There is the bare floor of the entryway where the body fell next to the Aubusson rug (Page 10) and elsewhere she describes “blood running in rivulets to the edge of the green carpet” (Page 36). Waldo refers to a refectory table (Page 37), a “long green chair and an ottoman” (Page 37) and a “black marble fireplace in which the logs were piled.”  On the bookshelves (Page 38), Detective Mark McPherson (played by Dana Andrews in the film) notices “a certain small volume bound in red morocco.” And a baseball autographed by Cookie Lavagetto on Laura’s desk. (Page 40).

Two other items are worth mentioning. The first is mercury glass vase on Laura’s mantel (Page 39), which appears on the cover of the book. 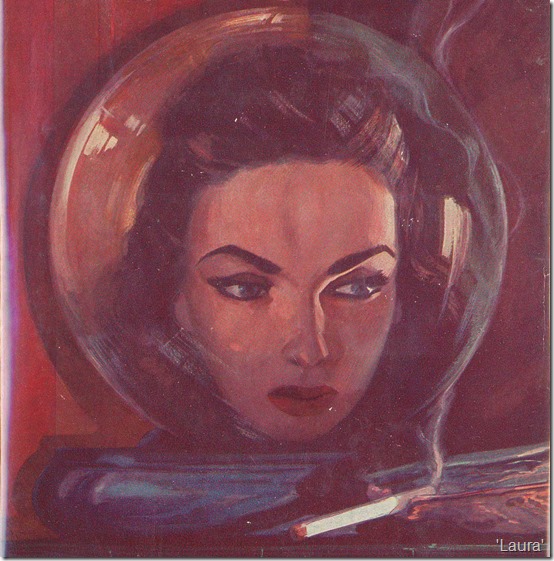 “Bessie Clary, Laura’s maid, had told the police that her first glimpse of the body had been a distorted reflection in the mercury glass globe on Laura’s mantel. That tarnished bubble caught and held our eyes, and we saw in it fleetingly, as in a crystal ball, a vision of the inert body in the blue robe, dark blood matted in the dark hair.” 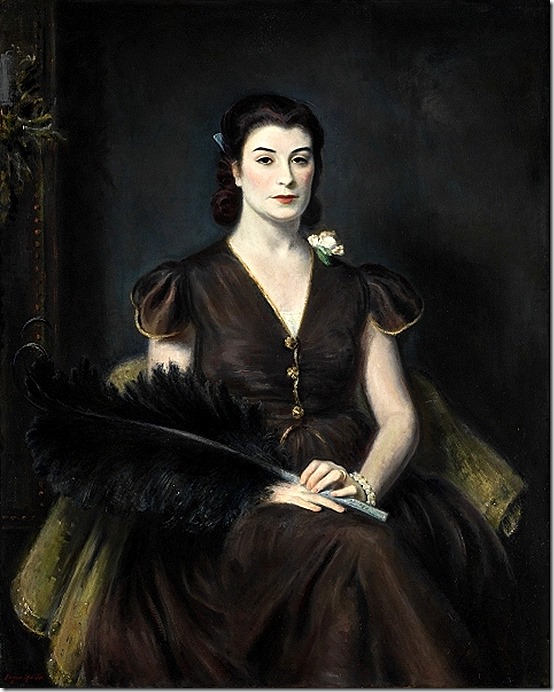 “Near the door, a few feet from the spot where the body had fallen, hung Stuart Jacoby’s portrait of Laura. Jacoby, one of the imitators of Eugene Speicher, had produced a flattened version of a face that was anything but flat. The best feature of the painting, as they had been her best feature, were the eyes. The oblique tendency, emphasized by the sharp tilt of dark brows, gave her face that shy, fawn-like quality which had so enchanted me the day I opened the door to a slender child who had asked me to endorse a fountain pen. Jacoby had caught the fluid sense of restlessness in the position of her body, perched on the arm of a chair, a pair of yellow gloves in one hand, a green hunter’s hat in the other. The portrait was a trifle unreal, however, a trifle studied, too much Jacoby and not enough Laura.”

4 Responses to ‘Laura’ — The Making of a Film Noir Classic, Part 20