Married Couple Held in Blackmail of Single Woman for $27,000

Sept. 27, 1963: I always thought blackmail was something that only occurred in old Perry Mason episodes, but here’s an actual case and it’s quite strange. It involves a married man blackmailing a single woman.

According to a news account in The Times, attorney Joseph Heneghan of Mineola, N.Y., had an affair with Margaret Mirabella, 31, and recorded some of their “intimate conversations.” When Mirabella’s husband died in a car accident, Heneghan asked her to marry him, but she refused.

About a year later, Heneghan’s wife “heard the tapes” and demanded that Mirabella turn over $27,000 or she would “destroy” her. Mirabella paid the money, according to the news report, but had second thoughts and contacted the district attorney’s office.

The Owosso Argus-Press has a somewhat different version of the story about the rampaging elephant. There’s nothing about picking up a car and throwing it to the ground. 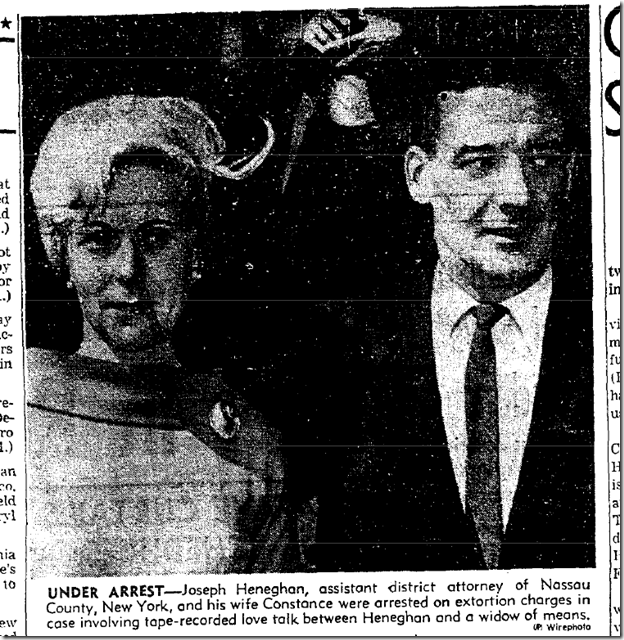 I am retired from the Los Angeles Times
View all posts by lmharnisch →
This entry was posted in 1963, Animals, Art & Artists, Comics, Crime and Courts, Film, Hollywood and tagged 1963, blackmail, comics, crime and courts, mad elephant. Bookmark the permalink.
%d bloggers like this: