Why Can’t Anybody Get L.A. History Right? 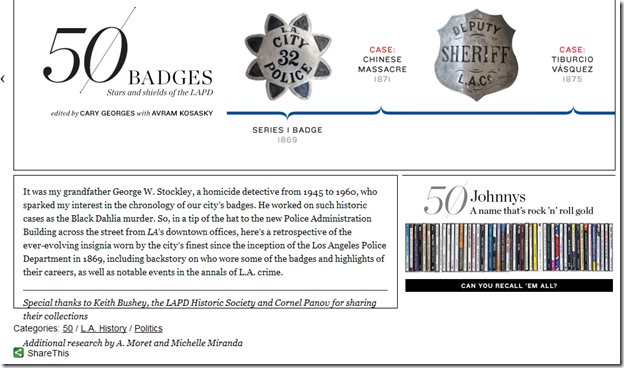 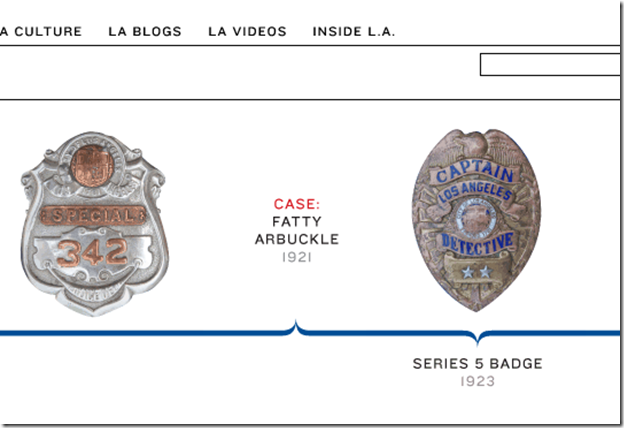 Ignorance about Los Angeles history is, alas, all around us. But imagine my dismay to discover this gaffe by The Times magazine –a separate publication by the ad folks that had no input from the The Times editorial staff.

This little gem from 2009 (humorously referred to as “edited” by Cary Georges with Avram Kosasky with what is amusingly described as “additional research” by A. Moret and Michelle Miranda”) notes that the Fatty Arbuckle case occurred in 1921.

Which it did. But in San Francisco. Nice going, guys. I’m not even going to look for more mistakes. Life is too short.

Of course, former LAPD Detective Steve Hodel makes the same mistake in “Black Dahlia Avenger”  (Page 3), which tells you something about the caliber of his research.

I am retired from the Los Angeles Times
View all posts by lmharnisch →
This entry was posted in 1921, Crime and Courts, Hollywood, LAPD, San Francisco and tagged 1921, Fatty Arbuckle, hollywood, lapd, San Francisco. Bookmark the permalink.

7 Responses to Why Can’t Anybody Get L.A. History Right?