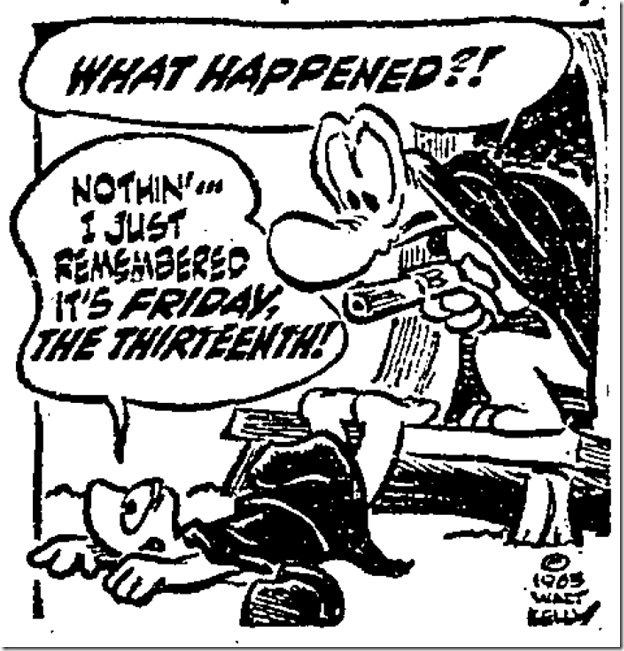 Joseph and Anna Lewis, 2630 Johnston St., Highland Park, had been married for 42 when she disappeared.

Not that Joseph, 72, a carpenter, was particularly concerned about her absence. Police were not informed of the disappearance until her daughter Shirley returned from a vacation in Montana and learned that her mother was missing.

According to Anna’s brother Charles Biba, she had visited in Chicago and boarded a direct flight to Los Angeles on Aug. 13.

Joseph told police “she has probably run off with some man,” but allowed investigators to search the home and agreed to a polygraph test — which he “passed with flying colors,” The Times said. Further investigation revealed that he had filed for divorce while his wife was gone.

But on Sept. 12, 1963, Ray Pinker of the LAPD crime lab found something suspicious while making a thorough search the Lewis home. Discovering a newly painted panel in a room on the second floor, police pried out some wall board.

On a rollaway bed, they found the remains of Anna Lewis, 70, barefoot and wearing a flower print dress. She had been dead about a month, and an autopsy revealed that she had been strangled.

Joseph disappeared and there are no further stories about the case. The Times reported that authorities feared he might commit suicide.

The 2600 block of Johnston Street in Highland Park via Google Street view. 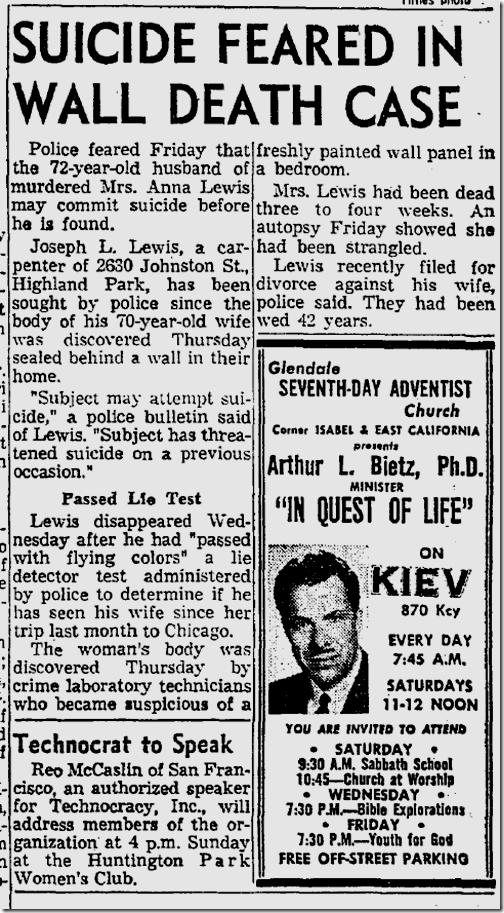 I am retired from the Los Angeles Times
View all posts by lmharnisch →
This entry was posted in 1963, Art & Artists, Comics, Crime and Courts, Homicide, LAPD, Suicide and tagged 1963, comics, Highland Park, homicide, lapd. Bookmark the permalink.