The Death of Ted Healy — Part 1 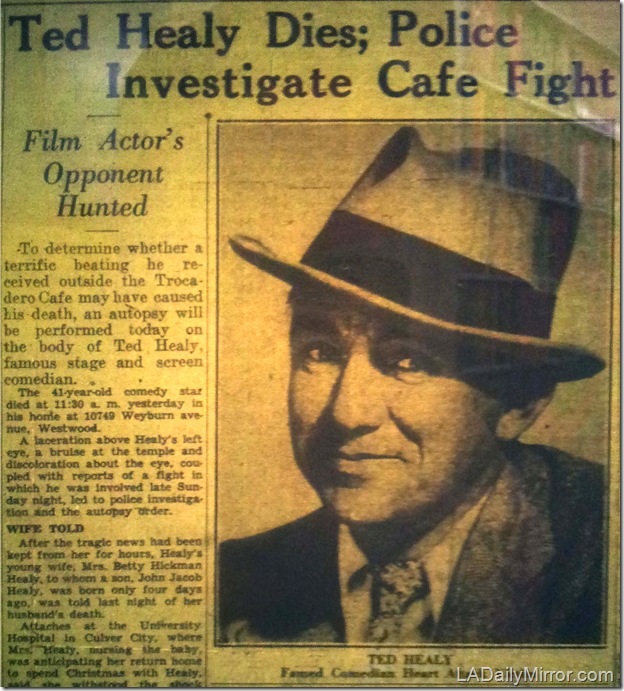 In the days leading up to his death, comedian Ted Healy had been under continuous observation  by his sister, Marcia, and manager, James Marcus, to keep him from drinking and otherwise out of trouble. Hymie Marx, a bodyguard, had been hired not to protect Healy from his fans but to protect him from himself.

A longtime alcoholic, Healy had apparently been striving to stay sober in the last months of his life. Sammy Lewis, a partner in Slapsy Maxie Rosenbloom’s cafe, said: “During the past six months, I saw Ted very frequently. He never drank anything stronger than coffee at those times and he seemed in the best of health.” (Examiner, Dec. 26, 1937) 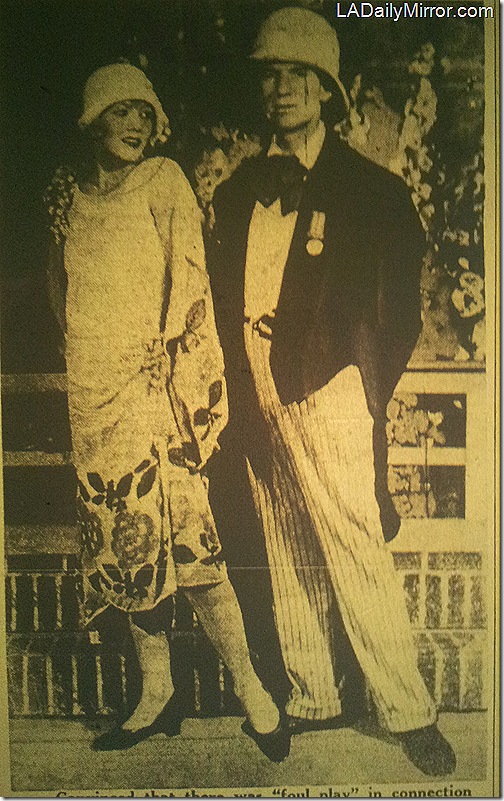 Dec. 25, 1937: Betty Braun Healy and Ted Healy in an undated photo published in the Daily News. 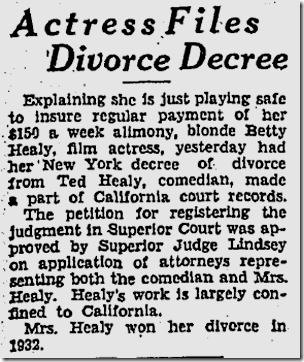 May 16, 1936, Ted Healy elopes with the former Betty Hickman, as reported in The Times. 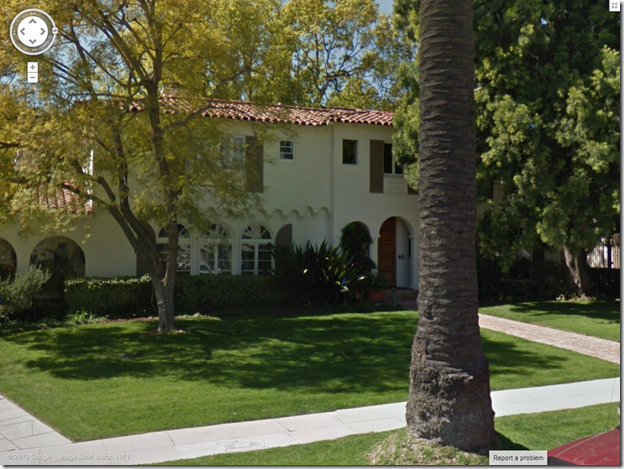 Healy had married 21-year-old UCLA student Betty Hickman, on May 15, 1936, and was living at 623 Hillcrest Drive, Beverly Hills, but they separated Aug. 28 of that year. In suing for divorce, she “accused the screen player of displaying a violent temper and of making their married life continually unpleasant by frequent quarreling.” (The Times, Oct. 4, 1936)

Despite the estrangement, there was apparently a reconciliation, as she became pregnant and gave birth to their son, John Jacob Healy, on Dec. 17, 1937, at University Hospital in Culver City.

I am retired from the Los Angeles Times
View all posts by lmharnisch →
This entry was posted in 1937, Film, Hollywood and tagged #Wikipedia, 1937, film, Ted Healy, Three Stooges. Bookmark the permalink.

8 Responses to The Death of Ted Healy — Part 1