How to Wear a Hat – Newsboy Cap Edition

I was watching “Emperor of the North” and thought a post on newsboy caps might be a good follow-up on How to Wear a Hat – Noir Edition. Because you should never have to see something as unfortunate as the costume of Jack Huston in “Boardwalk Empire,” where the suit doesn’t match the shirt, doesn’t match the tie, doesn’t match the hat – oh that hat. Dressed from the Salvation Army.

Here’s a lesson on wearing a newsboy cap from Lee Marvin in the 1973 film “Emperor of the North,” set in 1933, with costume design by Ed Wynigear, who also worked on period films such as “Tora! Tora! Tora!” “1941,” “Under the Rainbow” and “The Sand Pebbles.”

It’s much more difficult to find a leading man who wears a newsboy cap. The characters are usually a little more rakish or a little tougher and it’s significant that Marvin wears one to play a hobo. Of course it’s only part of his wardrobe of seedy presentability, in which everything he wears is ripped or frayed – and finished off with heavy shoes.

And while I’m on the subject: People who do hair in period films … take a look at Lee Marvin’s 1930s hobo haircut. 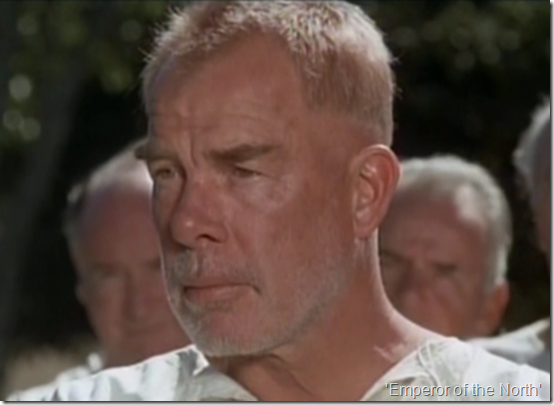 He’s been scalped. It’s right on the money.

The Marx Bros.’ 1931 film “Monkey Business” is full of examples on different ways to wear a newsboy cap. Here’s a lesson in elegance from Maurice Chevalier, whose photo appears in the passport sequence.

Rockliffe Fellowes, left, demonstrates how a wealthy gangster wears a newsboy cap, in a scene with Groucho.

Or add a neatly trimmed beard and three-piece suit for a dignified look. 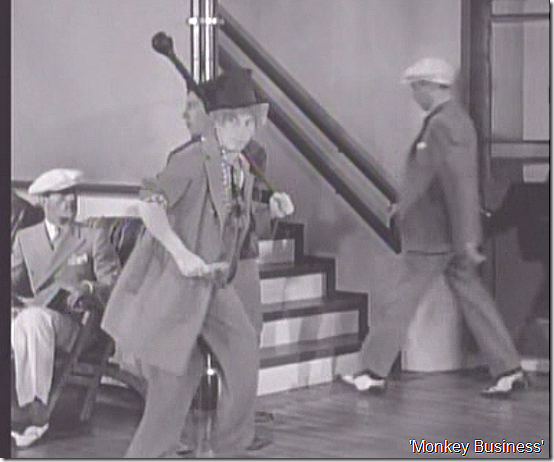 And don’t forget to wear your spectator shoes!

I am retired from the Los Angeles Times
View all posts by lmharnisch →
This entry was posted in 1933, 1973, Fashion, Film, Hollywood and tagged #Newsboy caps. Bookmark the permalink.

4 Responses to How to Wear a Hat – Newsboy Cap Edition