The whole thing started many months ago when Sparks Stringer poured out
his chagrin here at being unable to find any farkleberries in L.A. He
had in mind whipping up a farkleberry pie like his mother used to make
down South.

Clearly there’s something unlikely and contagious about the word
farkleberry. Publicist Joe Weston was so enchanted by it he named his
frisky Siamese cat Farkleberry. Others thought it was a gag. It isn’t.
A farkleberry, I’m told, is somewhere between a huckleberry and a
gooseberry.

Comes now a letter from Capt. M.R. Flehinger, who used to sell the
Daily News at Beverly Boulevard and Normandie and is now with the Air
Force in Japan.

“After asking in vain for farkleberry pie in Hong Kong, Bangkok and
most of the larger cities in Japan,” he writes, “I though I’d scored in
a Tokyo restaurant. But it was only the accommodating manager and the
language barrier working against me. What I got was a plain berry pie,
I think. Of course, it might have been farkleberry but how can you be
sure?” 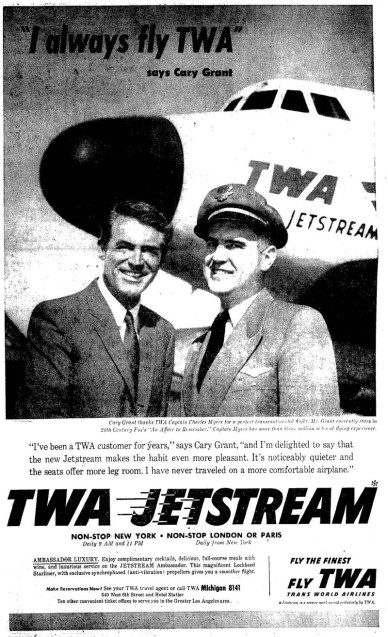 The search goes on.

ALTHOUGH Mrs.
Alex Mayer of North Hollywood has been making regular purchases on her
charge account at a department store, she has received no bill for
three months. The other day, she phoned the store and inquired about
it.

A girl looked up the account and reported, “The reason you haven’t
received a bill is that you moved and the mail we sent to your new
address has been coming back.”

“Well,” said the girl, “on the last payment we had from you your
address was a post office box–PO 50042–and our statements have been
returned from there.”

So Mrs. Mayer explained that PO 5-0042 is her telephone number–PO as
in POplar. And now, lucky girl, she will be able to pay her bill.*

Oh, I can tell you, life can be complicated.

AROUND TOWN–As an added fillip to its lavish party for the movie “Omar Khayyam,”
Paramount operatives scoured the city’s tobacconists for Omar
cigarettes. Mostly the tobacco boys said they hadn’t seen any in 25
years. But guess where the Paramounters found an unlimited
supply–Rexall’s.

I am retired from the Los Angeles Times
View all posts by lmharnisch →
This entry was posted in Columnists, Film, Food and Drink, Matt Weinstock and tagged #Cary Grant, 1957, Matt Weinstock, Omar Khayyam, telephone exchanges, TWA. Bookmark the permalink.