Posted on November 7, 2022 by lmharnisch

Follow Me by Adolph Deutsch. You Won’t Forget Me, by Kermit Goell and Fred Spielman. Tenderly by Jack Lawrence and Walter Gross. Two Faced Woman by Howard Dietz and Arthur Schwartz.

Set decorations by Edwin B. Willis and Jack D. Moore.

More on the history of Torch Song is available from the AFI catalog.

Torch Song is available on a Warner Archive DVD from Critics’ Choice Videos.

I chose Torch Song on the basis of the reviews in the trades and I was not prepared for the blackface sequence. Others have spoken more eloquently than I about blackface, but I cannot imagine how this seemed to anyone to be a good idea in the 1950s.

I’m going to guess that Bosley Crowther hated it.

In Torch Song, which arrived yesterday at Lowe’s State, Joan Crawford’s obvious charms are enhanced by Technicolor, and she wears a profusion of gowns and accessories likely to dazzle designers and debutantes while singing and dancing the numbers of a bulging musical comedy book. Miss Crawford, it is only fair to state, never looked lovelier and it might be indicated also that Torch Song is not precisely a bright new kind of story. Miss Crawford’s desperate need for love is the essence of the drama here, a film problem, it would appear, that she has encountered before. 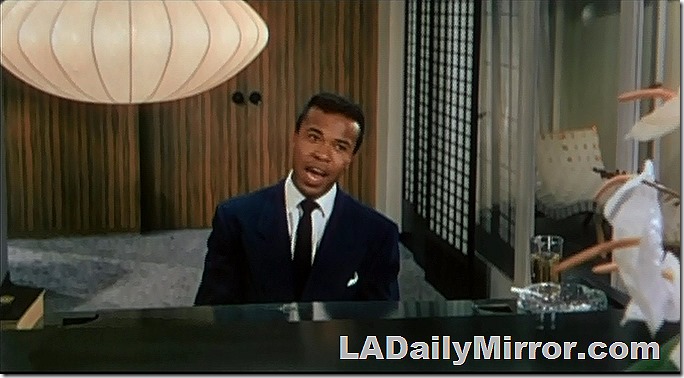 For Monday, we have a mysterious piano player.

Update: This is Rudy Render.

ps. I’m now <a href=”http://Mastodon“>on Mastodon. (Ignore this. It’s just to get the website verified at Mastodon).

For Tuesday, we have a mystery fellow. The leading lady in the fishnet stockings does NOT approve of such goings-on.

Update: This is Charles Walters and the fishnet-clad leg of Miss Crawford.

Update: This is Marjorie Rambeau.

Update: This is Maidie Norman.

For “Aha Thursday,” we have this mysterious fellow. Also Back of the Head Woman.

Update: This is Harry/Henry Morgan and Joan Crawford as Back of the Head Woman.

And this mystery guest. Our mysterious leading woman has been cropped out due to insufficient mysteriousness.

Update: This is Joan Crawford in one of her many costume changes in Torch Song. Also Gig Young. 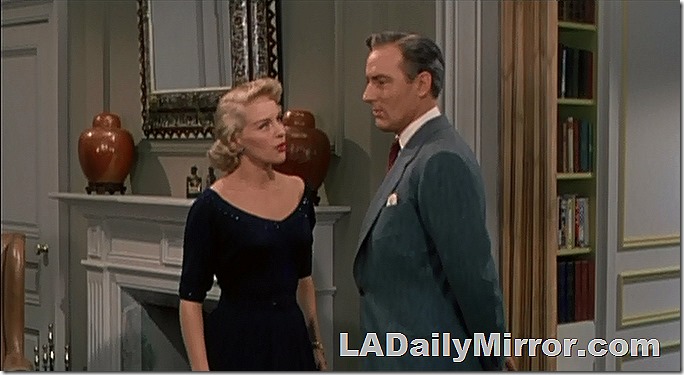 For Friday, we have our mysterious leading man and a mysterious companion.

Update: This is Dorothy Patrick and Michael Wilding. 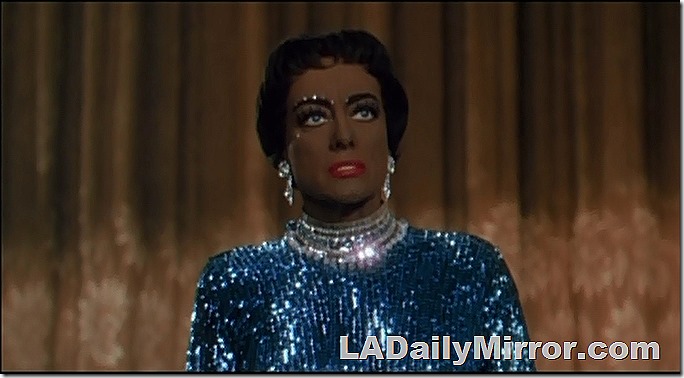 And then we have our mysterious leading lady in blackface. I wasn’t prepared for this sequence and my jaw was on the floor.

Update: This is Joan Crawford. Ouch.

I am retired from the Los Angeles Times
View all posts by lmharnisch →
This entry was posted in 1953, Film, Hollywood, Mystery Photo and tagged #Joan Crawford, #MGM, 1953, film, hollywood, Michael Wilding, mystery photo. Bookmark the permalink.