Screenplay by Earl Baldwin and Walter Bullock.  Adaptation by Michael Fessier and Ernest S. Pagano.  Suggested by a story by Frederick Hazlitt Brennan.

Lyrics and music by Leo Robin and Nacio Herb Brown It Goes to Your Toes, Give Me a Band and a Bandana, It’s All for Art’s Sake.

The DVD of Greenwich Village is available for streaming from Amazon.

I picked Greenwich Village because it hasn’t aired on TCM recently. It was a nice little surprise with a great musical dance number, It Goes to Your Toes, featuring the Four Step Brothers. And lots of Carmen Miranda, who has quite a few sequences.

There have been some diverting musical pictures made from good material without stars and there have been other popular productions in which those elements were reversed. But the chance of successful achievement without stars or material is practically nil. And that is why Greenwich Village, at the Roxy, is battling against the odds. The most meager sort of material, neither bright not original, is used to fill out the wide-open spaces in this Twentieth Century-Fox musical. And the only “name” players of any consequence employed to lug it around are Don Ameche, William Bendix and Carmen Miranda — a far from formidable cast. True, an ambitious newcomer, Vivian Blaine, is given a chance to show her “cherry blondness” and sing in a major role. But Miss Blaine is not a sensation. Technicolor is the picture’s chief asset.

For Monday, we have some mysterious dancers.

Update: This is a terrific dance number, It Goes to Your Toes, with “Sunshine Sammy” Morrison, right and other members of the Step Brothers, plus Les Hite on piano. 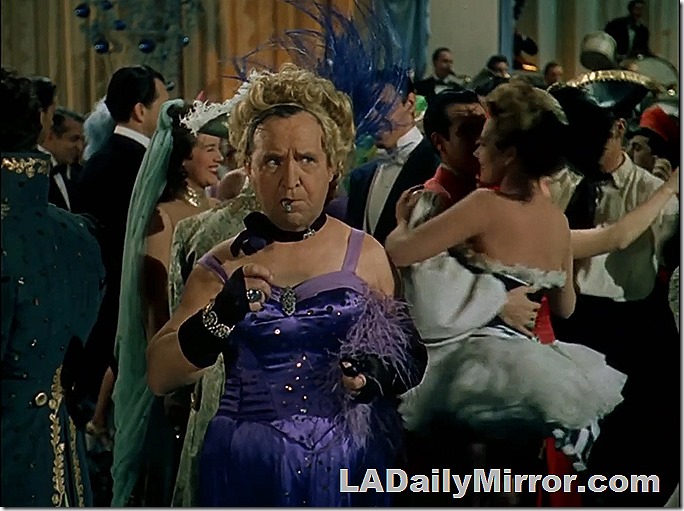 For “Tricky Tuesday,” we have a mystery guest.

Update: This is Frank Orth.

For “Hm Wednesday,” we have this mystery guest. His companion has been cropped out due to insufficient mysteriousness.

Update: For Friday, adding a mystery companion cropped out for insufficient mysteriousness.

Update: This is William Bendix and B.S. Pully.

We also have this distinguished gentleman. And Back of the Head Guy.

Update: This is Emil Rameau with Torben Meyer as Back of the Head Guy. 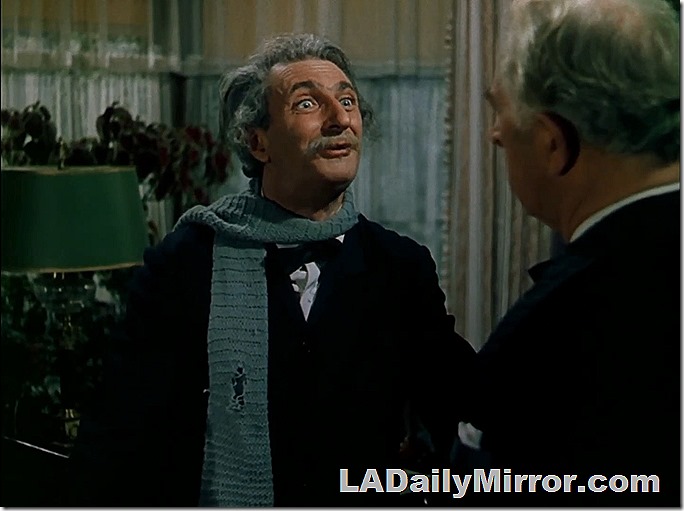 For “Aha Thursday,” we have a mystery gent. And Back of the Head Guy.

Update: This is Felix Bressart with Emil Rameau as Back of the Head Guy.

Update: This is Carmen Miranda.

For Friday, we have the dashing leading man in a straw hat.

Update: This is Don Ameche.

We also have a mystery woman with Back of the Head Guy.

Update: This is Vivian Blaine with Don Ameche as Back of the Head Guy.