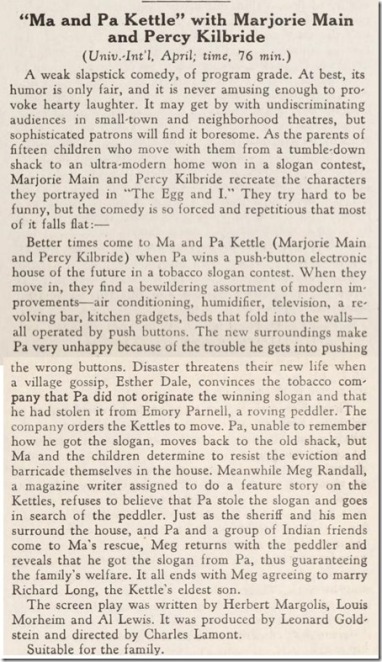 Based on the characters from The Egg and I by Betty MacDonald.

Sound by Leslie I. Carey and Richard DeWeese.

Ma and Pa Kettle is available on DVD from Critics’ Choice Videos.

I picked Ma and Pa Kettle after a remark by a member of the Brain Trust (you know who you are) that they would rather watch the entire Ma and Pa Kettle corpus than last week’s Johnny Got His Gun. And here we are!

I’m betting that Bosley passed Ma and Pa to the alphabet soup critics or lambasted it.

The powers at Universal-International, enchanted by those poor but happy, fecund rustics, Ma and Pa Kettle, obviously were right in transporting them from Betty MacDonald’s book, The Egg and I and the film version thereof to a picture all their own. Reports in trade circles have it that this modest little number, Ma and Pa Kettle by title, which arrived at the Palace yesterday, is surprising and gratifying its sponsors by the very healthy business it is doing around the country.

The answer to that phenomenon is, however, not too obvious to judge by the comic goings-on at the Palace. For this yarn about the adventures of the Kettles — Ma and Pa and the fifteen pint-sized Kettles — in the electronic house Pa wins in a slogan contest, is a mild entertainment depending almost entirely on its stars. 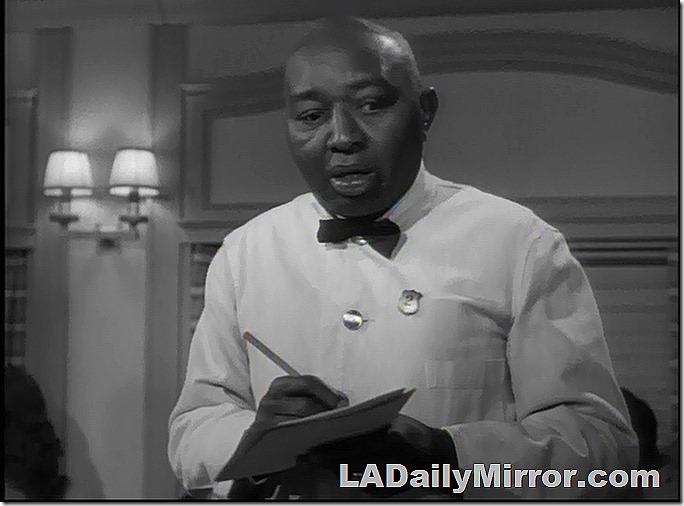 For Monday, we have a mystery fellow.

Update: This is Sam McDaniel. 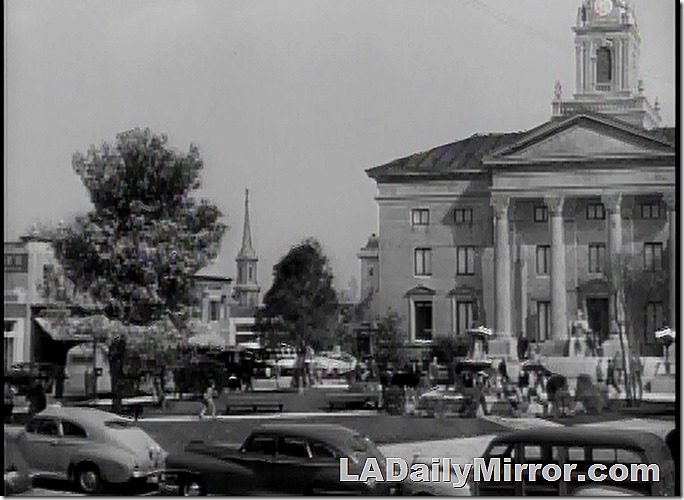 For “Tricky Tuesday,” we have a mysterious location. Also old cars.

Update: This is the town square at Universal. The building on the right appeared in many films and may be most famous as the clock tower in the Back to the Future trilogy. 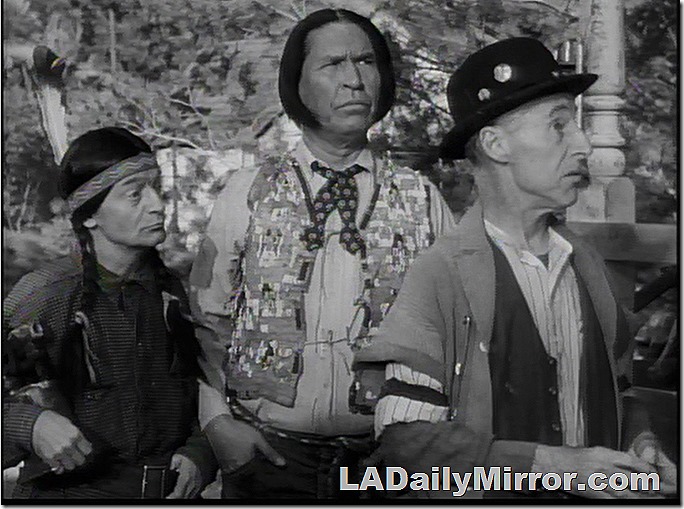 We also have these mystery fellows. Their companion has been cropped out due to insufficient mysteriousness and will appear later in the week.

Update: This is, from left, Lester Allen, Chief Yowlachie and Percy Kilbride.

For “Hm Wednesday,” we have this mysterious fellow.

Update: This is John Wald.

We also have this friendly mysterious gent.

Update: This is Emory Parnell.

For “Aha Thursday,” what may be the most mystery people ever to appear in one mystery photo!!

Also these two mystery women. And would you believe it? They do not approve of such goings-on!

Update: This is Isabel O’Madigan and Esther Dale. 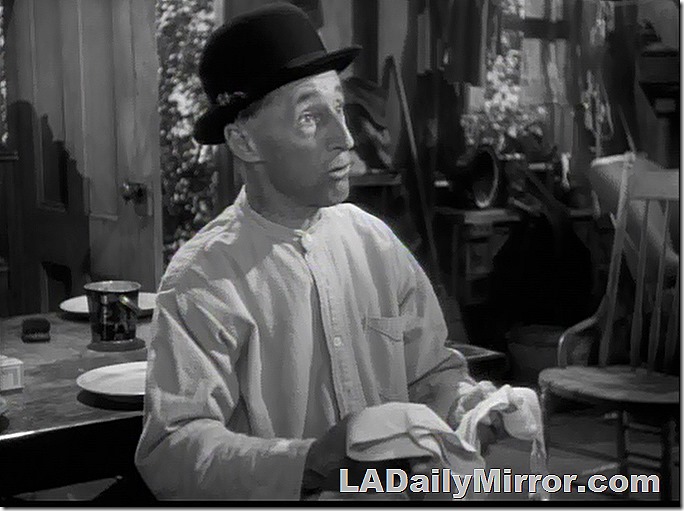 For Friday, we have this mysterious gent.

Update: This is Percy Kilbride. 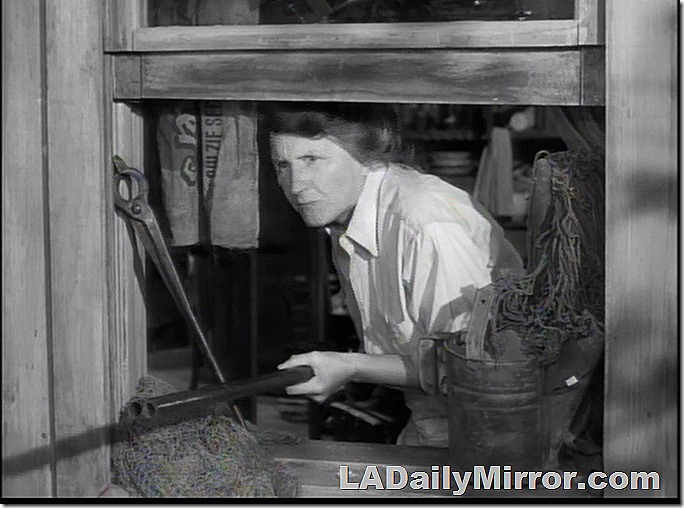 We also have this mystery woman. She, as you may suspect, does not approve of such goings-on.

And finally, we have this romantic couple. Also late 1940s lawn furniture.

Update: This is Meg Randall and Richard Long.

I am retired from the Los Angeles Times
View all posts by lmharnisch →
This entry was posted in 1949, Film, Hollywood, Mystery Photo and tagged 1949, film, hollywood, Marjorie Main, mystery photo, Percy Kilbride, Universal. Bookmark the permalink.