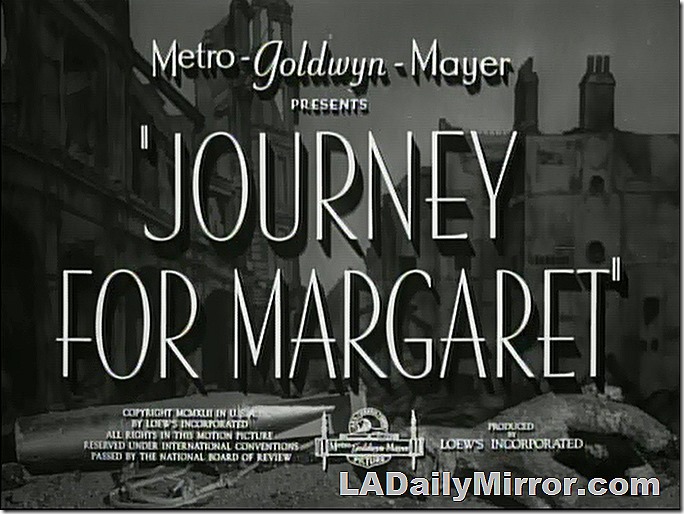 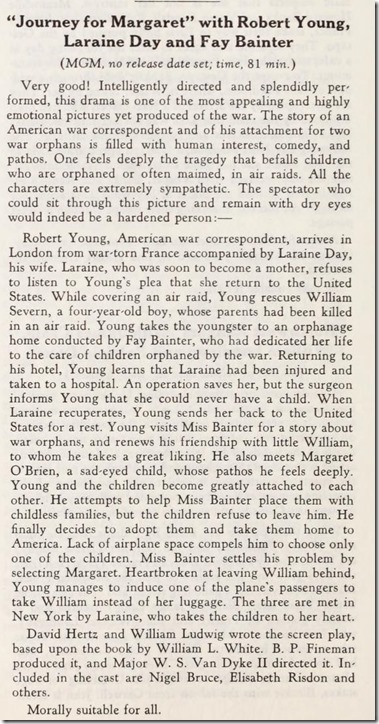 Screenplay by David Hertz and William Ludwig, from the book by William L. White.

Journey for Margaret is available on a Warner Archive DVD from Critics’ Choice Videos.

I picked Journey for Margaret by going through the trades for 1942. The movie was critically acclaimed. This is the second mystery movie this year on children refugees of World War II, as I did The Search (1948) in January. Both films underscore the deep trauma suffered by children in the war. As might be said of all wars.

When big bombers come, little children do not count for much. They are part of the jetsam, living and dead, that is lifted from the ruins and rubble that once were homes. But what can happen to childhood in that horror is the substance of one of the year’s rare and shining achievements from Hollywood. In Journey for Margaret, the new film at the Capitol, David Hertz and William Ludwig have adapted, and W.S. Van Dyke 2d directed a drama to stand beside the few unballyhooed classics of the screen. By the slightest and simplest of means they have created a picture of tortured childhood that will not soon be forgotten by anyone who has ever loved a child. 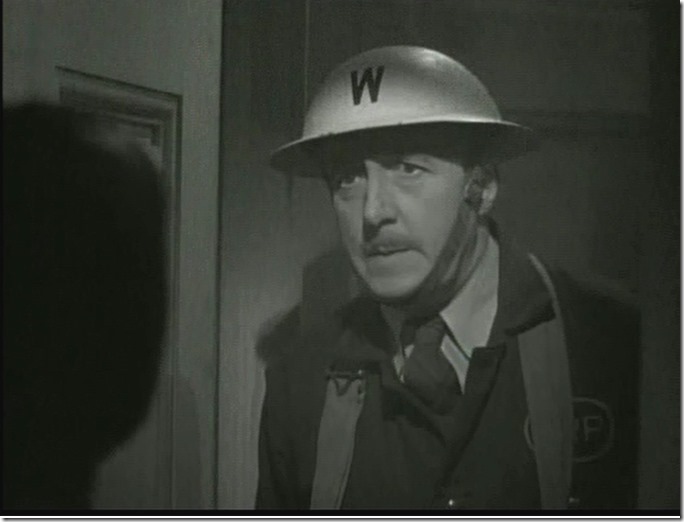 For Monday, we have a mysterious gentleman. And Back of the Head Person.

Update: This is Matthew Boulton with Robert Young as Back of the Head Guy. 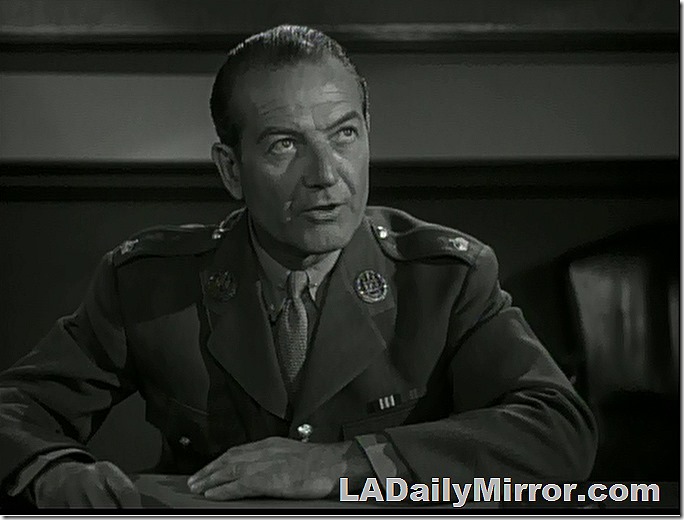 For Tuesday, we have a mystery person. He does not approve of such goings-on.

Update: This is Leyland Hodgson. 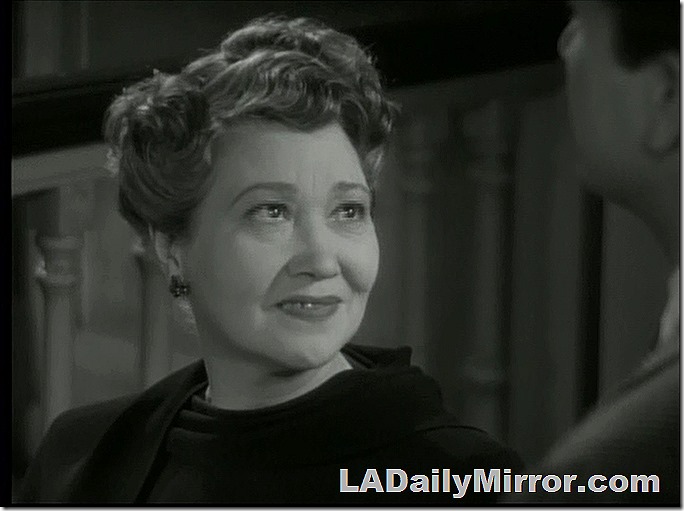 Update: This is Fay Bainter with Robert Young as Back of the Neck Guy. 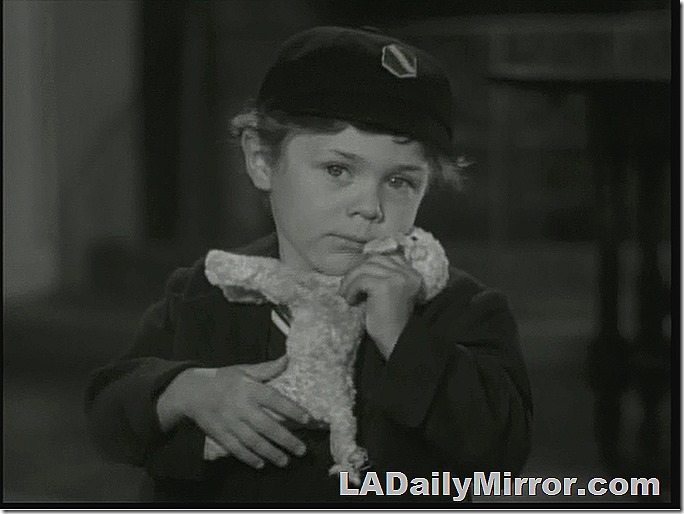 For “Aha Thursday,” we have a mystery lad.

Update: This is William Severn. 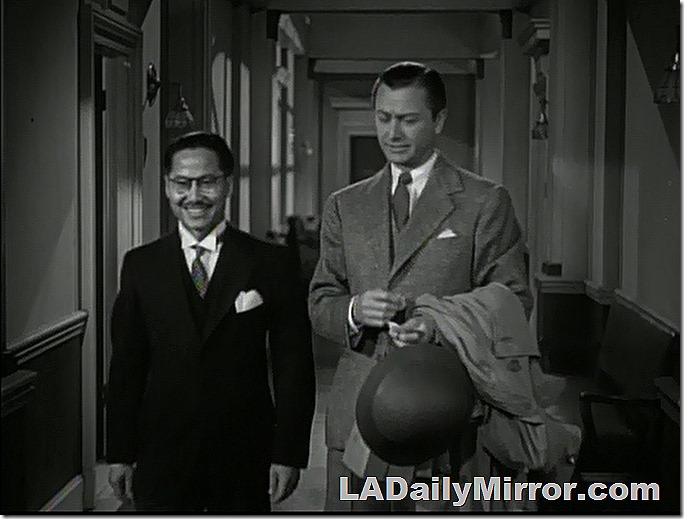 We also have this mysterious fellow. His companion has been cropped out due to insufficient mysteriousness.

Updating: Adding mystery gent cropped out due to lack of mysteriousness.

Update: This is Keye Luke, left and Robert Young. 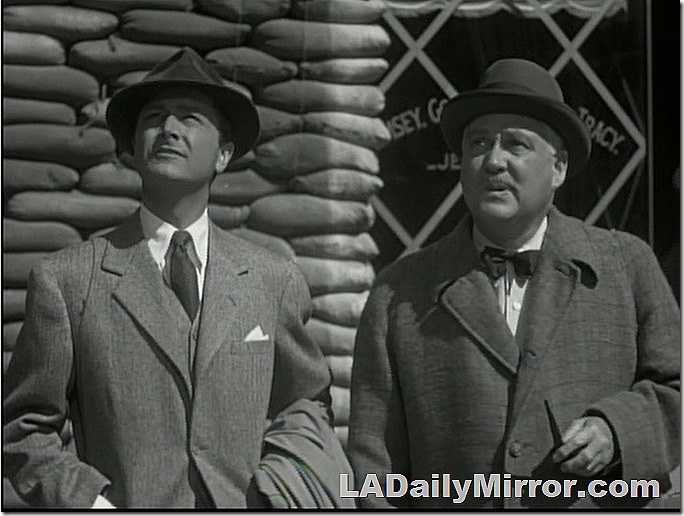 And finally, this mystery fellow. Again, his companion has been cropped out due to insufficient mysteriousness.

Update: Adding mystery gent cropped out due to lack of mysteriousness.

Update: This is Robert Young and Nigel Bruce. 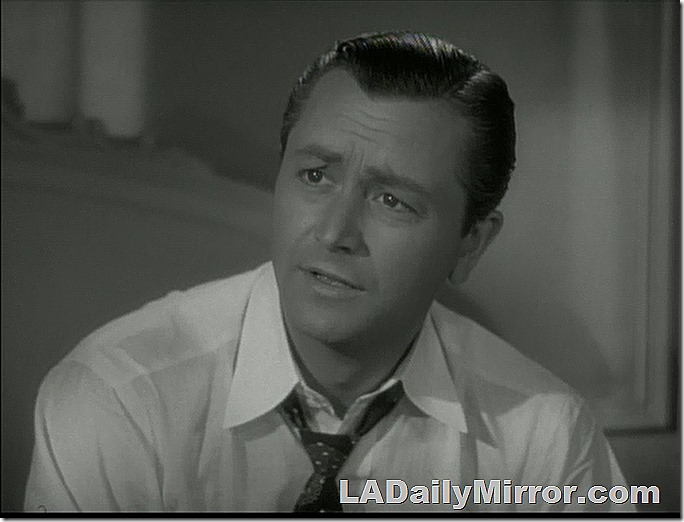 For Friday, we have this mystery fellow (again).

Update: This is Robert Young. 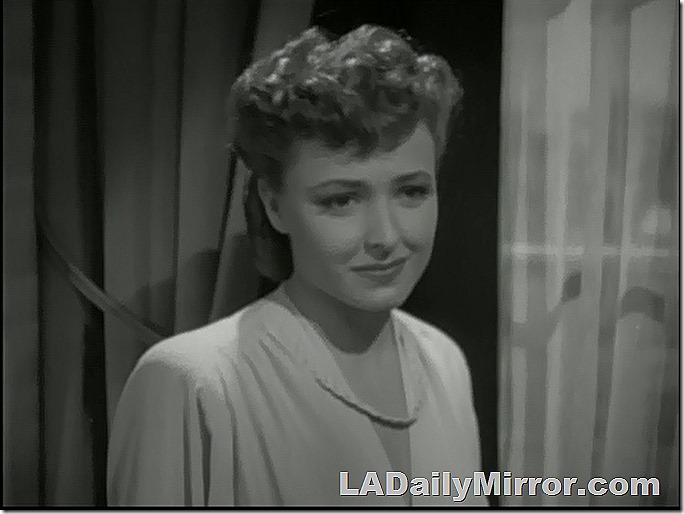 And this mystery woman.

Update: This is Laraine Day. 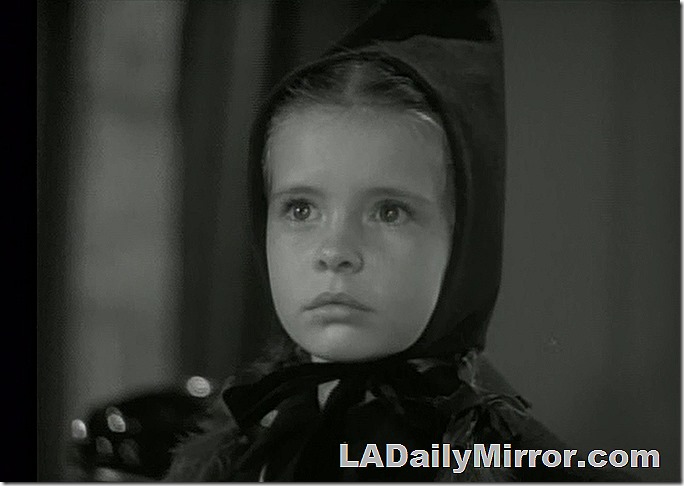 Update: This is Margaret O’Brien.