Posted on December 4, 2020 by lmharnisch 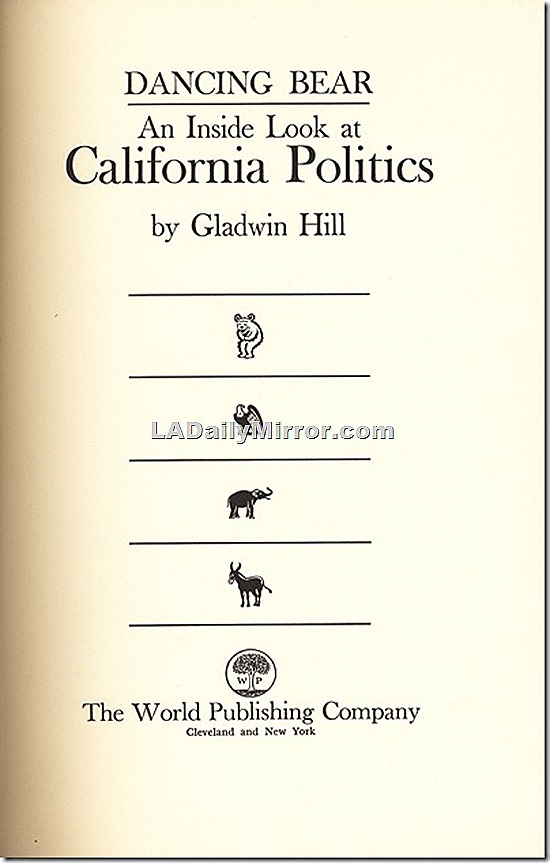 Gladwin Hill’s “Dancing Bear: An Inside Look at California Politics,” published in 1968, is a new addition to my annual holiday gift suggestions. I’m generally cool toward books on California politics (the result of reading a zillion stories out of Sacramento during my years at the Los Angeles Times). Hill’s book is an exception. He was the New York Times bureau chief in Los Angeles and observed California as an outsider. I reviewed the book in 2011 a blog post. Hill gets into the history of California government and has a particularly insightful section on the early political career of Ronald Reagan.

“Dancing Bear” is long out of print, but used copies are plentiful and cheap.