It’s no surprise that “Gentlemen Are Born” has never been commercially released. It’s a bleak, downbeat movie. There’s none of the “Push Dem Blues Away” cheerfulness of other Depression-era movies. It’s grim all the way, with the requisite happy ending for whoever manages to survive. Four carefree college graduates (Franchot Tone, Ross Alexander, Nick Foran and Robert Light) leave the halls of ivy and are pulverized by the real world.

Although the movie had to pass the Production Code, it still manages to be racy, at least by inference. In once segment Susan (Ann Dvorak) insists that Bob (Franchot Tone) walk her around the park for at least an hour while their friends Tom (Ross Alexander) and Trudy (Jean Muir) rush back to the apartment. Susan, tsking at Bob’s naivete, explains that they “just want to play house.” And you might thank the code for Tom and Trudy having a quickie marriage and a baby (yes, in that order) in what is presented as a risky, scary procedure. Message received loud and clear, Mr. Hays and Mr. Breen.

I chose this movie based on a write-up in Motion Picture Reviews, by the Los Angeles Branch of the AAUW.

Here is a clever, vital story of contemporary life. Depicting the tragedies and disappointments of four college graduates for the first time confronted with real problems of life, it is rather somber in tone, but it also offers a hopeful and satisfying picture of the loyalty and courageous perseverance of these young men against disheartening odds. It is sincerely presented and has refreshingly little of the sophistication usually deemed inevitable wherever young people are shown on the screen.

The National Board of Review said (December 1934):

A timely story of four boys who graduate from college during the depression, and their struggles for a living against the economic conditions. Well acted and highly interesting.

An exceptionally fine, serious film about the boys who graduate from college during the hard days. Good anywhere.

The struggles of college graduates to make a living are presented divertingly, if unimportantly, without lighting the way to a solution of the same difficulties in real life. The viewpoint is old-fashioned because it represents the young people as gayly optimistic over the future, assuming that they need only to make known that they are available to be taken on wherever they apply. Yet their subsequent setbacks never cause any of them to go to those great department stores where only college graduates are employed and experienced job-seekers are rejected…. It is in fact a fairly attractive film, missing its possibilities because it is superficial. Fans will like Mr. Alexander, a newcomer, for his glib breeziness and Mr. Foran is especially human and believable as a star football player who finds it impossible to become a coach on leaving college and meets a tragic end. Miss Muir is disappointingly cast as a commonplace character.

In “Gentlemen Are Born,” the cinema curls its lip and grows sentimentally bitter over the failure of the colleges to advise their young men about the unemployment situation. With a considerable show of anger, the Strand’s new photoplay reveals how the dreams and high ambitions of four classmates are rudely punctured upon the occasion of their entrance into the world of savage economic realities. Unfortunately, the new drama, after a brave and stirring advance on the somewhat vague phantoms of social evils, contents itself with a good deal of tentative shadow-boxing around its subject. After a succession of morose and violent climaxes, “Gentlemen Are Born” solves the problem to its own satisfaction by permitting Franchot Tone to marry Margaret Lindsay, thereby conquering not only life, but the depression, and also the difficulties of raising a family on $20 a week.

For Monday, we have a mysterious pair. This is disreputable mystery gent No. 1. He’s having a little talk with …

Update: This is Addison Richards.

Update: This is Bradley Page. 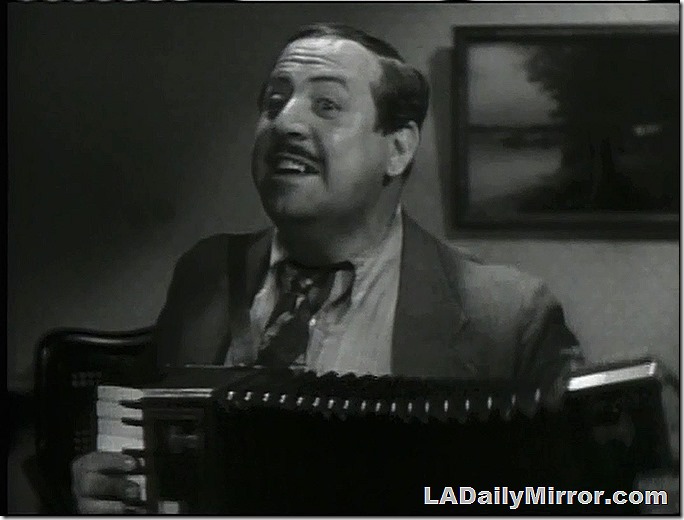 For Tuesday, we have a mysterious accordion player. He approves of such goings-on.

Update: This is George Humbert.

For “Hm Wednesday,” we have this mystery gent. He does not approve of such goings-on. 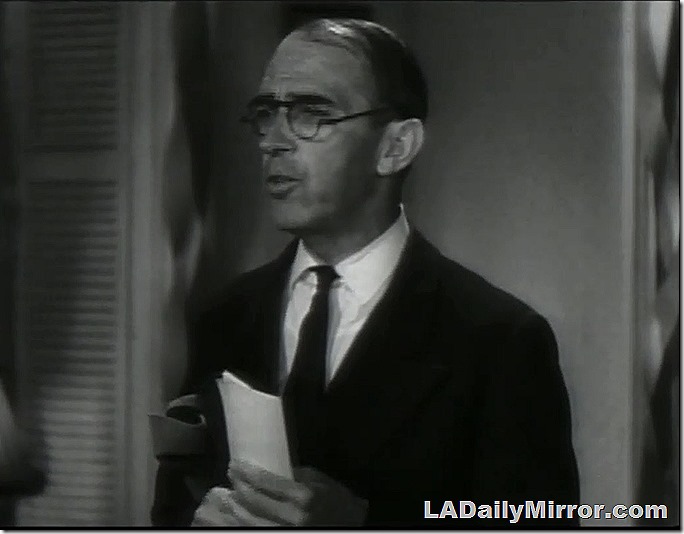 We also have this mystery gent. His entire job in the mystery film consists of approving such goings-on.

Update: This is Arthur Aylesworth.

For “Aha Thursday,” we have this mystery couple.

Update: This is Ross Alexander and Jean Muir. 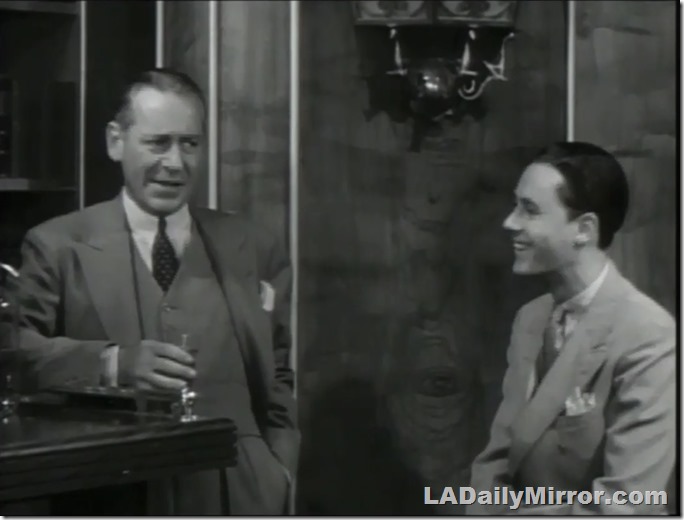 Also for Thursday, we have these two somewhat mysterious gents.

Update: This is Henry O’Neill and Robert Light. 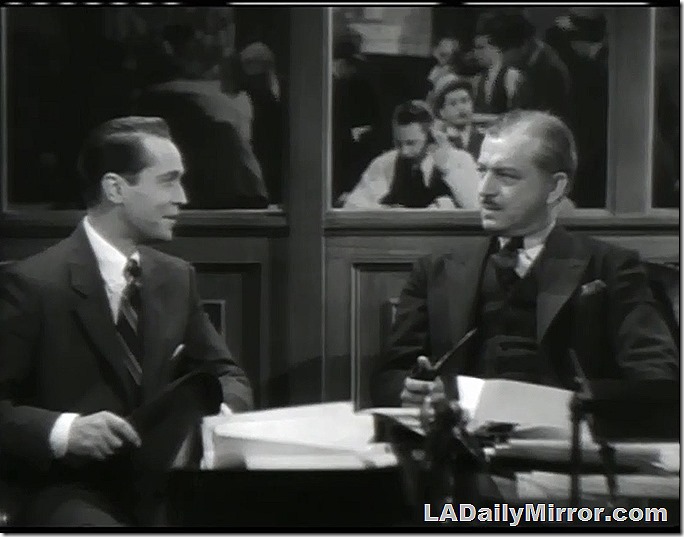 And finally, we have this mystery gentleman, though our leading man has been cropped out due to insufficient mysteriousness. I would bet my grandmother’s paisley shawl that you recognize our mystery chap.

Update: This is Russell Hicks, who plays crooked bond salesman J. Frothingham Waterbury in “The Bank Dick,” in the uncropped image with Franchot Tone.

For Friday, we have this mystery couple….

Update: This is Ann Dvorak and Dick Foran.

… and this mystery couple.

Update: This is Franchot Tone and Margaret Lindsay.