Screenplay by Leonard Spigelgass and Karl Tunberg, based on the play “The Last of Mrs. Cheyney” by Frederick Lonsdale.  Photography by George J. Folsey, art direction by Cedric Gibbons and Daniel B. Cathcard, editing by James E. Newcom and William Gulick, music by Carmen Dragon, recording by Douglas Shearer, set decoration by Edwin B. Willis and Jack D. Moore, special effects by Warren Newcombe, women’s costumes by Walter Plunkett, men’s costumes by Gile Steele, hairstyles by Sydney Guilaroff and makeup by William Tuttle. Produced and directed by Edwin H. Knopf.

“The Law and the Lady” is available on DVD from Warner Archive.

This is a remake of the recent mystery movie “The Last of Mrs. Cheyney.” The 1937 version with Joan Crawford, William Powell and Robert Montgomery just aired on TCM, so I skipped ahead to “The Law and the Lady,” which draws from the play in some ways, but makes numerous alterations and additions.

Frederick Lonsdale’s romantic melodrama, “The Last of Mrs. Cheyney,” first drew plaudits in the theatre in 1925. Since then, Metro-Goldwyn-Mayer has seen fit to film it twice, in 1929 and in 1937. Now, the company, apparently convinced that the property is durable, has revived it a third time under the title, “The Law and the Lady.” Metro, to put matters in a nutshell, does not have the sturdy offering one would imagine. For the vehicle, which began a stand at the Capitol yesterday, is a slow one. And the barbed and witty lines of the author seem to have lost their gaiety and brilliance through the script of Leonard Spigelgass and Karl Tunberg.

Mrs. Lonsdale’s format was a pleasing one. His idea of pairing a ne’er-do-well British gentleman and a bright, beautiful but low-born lady in a career of genteel crime is still intriguing. But the cheerful expectancy with which one awaits the unfolding of the plot once he notes the forward – “it is the turn of the century — if they would have known what was ahead they would have never turned it” — is considerably dampened by what ensues.

For Monday, we have a mystery woman. I suppose this goes without saying, but I’ll say it anyway: She does not approve of such goings-on.

Update: This is Soledad Jimenez.

For Tuesday, we have a mystery woman. She disapproves of such goings-on to a remarkable degree. (Note: I had to crop out our leading man due to his lack of mysteriousness. He will appear Friday.)

Update: This is Phyllis Stanley.

Update: This is Natalie Schafer (yes, Lovey from “Gilligan’s Island”), Margalo Gillmore, Ralph Dumke and in the background Aen-Ling Chow.

For Thursday, we have a woman who is severely lacking in mysteriousness. 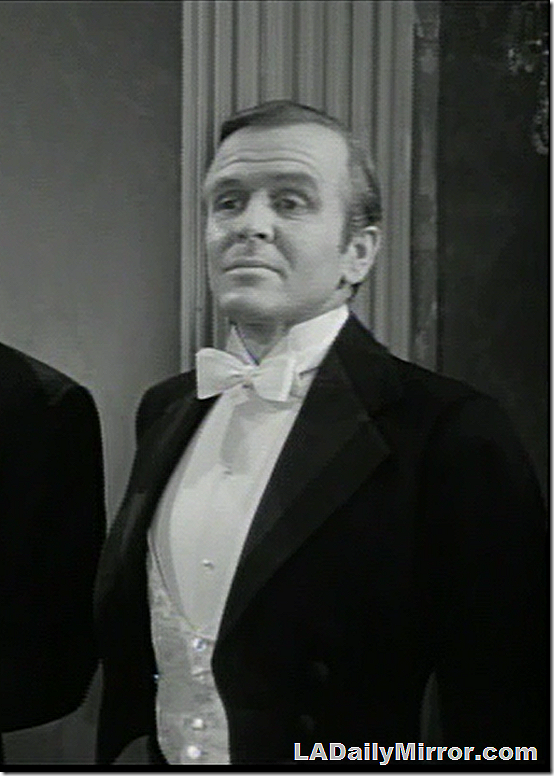 Also for Thursday, we have a similarly mystery-impaired gent. The leading man has been cropped out as he has no mysteriousness whatsoever. He will appear on Friday.

Update: This is Hayden Rorke before “I Dream of Jeannie.”

For Friday, our non-mysterious leading lady gazes into the mirror.

Update: This is Greer Garson.

Our non-mystery woman has an unmysterious companion.

Update: This is Greer Garson and Fernando Lamas. 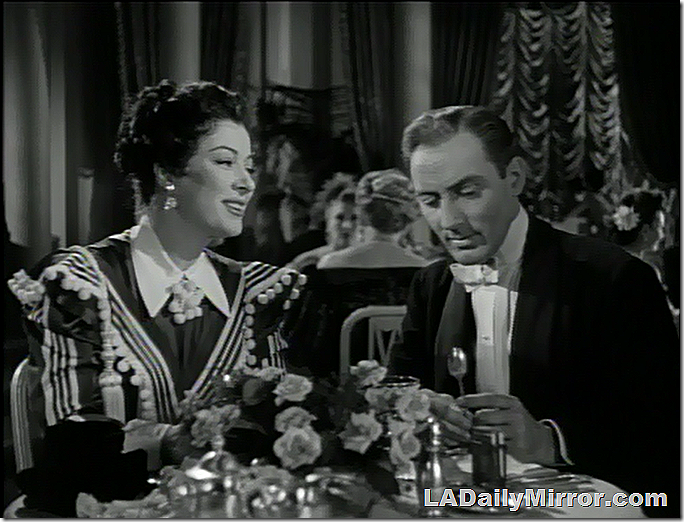 Oh my. Our non-mystery woman has another unmysterious companion. Such goings-on!

Update: This is Greer Garson and Michael Wilding.

I am retired from the Los Angeles Times
View all posts by lmharnisch →
This entry was posted in 1951, Film, Hollywood, Mystery Photo and tagged #MGM, 1951, Fernando Lamas, film, Greer Garson, hollywood, Michael Wilding, mystery photo, remakes, The Law and the Lady. Bookmark the permalink.