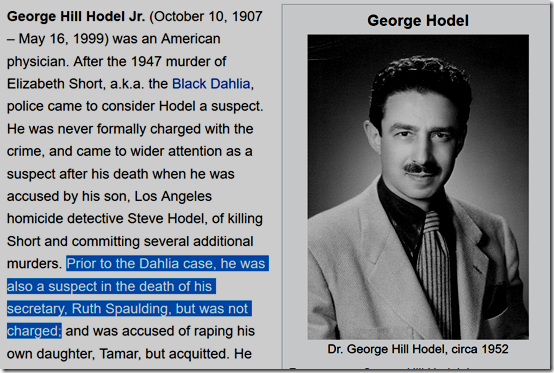 But, no, nobody was suspected in the death of poor old Ruth Spaulding because it wasn’t a homicide. It was a suicide.

Of course, that doesn’t suit the purposes of the “Black Dahlia Avenger” franchise. But it happens to be true. How terribly inconvenient.