A practical joke from 1947 is the source of the “Black Dahlia Avenger” franchise.

During the investigation of the Black Dahlia case, the killer mailed a small envelope of Elizabeth Short’s belongings to the newspapers. After that, crackpots and pranksters flooded the police and the newspapers with joke messages. One prankster using the name “Black Dahlia Avenger” sent a string of postcards and messages to the Los Angeles Herald-Express, often spelling the name “Hearld.”

Police and the newspapers attached no significance whatsoever to these prank messages. it wasn’t until Steve Hodel came along in 2003 that “Black Dahlia Avenger” was anything but a joke.

On Jan. 30, 1947, the Los Angeles Herald-Express published, under the subhead “ ‘Idiots’ Delight Messages,” a communication of cut-out words and the picture of a young man later identified as Armand Robles.

Here’s the actual photograph, from the Los Angeles Public Library. The Herald-Express retouched the picture for publication. It also ran the unretouched image.

The next day, the Herald-Express ran the picture of Armand Robles holding the previous day’s front page. 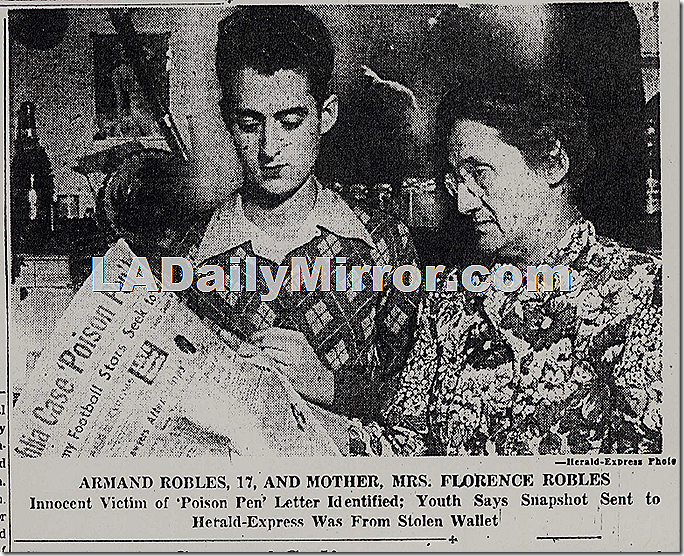 Here’s the Herald’s story. Notice that it calls the crackpot letters “a strange flotsam of venomous scribblings and low buffoonery.”   Armand Robles said the photos were in his wallet, which was stolen several weeks before. He described the robber (or “footpad” to use the archaic newspaper term) as “a well-dressed tall man driving a late model car.” 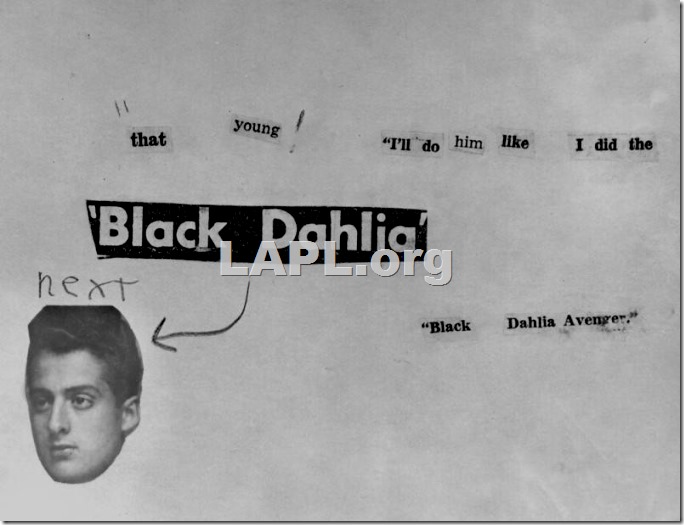 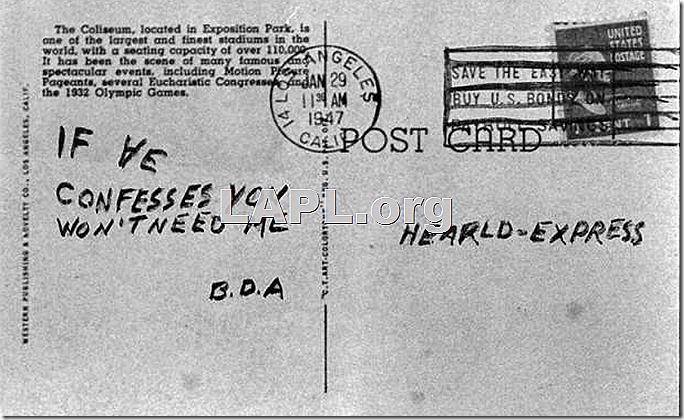 Black Dahlia Avenger was nothing but a practical joke and whoever sent the messages must be laughing, if only in the afterlife.